Portfolio manager Christine Poole is getting a lot of the same questions from investors amid the recent market pullbacks. “Investors want to know, ‘Is this the end of the cycle? Should we be more conservative and raise cash?’ ” says Ms. Poole, chief executive officer and managing director at Toronto-based GlobeInvest Capital Management Inc. Her view is that the latest drop isn’t a prelude to a recession, at least not in the near term.

Her firm, which oversees about $170-million in assets for predominantly high-net-worth clients, invests mostly in large-cap North American stocks, about 40 per cent of which are U.S. companies. GlobeInvest’s all-equity portfolios are up an average of 4 per cent over the past year, as of Nov. 16, versus a drop of about 5 per cent for the S&P/TSX Composite Index. The Globe and Mail recently spoke with Ms. Poole about what she’s been buying and selling, and a high-flying retail stock she regrets not getting into.

We are mostly a GARP manager, which is growth-at-a-reasonable-price. Buying at the right price is important. While there are many great companies out there, we want to buy them at attractive prices. We try to assess the upside over a year or two and the potential downside. We look at names with common attributes including a strong balance sheet, strong management team and valuation is obviously important. At this stage in the cycle, we want companies that are in attractive sectors with competitive positions that have strong balance sheets and aren’t relying on debt to finance their growth, given that interest rates are rising.

What’s your take on the current market activity?

My view on markets and the economic cycle has not changed. We are in the later stages of the economic recovery that started in 2009. Pullbacks/corrections are not uncommon; markets are recalibrating to a higher interest rate environment and slower corporate profit growth. Volatility will likely remain high. We are constructive longer-term [based on certain U.S. economic indicators such as employment and consumer spending]. We don’t see signs of a pending recession over the next 12 months. We expect markets to be higher a year from now. The rate of corporate earnings growth has probably peaked [in the current economic cycle], but we see growth next year – it just might not be at that double-digit level. One of the big overhangs on the market is what happens with global trade, specifically the trade war between the U.S. and China.

One is Nutrien Ltd., created from the merger between Potash Corp. and Agrium. We were Agrium shareholders. We kept the merged entity and have been buying Nutrien proactively. The company has surpassed its expectations of operating synergies and will be expanding its retail agriculture business with money used from required asset sales. Nutrien also recently increased its quarterly dividend by 7.5 per cent [to 43 cents from 40 cents]. The company said potash pricing has also improved and should stay relatively tight. If prices continue to improve, they have idle capacity they can bring on stream.

We also see Canadian banks are an attractive sector. While share prices have been negative year-to-date, earnings are up and valuation levels are more attractive, trading below historical averages. The overhang on the sector has been residential mortgage growth, but the banks are diversifying. [Another overhang] has been the trade issue, which has mostly been resolved. The yields on banks are also attractive, averaging around 4 per cent. The banks have also been increasing their dividends. In particular, we’ve been buying Toronto-Dominion Bank and Royal Bank of Canada, due in part to their sizable U.S. operations, which are doing well.

We sold appliance manufacturer Whirlpool Corp. in July, which we owned for a couple of years. We sold the position at a loss because of deteriorating business conditions and low visibility on the timing of improvements. The company is seeing lower margins in the U.S. due to elevated steel and freight costs and, given a competitive environment, has been unable to fully pass through higher costs. Whirlpool has also experienced greater-than-expected operational challenges internationally, which has pushed out margin improvement targets.

Lululemon Athletica Inc. We’ve never owned it, but it has always been on my radar and I like their products. Back in May, 2017, the stock was trading near US$50 [because of some operations issues]. They fixed those and their men’s line and international expansions have gone well. The stock is now up more than 100 per cent [trading around US$125]. The valuation is too high for us to justify buying at this level. 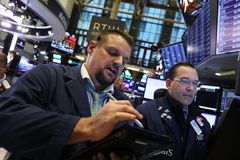