If you want to buy a promising Canadian bank stock this year, consider Canadian Imperial Bank of Commerce. The reason? The stock has been underperforming.

CIBC shares increased just 6.3 per cent in 2019 (not including dividends), trailing the other big banks. The reason to pounce: Canada’s big banks tend to rebound from bummer years.

The numbers support this theory over the long term.

Since 2000, following a strategy of buying the previous year’s worst-performing bank stock and holding it for the current year delivered an average annual gain of 15 per cent (also not including dividends). The strategy beat the performance of the Big Six (which gained an average of 10 per cent since 2000) and the broad S&P/TSX Composite Index (5 per cent).

The strategy doesn’t always work, and it certainly misfired last year. CIBC was the top pick for 2019 after the share price sank 17 per cent in 2018. Although the shares rebounded in 2019, they lagged peers and the S&P/TSX.

The best performer by far was National Bank of Canada, which surged nearly 29 per cent in 2019 partly because of a strong Quebec economy. But this stock-picking strategy wouldn’t have exposed you to the stock: Yes, it’s a Big Six stock and included in index returns, but I haven’t included it in the strategy because it is considerably smaller and less diversified than its bigger peers. In any case, the bank wasn’t a laggard in the previous year.

If you invest in CIBC this year, you’ll be getting a stock that is curiously cheap. The shares trade at just 9.1 times trailing per-share profit, according to Bloomberg. That’s by far the lowest price-to-earnings ratio among the five biggest banks. Royal Bank of Canada’s P/E, for example, is 11.9.

You’ll also be getting a stock with a hefty dividend. CIBC’s dividend yield is 5.3 per cent, which is considerably larger than the average yield of 4.3 per cent for its four peers.

CIBC has appeared on the laggard list nine times since 2000, which is more than any other bank. It has gone on to beat an index of Big Six bank stocks seven times, though, which is a compelling 78-per-cent success rate.

But be warned: This is a contrarian pick. Most analysts don’t care for CIBC, which has just one lonely buy recommendation among the 15 analysts covering the stock, according to Bloomberg. Many analysts believe that the bank’s rising expenses and provisions for credit losses (money set aside to cover bad loans) will weigh on the share price this year.

If betting on one underperforming bank stock seems a bit risky, then consider an exchange-traded fund. There are at least three ETFs that employ versions of this laggard strategy, while giving investors exposure to all of the Big Six banks.

The BMO Equal Weight Banks Index ETF (ticker ZEB – full disclosure: I own units of this fund) holds all six bank stocks and usually rebalances twice a year, ensuring that you are selling the outperformers and buying the underperformers. The fund returned a total of 16 per cent in 2019 (including dividends), beating the 14.1-per-cent total return for the S&P/TSX Diversified Bank Index.

The RBC Canadian Bank Yield Index ETF (RBNK) weights bank stocks according to yield, and rebalances four times each year. Right now, high-yielding CIBC and Bank of Nova Scotia have a combined weighting of 48.3 per cent, while lower-yielding RBC and Toronto-Dominion Bank have a combined weighting of just 16.4 per cent. The fund returned a total of 17 per cent in 2019, including dividends.

The Hamilton Canadian Bank Variable-Weight ETF (HCB) rebalances its portfolio monthly, investing 80 per cent of its assets in the three underperforming bank stocks and 20 per cent in the three outperformers. The fund returned a total, including dividends, of 13.7 per cent in 2019.

What do all three ETFs have in common? They’re all betting big on CIBC. 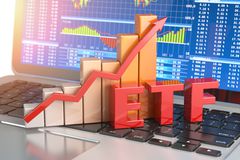 Market movers: Stocks that saw action on Thursday - and why
Subscriber content
January 9, 2020 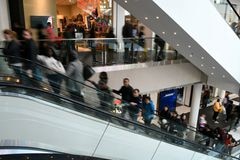 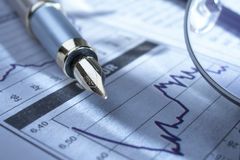