Coronavirus information
The Zero Canada Project provides resources to help you make the most of staying home.
Visit the hub
David BermanInvestment Reporter
Published April 14, 2020 Updated April 14, 2020
For Subscribers
Comments
Please log in to listen to this story. Also available in French and Mandarin. Log In Create Free Account

Cineworld Group PLC’s takeover deal for Canada’s Cineplex Inc. has encountered another potential hurdle months after the two cinema chains agreed to a merger: Cineworld bondholders may be attempting to block the deal, according to a report.

Britain’s Telegraph reported that U.S. and Canadian bondholders who recently purchased Cineworld debt have hired Houlihan Lokey Inc., a Los Angeles-based mergers-and-acquisitions advisory firm, to explore alternatives to completing the planned takeover now that the value of theatre chains appears to be in free fall.

Disgruntled bond investors add to the uncertainty hanging over the friendly deal, which was announced in December, approved by shareholders at both companies in February and was expected to be completed in the first half of this year.

The coronavirus pandemic has hit theatre stocks particularly hard since the deal was struck. Cineworld shares fell as much as 90 per cent from the start of 2020 to their lowest point on March 17, as equity investors fretted over the financial health of a company that must service US$3.5-billion in debt with closed theatres generating no revenue. The Britain-listed shares fell 18.4 per cent on Tuesday.

Cineplex shares also fell sharply, touching an intraday low of $6.30 last month. The shares have since recovered some lost ground, closing at $12.26 in Toronto on Tuesday, up 1.83 per cent.

But the shares remain 64 per cent below the deal price of $34 a share, implying that Cineplex is valued at just $760-million based on the combined value of its outstanding shares. That suggests a low level of confidence among equity investors that the takeover – valued at $2.8-billion, including debt – will proceed as planned.

Although the pandemic appears to offer little legal room for Cineworld to wriggle out of the deal, some observers say that the Canadian government could withhold its approval of the merger if the deteriorating financial health of Cineworld affects the company’s ability to add a net benefit to the Cineplex chain.

The date for approval of the deal required under the Investment Canada Act was recently extended for a yet-to-be-determined period.

As well, both companies may have to satisfy certain financial requirements for the deal to proceed. Cineplex must keep its debt below $725-million and Cineworld’s debt covenants will be tested if its net debt relative to EBITDA (earnings before interest, taxes, depreciation and amortization) rises above 5.5 – potentially difficult thresholds to avoid when theatres remain closed.

The latest word from both companies, however, is that the deal is on track.

“The deal in our eyes is a very good deal,” Cineworld’s Mr. Greidinger said during a conference call with analysts on March 12, after the company reported its 2019 financial results and commented on the prospect of theatres remaining closed for months.

He added: “We even think that the deal is better than what we thought.”

Oddly, gold and stocks are surging at the same time. Investors should be wary
Subscriber content
April 14, 2020 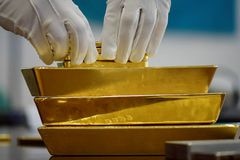 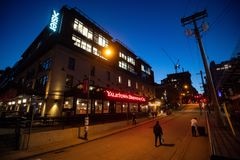 Short sales on the TSX: What bearish investors are betting against
Subscriber content
April 14, 2020