Citi’s foreign exchange strategy team wrote that “you’d be loonie” not to sell USDCAD, meaning they believe the Canadian dollar is set to rally against the greenback,

“In the latest BoC BOS survey, the negative outlook of firms towards US policy announcements with regard to their current and future business situation was flat-to-lower in the same period where CAD bore the brunt of trade tension worries, implying this CAD selling was misplaced. Amid a backdrop of improving NAFTA dialogue and low investor conviction, the BoC acknowledging the relatively sanguine outlook of firms towards US policy alongside good data should stand out as a strong signal for further CAD upside.”

“@SBarlow_ROB Citi: “USDCAD: You’d be Loonie not to sell it” “ – (research excerpt) Twitter

I wrote a longer price for Friday’s paper highlighting Morgan Stanley’s belief that the upcoming U.S. earnings season will be as good as it gets for equity investors this year. Ritholtz Wealth management’s Josh Brown cites a solid counterpoint in The Forward P/E Ratio Has Collapsed ,

“Wall Street’s favorite valuation measure has fallen at a speed usually only seen in a crisis. That doesn’t mean stocks are a screaming bargain. But the 12-month forward price/earnings ratio on the S&P 500 has fallen from a 16-year high of 18.6 times adjusted earnings at the end of January to 16.4 times”

“Why this hyped-up earnings season could end up being a big disappointment for investors” – Barlow, Inside the Market

The International Energy Agency thinks the global oil glut is all but over,

’Less than 10 percent of the surplus in oil inventories remains, as OPEC and its partners have cut production by even more than they intended while world demand soars, said the agency. As Venezuela’s unraveling economy hits its oil production, unplanned losses among the alliance exceed the cut pledged by OPEC’s biggest member, Saudi Arabia.”

Maclean’s detailed a research report showing how speculators have been driving the Toronto housing market higher,

“Toronto brokerage Realosophy Realty Inc. found 16.5 per cent of low-rise houses in the Greater Toronto Area were purchased by investors during the first quarter of 2017, the peak of the bubble. In 2012, investors accounted for only 4.8 per cent of low-rise purchases… “This was largely a speculator driven bubble,” says Realosophy president John Pasalis. Without investor purchases, sales in the first quarter of 2017 would have actually fallen.”

FT Alphaville thumbed their nose at cryptocurrency and blockchain acolytes,

“The integrity of data on a public blockchain can be trusted not to change, but that says nothing about whether the data is right in the first place. For votes, tuna, shipping containers or mango supply chains, a blockchain registry would only be as good or as trustworthy as the people contributing to it… At some point the usefulness of trust, and the slow and complicated reality of interacting with existing human practices, is going to deflate the blockchain bubble.”

“Sell all crypto and abandon all blockchain” – FT Alphaville

It’s tricky to make a profit from one-shot cures. And for at least one big drug maker, the answer to the question, “Is curing patients a sustainable business model?” is no. https://t.co/ObxohmKS6x

Diversion: “The Human Body Is Too Complex for Easy Fixes: You don’t need to be hacked.” – The Atlantic 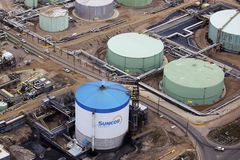 Why this hyped-up earnings season could end up being a big disappointment for investors
Subscriber content
April 12, 2018 How pot stock analyst picks have fared, stressing out about bonds, and a sizzling REIT
April 12, 2018 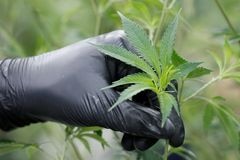