Alas, truth be known, we are getting older. It is hard to believe that we met more than 40 years ago at University of Western Ontario. Key to our investing “techniques” back then in our teenage years was having enough money to ante for the poker games in our residence of Saugeen-Maitland Hall, along with additional funds for our forays to Western Fair Raceway. C’mon, ya lazy pony! Get the lead out!

At this venerable stage of our lives, while we still follow the Contra methodology and focus on turnarounds, attempting to ensure a regular flow of income is becoming front and centre. For that reason, other stocks that have an excellent chance to continue paying regular dividends and might have a higher entry point have grabbed a place in our financial repertoire. This is not a change in the Contra system, but a supplement.

One that attracted us was Laurentian Bank (LB), which we purchased between $37.76 and $39.56. The fat yield of better than 6.6 per cent attracted us, albeit that is slightly less now given that the stock trades around $42. We feel that the price could climb back above $50, where we would likely sell, still a distance below the $60-plus that it reached in 2017.

The bank has taken a small hit lately. Although still profitable to the tune of $40.3-million this past quarter, that was a big drop from $59.7-million in the same period last year. This was also the third straight quarter with an earnings miss. Further tough sledding is anticipated as the bank plans to cut about 10 per cent of its work force, with associated payouts. Estimates are that this will save $15- to $20-million annually. The objective is to raise profitability closer to that of peers by 2022.

Shorts, including the Big Short’s superstar Steve Eisman, disagree with this scenario, as this stock has been on their radar. They feel that when the housing market cracks, this bank is more susceptible to a steep fall than the Big Five. For example, RBC’s exposure to housing last year was 18.5 per cent of the bank’s total assets, while LB’s is about double that level. That definitely adds to the risk for this enterprise.

If real estate drops significantly, some chatter is that LB will be forced to reduce the dividend. While we do not think that a dividend cut is in the cards, people avid on the shares should consider this possibility as it is certainly not implausible.

Also worth considering is that bank shares were shattered when the last recession hit. They will not be immune to a major downturn when the next one arrives.

One potential fly in the ointment that was avoided and makes these shares more attractive was the settlement of a contract with the 38 per cent of employees who are unionized. A new agreement was inked at the end of March, after more than a year of negotiations. Interestingly, LB is the only North American bank with a union, a group that formed in 1967.

There is no question that turning around this ship will take time. But with a handsome dividend, accompanied by the dividend tax credit, it makes for a pretty juicy return. Both of us are counting on this as part of his retirement package. Ideally, there will be enough of a cash payout so that we can place the occasional across-the-board wager at the racetrack.

Housing demand in Canada may be undercounted, says CIBC Subscriber content
May 15, 2019 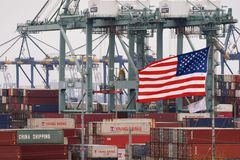 What every Canadian investor needs to know today Subscriber content
May 15, 2019 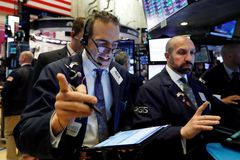