In June, 2017, we penned an article about Alacer Gold Corp., a Colorado-based company, which operates a mine in Turkey and trades on the TSX and ASX. The stock was around $2 then, and our conclusion was, “… the feeling here is that the stock can do better than a triple.” That has nearly been achieved.

Alacer is an unusual company in the mining field. It outlines a plan with a budget and time frame and it actually hits the targets. People who follow the sector know that it is riddled with enterprises that often do not come close to meeting their goals on either of these parameters. These are primary reasons why it is so difficult to invest in this arena, as it is a quagmire of negative surprises and pie-in-the-ground projections.

A couple of years ago, to try to avoid those shocks, Contra analyst Philip MacKellar put his boots to the terrain at Alacer’s Copler mine. He was impressed with what he saw and how management handled operations.

One aspect that had to be added to the investment equation, given that this is Turkey, was political risk. President Recep Tayyip Erdogan rules with an iron hand. Fortunately, the location of Alacer’s projects are far from where violence normally permeates, reducing risk. Having Mr. MacKellar do due diligence in Turkey was a confirmation of why this investment made good contrarian sense.

One of the particularly appealing aspects of the operation was the continuing expansion at Copler, expected to extend the mine’s life by 20 years. This meant that at an estimated all-in sustaining cost of US$645, free cash flow was projected to be US$1.6-billion, assuming a gold price of US$1,250. A huge investment was required, though, that took the company from being debt free to about US$350-million in the hole. That number has since decreased to US$315-million, while cash sits at US$125-million.

Ultimately, the first-half results of the year have been excellent, with 192,000 ounces of gold being sold. Revenue was US$169.7-million and the all-in sustaining cost was US$692. About US$110-million of cash flow was achieved, with a net profit of US$17.6-million.

One hope for the company to diversify was the Gediktepe Project, in which it had a 50-per-cent interest. In July, though, Alacer sold its piece but maintained a net-smelter royalty. It is difficult to gauge whether this project will ultimately be developed. Instead of focusing on Gediktepe, management is betting on prospects near Copler, such as the Ardich resource, which now indicates a potential 600,000 ounces, with a further augmentation possible. Currently these are the primary prospects, albeit there are other possibilities in the portfolio that the corporation is exploring.

Of course, as wisely as Alacer has operated, a key to the bottom line is the gold price. That has been ascending since the end of June and miners dealing with the shiny metal have mostly seen their market caps leap. Gold bugs have been magically appearing out of the woodwork like cicadas and forecasts of future prices of US$2,000 plus are becoming de rigueur once again. From our perspective, it is difficult to predict, but even if valuations recede somewhat, Alacer should do well. At these more elevated levels, the numbers should be very healthy.

The initial sell target range that we set for the company in 2014 is $6 to $7.40, but at this point we cannot see selling at the very bottom end of the range. The first sale will likely be 50 per cent of the position, but the potential seems so great that holding back some for the possibility of future gains seems shrewd. Perhaps once again, Alacer shares may trade near $12 where it did eight years ago. Historically, we have had tremendous success in this sector, but our primary weakness has been regularly selling before the stock prices fully shine.

Market movers: Stocks that saw action on Monday - and why Subscriber content
August 12, 2019 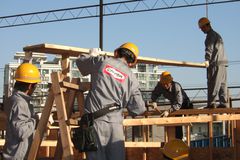 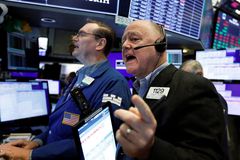 Monday’s TSX breakouts: A soaring growth stock that is up 78% in 2019 and has a unanimous buy recommendation Subscriber content
August 12, 2019 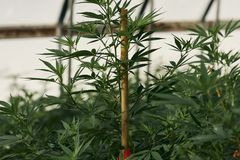