Getting hammered on a stock is not fun, but anyone who invests for several years must expect it to happen. Those who never admit to a loser either exist in paradise or are liars. Or they are delusional perhaps.

Reitmans (Canada) Ltd. is in the two portfolios at average prices of $3.81 and $4.70, respectively. When the shares climbed north of $6.50, we appeared pretty smart. That was in addition to the juicy $0.05 quarterly dividend. Our lofty initial sell target was in the teens and that seemed reasonable. Now that the stock has cascaded to the $2.25 level, the goal seems less plausible.

At the beginning of June, the stock still traded above $3. Alas, the first quarter comparable results can best be described as “brutal.” Revenue dove to $185.2-million from $207.6-million. While some of that can be explained by the closing of 43 stores, the key metric of same-store sales drooped 5.4 per cent. Management puts part of the decrease down to poor weather, although we have heard them sing that song before. The bottom line registered a loss of $12.6-million, far exceeding last year’s red ink of $4.3-million.

After the results were announced, Benj had a long discussion with chairman and chief executive officer Jeremy Reitman. To his credit, Mr. Reitman has always been quick to return calls and in this case was obviously not shying away from the corporate difficulties. His brother Stephen is president and chief operating officer. Together, the family owns north of 16 per cent of the shares, so they are well vested, and Jeremy says they are considering purchasing more stock. Another major shareholder is Fairfax Financial Holdings Ltd., with more than 10 per cent.

Jeremy underlined the difficulty of retail by saying, “We have a viable enterprise in a difficult market. The core businesses are strong and have potential. By the third or fourth quarter, we should be back online.” Apparently, one institutional investor disagrees, as Jeremy mentioned one is selling, but it was not possible to identify who it is.

Getting back online means more changes. Thirteen stores will be closed soon. As leases come due, more underperforming outlets will likely be shuttered. While Penningtons, RW&Co. and Thyme Maternity have been performing adequately, Addition Elle has been struggling and will require alterations. The opening of the stand-alone Hyba activewear stores that we were skeptical about a few years ago was a failure, with all of them being closed and now part of other outlets in the women’s clothier.

A major concern for some shareholders is whether the dividend will be cut. When asked, Jeremy opined that the dividend was safe. Given that there is about $122-million in cash and equivalents and no debt, that seems reasonable.

Another apprehension must be management. The brothers are pushing their mid-70s and it is difficult to believe after numerous conversations that they are above some of the challenges of aging. Though some younger blood has been hired, maybe it is time for a further overhaul at the top. Neither sibling has disclosed any plans to leave his position.

When we talked about the possibility of the company being bought outright, Jeremy mentioned that some potential suitors have kicked the tires over the years but there has been nothing of substance. From this angle a look at strategic alternatives would be timely, whether the acquirer is interested in the enterprise, the leases or both.

One question we have bantered about at Contra is whether this company is a “value trap,” a firm that appears to be undervalued but whose ability to be profitable is questionable. Alas, we have not made a firm decision on this. It could help dictate whether taking the tax loss and running would be best, or averaging down, or staying the course. Quite simply, the Contra gang is divided and we are standing pat in the two portfolios. Certainly, though, no groupthink here.

The age of bricks and mortar is transitioning. Retail chains, and perhaps particularly apparel retailers, must be especially nimble with their offerings as a plethora have gone the way of the dodo. Our feeling is that Reitmans is not in any real danger at this point, but if the corporation does not execute better, in a few years the jeopardy could be far greater. 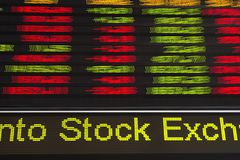 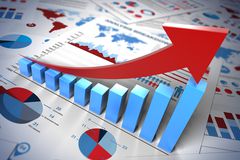 Contra Guys: Here’s an apparent dog that could still have its day
Subscriber content
January 31, 2018 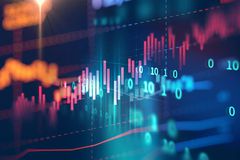