A year ago, Tesla Inc. (TSLA-Nasdaq) was trading at about US$225 a share. Then the stock began a swift upward trajectory, climbing above US$900, before March madness disconnected the flight. That swiftly passed, and by May 1 the stock opened at US$755 before Elon Musk, the mercurial chief executive officer, tweeted, “Tesla stock price is too high imo.” The value dropped to US$693 by noon but, in the opinion of investors in the days and weeks following, Elon was wrong. The stock is up about 350 per cent since then.

Tesla’s market cap of approximately US$400-billion is far greater than BMW, Ferrari, Fiat Chrysler, Ford, General Motors, Honda and Volkswagen – combined! Seem out of whack? It harks back to 1999 when Yahoo Inc. traded north of US$110 a share, with a capitalization greater than all of the U.S. railways. Less than 10 years later we acquired it at US$11.11. Might Tesla face a similar fate?

No question, the company is growing swiftly. Sales of US$11.7-billion in 2017 were less than half of the revenue today. After losing money for years, the bottom line has been slightly black over the past number of quarters. That is excellent progress. But the debt load has been jumping and at the end of the day, the book value is a tad under US$53 a share. Hmm, that makes the stock price seem rather, er, ludicrous. In addition, the price-to-earnings ratio is now 1,100. Of course, markets try to anticipate the future and, in this case, we’ve seen some forecasts that suggest the P/E will be a “mere” 140. The disconnect between these numbers is staggering.

Given the stock price, one might be led to think that Tesla is firing on all cylinders and has no competition. While it is definitely faring better, there are a host of strong rivals that are a who’s who of long-established enterprises, such as Ford, GM and Volkswagen, as well as relative newcomers such as Rivian Automotive LLC. And though Tesla might have had a healthy head start, the firm can indeed be brought down to earth by other players seeking their own market share. One major advantage it has over the rest of the field is it has not needed to advertise. Between its market-leading status and the fact that Mr. Musk is a brand unto himself, Tesla is almost always newsworthy. The calculus could change as competitors creep up, and if Mr. Musk’s inconsistencies come back to haunt the company.

One item that is boosting the stock is the five-for-one stock split. Though, theoretically, this event should have no impact on the stock price, normally it is actually bullish as it drops the trading value and opens up the stock to additional investors. Plus, stocks are normally split when the going is good. Certainly, this is one reason that the share price jumped prior to the split and continues to hop upward.

Meanwhile, over the past number of months, insiders have been selling like there is no tomorrow. While one can question whether their actions have been premature given the rocketing price, even if they’ve left money on the table they’ve made scads. A pity party is not necessary for these individuals. No question though, insiders as a rule know more than we outsiders.

As Benj wrote on his Twitter page, “Bubbles can be fun. Whether they be bubblegum, real estate, the stock market, tulips, balloons .… But generally when they burst there is a mess and a whole bunch of crying.” While momentum players might want to try to capitalize on this company and day traders might find it too sexy to resist, it is Benj’s feeling that buyers now are likely late to the party and will ultimately have their bubble pricked. This could be aggravated further by a stock market that by most metrics is overvalued, although often it can stay that way for a piece of time. Ben, on the other hand, disagrees and is bullish on the stock. Not even The Contra Guys are always on the same page. 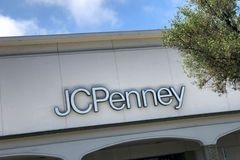 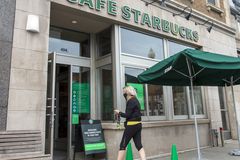