Canadian banks have a problem: They are sitting on too much money. So when can investors expect dividend hikes to resume?

Dividend cuts, rather than increases, looked like a possibility earlier this year amid soaring unemployment and the sharpest economic contraction since the Great Depression. Share prices for the Big Six banks sank as much as 40 per cent in February and March, sending yields soaring to an average of 6.6 per cent.

Underscoring the severity of the situation, the Office of the Superintendent of Financial Institutions (OSFI), the banking regulator, put a hold on dividend increases and share buybacks in March to help shore up bank capital.

So why are investors and analysts now considering dividend hikes? Despite setting aside billions of dollars to cover bad loans, bank stocks have largely recovered and the banks themselves are rolling in capital right now.

Canadian banks are required to hold large amounts of capital as a buffer against the risks of a financial crisis, but they’ve been exceeding minimum requirements by a significant margin.

In the banks’ fiscal fourth quarter 2020, the average Common Equity Tier 1 (CET1) ratio – which compares safe capital with risk-weighted assets such as credit card debt and mortgages – was 12.2 per cent. That translates to an astounding $30-billion in excess capital held by Canadian banks beyond the regulatory requirements, according to John Aiken, an analyst at Barclays.

“If you look at the capital levels at the banks, they have steadily increased through the year, in spite of all the reserves that they’ve taken, in spite of the economic chaos that’s been caused by the pandemic,” Mr. Aiken said in an interview.

He added: “You can make the argument quite easily that the Canadian banks are over-capitalized.”

Gabriel Dechaine, an analyst at National Bank of Canada, estimates that excess capital will drag down the banks’ return on equity, a measure of profitability, by a full percentage point in 2021.

This sounds like a slam dunk in favour of dividend hikes or share buybacks, where banks buy their own shares to increase profitability on a per-share basis.

But observers point out that what the banks are capable of doing, and what regulators allow them to do, are separate issues. The problem: Despite the initial rollout of a vaccine, the COVID-19 pandemic is still raging, feeding uncertainty about the economy and the ability of people and businesses to meet their loan obligations.

OSFI is taking a cautious approach. In November, OSFI superintendent Jeremy Rudin said there was “no set date nor specific economic indicator” that would relax the current restrictions on dividend increases.

Some observers agree with this approach.

Benjamin Sinclair, an equity analyst at Odlum Brown, expects that 2022 is a more likely date to expect dividend increases to resume, as the sector takes a safety-first approach.

“It’s clear that the capacity is there and the earnings power is there. And at the end of the day, as long-term shareholders in Canadian banks, that’s what matters most to us,” Mr. Sinclair said in an interview.

Ryan Bushell, president and portfolio manager at Newhaven Asset Management, pointed out that much of the optimism surrounding bank loan losses rests on assumptions that are far from definitive.

“Well, nobody knows,” Mr. Bushell said in an interview. “If I was [a bank executive], I would take a pass on dividend increases and just say: ‘Look, we’re being prudent, we are going to maintain capital ratios,” Mr. Bushell added.

At most, he expects any changes to dividends if restrictions are relaxed will be token increases of 2 or 3 per cent, or less than half the usual annual hikes.

Either way, investors have a lot to embrace here. The current average dividend yield for the Big Six banks is 4.5 per cent, or 10 times the yield on a five-year Government of Canada bond. That’s an attractive payout, even without the prospect of increases.

Perhaps more important is the fact that analysts and investors are even talking about increases, which supports the idea that the banks have – so far – essentially sailed through this crisis.

“Investors have had a positive view on the banks for a very long time. And this should only increase the confidence in that view,” Mr. Aiken said. 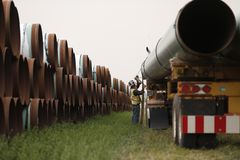 Commodity prices are moving up. Is this the start of a supercycle?
Subscriber content
December 1, 2020

TSX value stocks are on the mend. Here’s why it won’t be just a short-term trend
Subscriber content
November 26, 2020 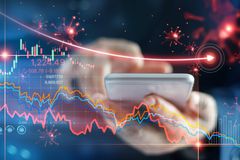