Bitcoin is back. The flagship cryptocurrency, left for dead a couple of years ago, has more than doubled in value in recent months.

It has far outshone gold, the traditional shelter for nervous investors. It has also left high-flying tech stocks, such as Amazon.com Inc. or Netflix Inc., in the dust. At nearly US$18,000, bitcoin is within spitting distance of its record high of almost US$20,000 back in 2017.

Can it continue its rise? That depends on what is propelling its ascent. There are at least three theories that deserve attention.

The simplest one, beloved of the crypto set, is that the financial sector is finally starting to accept digital tokens as a valid asset.

Consider, for instance, the news from PayPal, the giant payments service. In October, it announced a service that enables U.S. customers “to buy, hold and sell cryptocurrency directly from their PayPal account.”

To be fair, this does sound exciting. But the buzz fades the more closely you examine the announcement.

For starters, it raises the question of why cryptocurrencies should need a payment service to facilitate their transfer. The whole point of bitcoin and rival cryptocurrencies was supposed to be their ability to do an end run around the financial system. In theory, crypto was supposed to facilitate fast, direct transfers of wealth among people around the globe, using nothing more than an internet connection.

Now it seems that bitcoin and its crypto brethren need the help of PayPay to actually deliver on that promise. This undercuts several of the advantages that crypto advocates used to celebrate – notably the idea that transactions in bitcoin and other digital tokens will always be anonymous and untracked.

To make matters worse, PayPal’s help won’t come for free. Any PayPal user who wants to use crypto to pay for goods and services from a conventional merchant will have to first exchange their crypto for U.S. dollars or similar fiat currencies at a hefty fee – 2.3 per cent for transactions below US$100, for instance.

The obvious question is why people would choose to pay such transaction fees when they can just hold their wealth in fiat currencies instead.

For now at least, the PayPal announcement has failed to generate any notable buzz, either in mass media or among the financial cognoscenti. Google searches for bitcoin are nowhere near the level they hit three years ago. Ray Dalio, the hedge-fund king, said this week that he still doesn’t get the attraction of the digital token.

“The fascination with it has worn off,” Kathy Jones, chief fixed-income strategist with Schwab Center for Financial Research, told Bloomberg recently. Concerns about regulation and security have taken the gloss off bitcoin’s appeal, she said. So have memories of bitcoin’s plunge in 2018, when the digital token lost more than 75 per cent of its value.

So that brings up a second and slightly more plausible theory: Maybe bitcoin’s rise reflects a scramble to find an alternative to fiat currencies as a store of wealth. The U.S. dollar, in particular, looks vulnerable if the global economy recovers next year and investors no longer see a need to take refuge in greenbacks.

The desire to find an alternative way to hold wealth could also help to explain why gold has surged this year. But the theory flops when it comes to explaining why bitcoin has been singled out as the refuge of choice.

If bitcoin is rising simply because investors want an alternative to U.S. dollars, why is it up nearly 150 per cent this year when bullion – the traditional hedge against currency uncertainty – is up only about 22 per cent? Whatever is driving bitcoin seems specific to cryptocurrencies.

This brings up a third theory: Bitcoin may be benefiting from the peculiar features of locked-down economies.

It could be as simple as a lot of bored people, stuck at home, deciding to gamble on crypto as an alternative to hitting the casino. Or it could reflect other realities of a locked-down business scene.

In most developed countries, including Canada, the U.S. and Australia, the amount of cash in the economy has surged during the pandemic, according to J.P. Koning, author of the Moneyness blog, a popular site among those interested in central banking and related topics. Mr. Koning suggests the glut of paper bills could reflect how difficult it has become for criminal organizations to launder their cash.

“My hypothesis is that with money-laundering avenues (i.e. casinos and restaurants) closing due to virus fears and lockdowns, criminals have no choice but to hoard huge amounts of incoming banknotes,” Mr. Koning wrote in a recent blog post.

Mr. Koning doesn’t explicitly link this to bitcoin’s rise. However, it seems reasonable to think that folks stuck with more cash than they want will be desperate to find alternatives. Maybe some of that unwanted cash is showing up in a bidding war for bitcoin and other cryptocurrencies.

This is pure speculation, to be sure. But it does provide a robust explanation for bitcoin’s rise, as well as a prediction – that bitcoin will plunge when the economy eventually reopens. Don’t say you weren’t warned.

How to invest for the rise of Gen Z. Plus, the stock picks of award-winning fund managers, and what BMO is predicting for the TSX in 2021
November 20, 2020 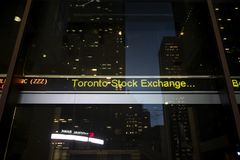 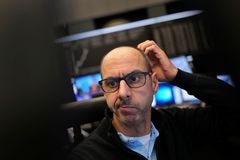