We’re at an uncomfortable time in the market’s cycle when value is scarce. Even worse, investors are starting to doubt the staying power of value investing itself. It’s a hallmark of the late stages of a bull market.

Only a handful of Canadian money-managers adhere to the sort of deep-value principles espoused by Benjamin Graham who made a fortune buying bargains in the decades following the Great Crash of 1929. The basic idea being to look for companies trading at a sharp discount to book value.

The selection of such bargains was once plentiful, but these days the low-price-to-book-value (P/B) pickings are slim and value investing’s recent performance has been lacklustre. It’s a phenomenon that money-manager Francis Chou observed in his recent letter to investors. He says his Chou Associates fund has been out of sync with the markets for about four years, which is the longest stretch so far. (Based on more than a 35-year history of managing money he expects to underperform the market 30 per cent to 40 per cent of the time.) While trailing the market isn’t fun, it’s something that has to be expected from time to time.

Mr. Chou also observed that a relatively short streak of poor performance can make a big difference to a fund’s 10-year return-rate. It prompted me to take a look at the historical record of value investing more generally. To do so, I turned to Dartmouth professor Kenneth French’s data library, which contains all sorts of interesting facts and figures.

I selected a value portfolio of large U.S. stocks with low price-to-book-value ratios. Here, “large” is defined as the top half of stocks by market capitalization and “low” covers stocks with P/Bs in the bottom 30 per cent. The value portfolio, which is equally weighted and annually rebalanced, climbed at an average annual rate of 13.3 per cent from the start of 1927 to the end of 2017. That’s pretty good.

For comparison purposes, a market portfolio (the largest 30 per cent of stocks, rebalanced annually, and weighted – like an index – by market capitalization) advanced at an average annual rate of 9.8 per cent over the same period. The value portfolio outperformed the market portfolio by an average of 3.5 percentage points annually.

The accompanying graph shows the five-year rolling-return advantage (or disadvantage) for the value portfolio versus the market portfolio over the long term. For instance, the rightmost bar shows that value trailed the market by an average of 1.1 percentage points annually from the end of 2012 to the end of 2017.

While the record contains many poor five-year periods for value, the portfolio outperformed handily over the full span. Problem is, sticking with value can be tough as nails when it runs into these dry spells.

The situation becomes more difficult once fund fees are added to the mix because fees eat into the return advantage offered by value stocks, which tends to prolong poor periods. It’s something that fund investors, and portfolio managers, have to struggle with even when they follow strategies that are likely to outperform over the long term.

Buying into a strategy like value investing, or a fund like that offered by Mr. Chou, is easy to do after a strong run. It’s much harder after a weak period. But buying during a soft patch may lead to generous returns.

Asian shares mixed, oil down amid fallout from U.S.-led strikes on Syria
April 16, 2018 Why there is a demand and supply imbalance in the stock market
April 13, 2018 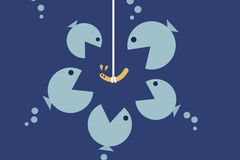 Three reasons to cheer this stock market (and three reasons not to)
Subscriber content
April 13, 2018 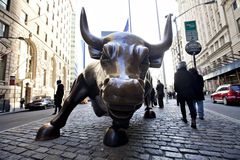 Follow us on Twitter @marketsglobe Opens in a new window
Report an error Editorial code of conduct
Due to technical reasons, we have temporarily removed commenting from our articles. We hope to have this fixed soon. Thank you for your patience. If you are looking to give feedback on our new site, please send it along to feedback@globeandmail.com. If you want to write a letter to the editor, please forward to letters@globeandmail.com.
Comments are closed