We know Mark Twain as the 19th-century humourist who authored The Adventures of Tom Sawyer and other classics in American literature. Less well known are his financial speculations, which didn’t go well. They culminated in a bankruptcy that left his family in dire circumstances – until he staged a remarkable comeback in his 60s.

His financial adventures stand as a cautionary tale on risk-taking. The high anxiety and sleepless nights he experienced could have been minimized with a diversified portfolio, periodically rebalanced back to a target asset allocation.

Born in 1835, Samuel Clemens (Mark Twain’s real name) became a wealthy man by his late 30s, owing to his highly popular articles, novels and speaking tours. But he was not content to be just a Shakespeare. He wanted to also be an Edison or Rockefeller.

In the 19th century, the yardstick for measuring success was wealth – and the more the better. This encouraged big gambles. Investors back then didn’t seem to dwell very much on the regret they would feel if their capital took a big hit.

In the 1870s and 1880s, Mr. Clemens invested in private ventures. The projects included an elastic band for holding up pants, a scrapbook with a glue compound on its pages for keeping clippings in place and a trivia game for children. Only the scrapbook made money.

He also invested in early stage companies, including a friend’s insurance company, Fredonia Watch Co., the Paige typesetting machine and a publishing firm run by his nephew. Many were swindles or operated by people in over their heads.

There is also the matter of asset allocation. Mr. Clemens had a talent for writing, and it was spinning off a growing, bond-like stream of royalty income. Shifting so much of his focus to aggressive equity investments effectively rebalanced his financial and human capital toward higher risk levels.

It was the publishing company that finally brought on bankruptcy. Because of a huge multivolume book project, it was saddled with a persistent cash-flow deficit, which Mr. Clemens at first stemmed with his own capital and then with loans from relatives and associates.

The money drain became untenable when a financial crisis erupted and plunged the United States into an economic depression. The bank pulled the plug in 1894 by refusing to renew its loans.

Fortunately, Mr. Clemens had met Henry H. Rogers a few months before. He was an admirer and kindred spirit who also happened to be a wealthy ﬁnancier and senior ofﬁcer in the Standard Oil conglomerate.

Mr. Rogers helped arrange a favourable agreement with the creditors. The terms included paying down a portion of the debt through asset sales. Plus, Mr. Clemens promised to pay off the remaining debt out of future income.

So, late in life, he returned to writing books full-time and going on a world speaking tour – performing 122 shows in 71 cities. The debt was paid down in about four years. Afterward, the royalties flowed directly into his bank account, making his family affluent again.

This time, Mr. Clemens placed his surplus income in a diversified portfolio of blue-chip companies with monopoly powers – many of which Mr. Rogers was involved in or had recommended. Mr. Clemens wanted to also load up on some moonshots, but Mr. Rogers adroitly persuaded him otherwise, for the most part.

Mr. Clemens’ story demonstrates that it is easy to get caught up in the prevailing mood of the times. Risk appetites tend to fluctuate with the state of the stock market and economy, and can lead to an inappropriate diversification and asset allocation for one’s peace of mind and long-term financial interest. Self-discipline, an astute friend or trusted adviser can keep risk and asset allocations in check. 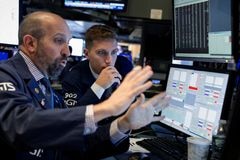 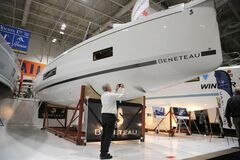 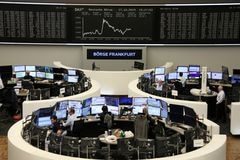