The extraordinary rise of corporate earnings fuelling the stock market’s sizzling rally will face a key test in the coming months: rising wages.

The peculiarities of pandemic-era labour markets have translated into a record level of U.S. job openings, even as millions of people remain out of work.

Competition for labour is sowing the seeds of wage inflation. While that is good news for workers, who have seen take-home pay stagnate for years, it could change the fortunes of the corporate sector, which has recovered from the pandemic far quicker than the consensus on Wall Street and Bay Street thought possible.

A blockbuster earnings season saw S&P 500 companies beat total profit forecasts by an unprecedented 23 per cent for the first quarter, while net profit margins of nearly 13 per cent are the highest on record. In Canada, S&P/TSX Composite Index companies are on track for a year-over-year earnings jump of 61 per cent, according to Refinitiv.

A rapid rise in labour costs could weigh on profit margins in a postpandemic economy, Martin Roberge, a portfolio strategist at Canaccord Genuity, wrote in a report.

“Chances are we are nearing peak [earnings] growth, a prospect that has not yet filtered through equity analysts’ estimates,” Mr. Roberge said.

“The key takeaway is that the earnings-beat rate is likely to come down over the next few months, likely bringing additional volatility in equity markets as we approach the second-quarter earnings season.”

Cost pressures have been building for several months. The pandemic represented a shock to both global demand and supply, but the supply side has taken longer to normalize.

“Many companies were not operating anywhere near full capacity for most of the last year, and that takes time for things to ramp back up,” said Christine Poole, chief executive officer at GlobeInvest Capital Management.

As a result, the global supply chain is full of bottlenecks, elevating the prices on all sorts of raw materials. The Bank of Canada’s index of 26 different globally traded commodities, across energy, metals, forestry and agricultural sectors, has risen by 160 per cent over roughly the last year to its highest level in nearly seven years.

And yet, the U.S. corporate sector has never been more profitable.

The ability of big business to generate monster profits in the middle of a pandemic has come about as a result of mass cost cutting and layoffs, immense levels of government support and subsidies, and the relatively quick snapback of global economic growth.

With labour costs the single largest expense for most companies, rising wages will be tougher to sidestep.

In mid-May, Bank of America announced it would raise the minimum wage of its U.S. workers to US$25 an hour, while also requiring its vendors and suppliers to pay their own employees at least US$15 an hour.

Walmart Inc. and Amazon.com Inc. have also made recent announcements effectively giving raises to hundreds of thousands of workers. “As the bottlenecks persist for the coming months/quarters, this [wage] inflation uptick is likely to gain momentum,” Craig Basinger, chief investment officer at Richardson Wealth, wrote in a recent note to clients.

With roughly eight million U.S. jobs currently unfilled, many Americans seem to be hesitant to re-enter the work force. “The fear of getting infected must be playing a role, but what translates that fear into a decision to stay at home is in many cases the availability of government support that buys time,” Benjamin Tal, deputy chief economist at Canadian Imperial Bank of Commerce, wrote in a note.

Countries such as the United States that are further along in their reopening timelines should provide a preview for Canada’s own postpandemic job market. “Canada will likely also see some of the skills shortages in manufacturing, and particularly construction and health care,” Mr. Tal said. “Given how strong housing starts and home renovation activity have already been, some of those shortages are likely already being felt.”

The concern for investors is that rising wages forces a recalibration of earnings estimates. “Since valuations are higher than normal, you’re going to need that profit growth to continue,” Ms. Poole said.

The most labour-intensive companies are the most vulnerable to upward pressure on wages. “If labour inflation is likely to continue, watch margins for the most labour intensive stocks, and history would suggest investors avoid consumer discretionary when wages accelerate,” Savita Subramanian, equity and quant strategist at Bank of America, said recently in a note. 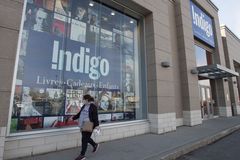 S&P 500 has room to run, but inflation fears to dampen sentiment
Subscriber content
May 28, 2021 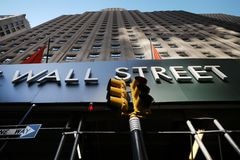