Observers expect that the Canadian dollar will rise against the U.S. dollar over the course of 2019, as more economists begin to anticipate a dramatic shift in U.S. monetary policy as the economy slows.

The dollar fell 1.1 per cent last week against the greenback, and held near the 74.60-US-cents level on Monday. But the longer-term outlook is what’s more important here: As financial markets absorb the prospect of interest-rate cuts by the U.S. Federal Reserve later this year, the Canadian dollar should get a boost.

Citigroup strategist Jeremy Hale recommends betting against the U.S. dollar in favour of the Canadian dollar as the two currencies diverge. Canadian economists see a similar pattern emerging this year.

“I do think that we will continue to see the currency range-trade, but perhaps trade to the stronger side of that range – not so much from what the Bank of Canada may be up to, but what the Fed may be up to,” Michael Gregory, deputy chief economist at BMO Nesbitt Burns, said in an interview.

He thinks the dollar will end the year at $1.325, or about 75.5 US cents. That is nearly a full cent higher than the dollar’s current level and up 2.2 cents from its 2018 close. Economists at National Bank Financial expect the dollar could rise as to as much as 77 US cents against the greenback by the end of the year if a trade deal between the United States and China lifts the price of crude oil.

While that might not be enough to alter travel plans, it could give the Bank of Canada something to think about with its own monetary policy next year if Canada’s competitiveness falters with a stronger dollar.

“We now see the Fed cutting rates in the fourth quarter of this year and the first quarter of next year. So in order for the Bank of Canada to keep the loonie at a competitive level, we think they’ll have to cut interest rates in the second quarter of next year, which would ultimately cause the Canadian dollar to depreciate,” Katherine Judge, an economist at CIBC World Markets, said in an interview.

There are a lot of moving parts here, though, including simmering geopolitical tensions between the United States and Iran, the direction of commodity prices and the stability of global stock markets (a correction could send investors back to the safety of U.S. dollars).

But economists are expressing some confidence in a shift in Fed monetary policy. Last year, rising bond yields reflected the widely held belief that the central bank would continue to raise its key interest rate in 2019 amid rising inflationary pressures and decent continuing economic growth.

Now, this outlook has changed, even with the U.S. jobless rate at a 50-year low and economic growth at a remarkable 3.1 per cent in the first quarter. The big reason? Trade.

“If the current toxic tone of trade negotiations between the U.S. and its trading partners becomes more heated, crystallizing downside risk to the economy, the Fed will deliver multiple rate cuts,” Paul-André Pinsonnault and Jocelyn Paquet, economists at National Bank Financial, said in a recent note.

Indeed, financial markets are pricing in three rate cuts in 2019, according to Citigroup.

What’s also important here, though, is the Bank of Canada’s initial response to the Fed.

The Canadian economy looks to be on the mend after a couple of weak quarters at the end of 2018 and the start of 2019. While gross domestic product in the first quarter grew at an annualized rate of just 0.4 per cent, after inflation, the month-over-month pace of growth in March improved to 0.5 per cent.

That marks the strongest monthly economic growth in three years, and should keep the Canadian central bank on the sidelines with its monetary policy this year.

Next year, though, is a different story.

“During the recovery [from the financial crisis], we leaned on using low interest rates to propel consumption and housing. Now that those are slowing, the Bank of Canada wants to see a rotation in growth towards exports and business investment. That can’t happen unless we have a competitive loonie,” Ms. Judge said. 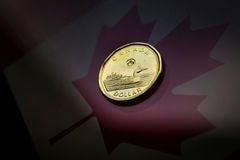 Market movers: Stocks that saw action on Monday - and why
Subscriber content
June 17, 2019