The U.S. Federal Reserve held its key interest rate unchanged on Wednesday, but the central bank signalled that it could lower rates this year if the economy weakens, setting up what could be the first cut in a decade.

The signal, which investors and economists had been anticipating, sent stocks up modestly in afternoon trading, suggesting that markets approve of the potential shift in policy even if it also denotes high-level concerns about the U.S. economy.

As well, the U.S. dollar rose against the Canadian dollar and bond yields fell. The yield on the 10-year U.S. Treasury bond declined to 2.023 per cent, down 3.5 basis points for the day and well off its multiyear high of 3.2 per cent in October.

“We are quite mindful of the risks to the outlook and are prepared to move and use our tools as needed to sustain the expansion,” Jerome Powell, the Fed chairman, said during a press conference.

The Fed raised its key interest rate a total of four times in 2018, and many observers had expected the central bank to continue with its campaign of monetary tightening in 2019.

However, while U.S. employment is strong and consumer spending remains robust, trade tensions – particularly the exchange of tariffs between the United States and China – have raised uncertainties about the health of the global economy.

U.S. inflation in May was subdued, further underscoring economic concerns.

“In light of these uncertainties and muted inflation pressures, the [Federal Open Market] Committee will closely monitor the implications of incoming information for the economic outlook and will act as appropriate to sustain the expansion, with a strong labour market and inflation near its symmetric 2 per cent objective,” the Fed said in its statement.

Major stock market indexes had been relatively unchanged on Wednesday prior to the Fed’s policy decision. About 45 minutes before the announcement, the S&P 500 was down less than one point, or 0.03 per cent, suggesting that investors wanted something from the Fed.

Did they get it?

Andrew Grantham, an economist at CIBC World Markets, pointed out that the Fed’s dovish tone justified market expectations for two rate cuts this year. But the new tone didn’t make a rate cut at the central bank’s next policy meeting, in July, a slam dunk – nor did it underscore the need for further cuts in 2020.

“The four cuts now priced into markets by the end of next year, and the declines in long-term bond yields today, seem somewhat inconsistent with the Fed’s admittedly more dovish projections,” Mr. Grantham said in a note.

Stocks have been enjoying rallies in recent trading sessions as financial markets began to anticipate shifting central bank policies. While lower rates suggest slower economic activity, they also ease debt burdens and facilitate borrowing, which can be good for stocks.

“The market is saying: No matter what happens, the Fed is going to come to the rescue,” Stephen Takacsy, chief executive at Lester Asset Management Inc. in Montreal, said in an interview.

But he added: “If the Fed is anticipating a contraction in the economy or a financial crisis or something, then that’s a different story. A rate cut won’t hold up the market in the case of a catastrophic slowdown.”

“The U.S. dollar would otherwise be a casualty except that other central banks are already cutting (Reserve Bank of Australia, Reserve Bank of New Zealand) or set to do so further (as in the European Central Bank),” Mr. Rosenberg said in a note. 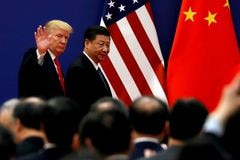 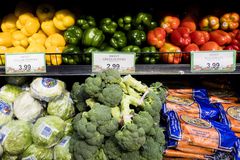