Global mining giant Glencore PLC estimates that the production of an electric vehicle will require 84 kilograms of copper, 30 kilograms of nickel and eight kilograms of cobalt. Demand for battery powered cars then is not only of interest to oil patch investors concerned about future demand, but also potential investors in Canada’s base-metal miners.

We will find out a lot about future demand for electric vehicles in 2019 as global auto companies attempt to eat into Tesla Inc.’s leading market share.

Consumer excitement about Tesla cars is expected to wane significantly. Morgan Stanley analyst Adam Jonas, in a report Tuesday, noted that the Tesla brand is losing its “aura of exclusivity” because of recent price cuts. “We see TSLA hitting an air pocket in demand that is coming earlier than we expected,” he said. Mr. Jonas also cut his stock price target for Tesla to US$260 from US$283.

Volkswagen AG, however, is betting heavily on a big upswing in electric vehicle sales. According to Bloomberg, Volkswagen is spending €44-billion (about $66.3-billion) through 2023 on electric and connected cars and now plans to build 22 million battery-powered vehicles over the next 10 years. That’s up from an earlier goal of 15 million. General Motors Co., by comparison, expects to sell one million electric vehicles annually by 2026.

Volkswagen has one all-electric vehicle for sale now, the e-Golf, and is developing four new models for 2020. The design for the new cars is decidedly futuristic, even if one of the new vehicles, the I.D. Buzz, is a rolling homage to the 1960s icon, the Volkswagen Bus.

It’s definitely not sales of the e-Golf that have Volkswagen so bullish about the sector’s future. Inside EVs reports that 1,354 e-Golfs were sold in the United States in 2018 compared with an estimated 140,000 of the Tesla Model 3.

The accompanying chart underscores Tesla’s dominance in electric vehicle sales in the world’s largest auto market. The company however, has received substantial criticism for puzzling behaviour by chief executive Elon Musk and his management team.

Mr. Musk has been investigated by the Securities and Exchange Commission for distributing corporate information on social media, and Tesla shareholders launched a lawsuit to prevent Mr. Musk from using social media at all.

Tesla announced earlier this week that it was partly reversing its previous February, 2019, decision to close a large number of physical dealerships. The company noted that it is now reviewing 20 per cent of its showrooms that were slated to close.

The Financial Times’ Alphaville site was incredulous at the strategic about-face, and the implications that management decided to close numerous operations before studying the effects it would have. “We’d imagine that before changing an entire sales process, and plunging your frontline staff into employment purgatory, you might consider hiring some expensive consultants to see whether it is a good idea,” Alphaville’s Jamie Powell said.

The electric vehicle industry is in a strange state of development. The sector’s leading company is mired in controversy, and its sales momentum is expected to slow. Despite these demand concerns, existing global auto giants are increasing investment to produce chargeable vehicles.

There is certainly room for electric vehicles to gain market share. The 140,000 Tesla 3s sold in the United States in 2018 looks impressive on the chart, but is only 0.8 per cent of the 17.3 million passenger vehicles sold during the year.

Even if electric vehicle sales reach 10 per cent of market share in the United States and elsewhere, this would be a massive increase in demand for copper, nickel and cobalt, and likely also a big win for holders of related mining stocks.

The marketing onslaught promoting Volkswagen’s new electric cars will likely intensify in the coming months and the consumer response to the company’s multibillion-dollar gamble on electric vehicles will tell us a lot about the future of the sector and by extension, the outlook for base-metal miners.

Volkswagen aims to cut up to 7,000 jobs in push to increase profitability
Subscriber content
March 13, 2019 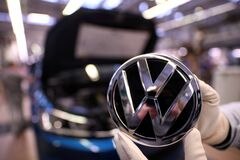 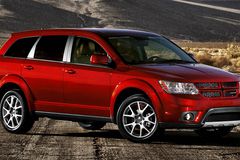