When Intact Financial Corp. reports its first-quarter financial results on May 8, investors will be keen to learn what the Canadian property and casualty insurer says about its exposure to the devastating flooding in Eastern Canada – the latest in a series of natural disasters that is raising the awareness of climate change as a key stock market risk.

So far, Intact’s share price has essentially ignored the flooding, which has affected thousands of homeowners in New Brunswick, Quebec and Ontario. The shares closed on Wednesday at $109.49, down just 4.1 per cent from recent highs in early April.

But some experts caution that the surging costs associated with climate change could start to hit insurance profitability if changes aren’t made to flood mitigation strategies in particular.

“Large insurers have priced extreme weather risk into their premiums. However … they can only price so high. If we continue on the trend we are seeing now, you will start to see stock prices hit,” said Blair Feltmate, head of the Intact Centre on Climate Adaptation at the University of Waterloo. (The Intact Centre was founded in 2015 through a financial gift from Intact Financial.)

Insurers paid out an average of $250-million to $450-million a year, between 1983 and 2008, due to total claims from catastrophic events (corrected for inflation and rising property values), according to Mr. Feltmate.

Over the past decade, though, these payouts have surged to more than $1-billion a year – with the Fort McMurray, Alta., fire in 2016 highlighting a particularly bad year.

This trend isn’t confined to Canada. According to Munich Re, global insured losses from natural disasters in 2018 totalled US$80-billion, or nearly double the 30-year average of US$41-billion.

Yet, the share prices of property and casualty insurers have performed well over the past five years. Allstate Corp. shares have risen 77 per cent, Chubb Ltd. shares are up 41 per cent, and The Travelers Cos. Inc. shares are up 62 per cent – suggesting that reinsurance, rising premiums and higher deductibles have been offsetting the surge in claims.

Intact shares are up 56 per cent over the same five-year period, even though the company’s exposure to the Fort McMurray fire caused some turbulence in 2016.

But the fire, which caused a total of $3.6-billion in insured losses – making it the most costly disaster in Canadian history – offers a good example of how a company such as Intact can successfully navigate catastrophic events.

Through reinsurance contracts, which essentially insure the insurers, Intact’s net loss associated with the fire was a manageable $175-million, or 97 cents a share. The company ended 2016 with a strong combined ratio (which compares losses and expenses with premiums) of 95.3 per cent.

“With things like global warming, you’re going to see a lot more extreme weather. And that will evolve into a new normal, where you see higher losses for the industry,” said Ben Sinclair, an equity analyst at Odlum Brown.

But he added that losses that creep up gradually give insurers the opportunity to adjust through rising premiums and greater geographic and product diversification. And if difficult conditions arise for the broader sector, large companies such as Intact can make acquisitions and increase their market share.

“In the long term, Intact can make the most of the new normal,” Mr. Sinclair said.

Intact could not comment due to coming financial results. Last month, though, the company said that severe winter weather increased claims in the first quarter to about $165-million or 87 cents a share after tax, mostly because of property damage and vehicle collisions. These claims were well above expectations and the historic norms for first quarters.

As a result, Doug Young, an analyst at Desjardins Securities, lowered his expectations for 2019 operating earnings, to $6.49 a share from $7.30 a share previously. Yet, he maintained a “hold” recommendation on the stock and also left his 12-month target price unchanged at $111 – implying gains of about 1.5 per cent from the current price. 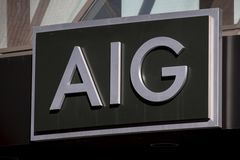 As tech changes the insurance industry, what should investors look for?
October 12, 2018 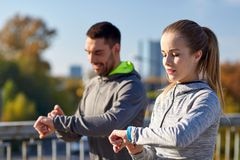 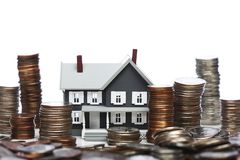