Stocks that are broadly exposed to economic activity are struggling right now amid widespread concerns that the global economy is sputtering.

But wait, there’s hope for investors: Fairfax Financial Holdings Ltd. has grabbed a major stake in Stelco Holdings Inc., the steelmaker based in Hamilton, which suggests that wily institutional investors are perhaps seeing compelling value in cyclical stocks.

Stelco reappeared on the Toronto Stock Exchange a year ago, after emerging from protection under the Companies' Creditors Arrangement Act in November, 2017.

It has been quite a year back in the public spotlight: U.S. tax cuts provided additional stimulus to an economy already powering ahead.

But rising interest rates, fraught negotiations over the North American free-trade agreement (now the United States-Mexico-Canada Agreement, or USMCA) and a continuing squabble between the United States and China over their trading relationship have raised some questions about how much longer the nine-year-old economic expansion can last.

Add to the mix Germany’s third-quarter economic contraction, continuing uncertainty over Brexit and signs of a slowdown in China, and it is little wonder that steel producers, auto-parts makers, home-building stocks, lumber manufacturers and energy stocks have been having a tough year.

According to Goldman Sachs, cyclical stocks in the S&P 500 are trailing economically defensive stocks by a substantial 11 percentage points year-to-date – reflecting what could be a migration among investors toward safer bets.

Stelco has endured its own turbulence: The share price fell 38 per cent between May and November.

But Fairfax, a property and casualty insurance company led by chief executive officer Prem Watsa, is known for investing in out-of-favour companies. Fairfax now owns big stakes in BlackBerry Ltd. and Torstar Corp., buying when others were fleeing.

It bought Golf Town after the retailer exited bankruptcy in 2016. Similarly, it teamed up with Sagard Capital to buy Bauer and Easton sports brands in 2017.

Now comes Stelco. Fairfax announced on Monday that it had acquired 13.7 per cent of the steelmaker’s outstanding shares through a private placement deal with Stelco’s largest shareholder, Bedrock Industries. The approximately $250-million deal, which values the shares at $20.50 – a 4.2-per-cent premium over the stock’s close on Friday – means that Fairfax is now Stelco’s second-largest shareholder.

The move could be good news for Stelco shareholders, because it broadens the company’s narrow shareholder base. Before the deal, Bedrock held 60.1 per cent of Stelco’s shares, which may have contributed to the fact that few Canadian brokerages, beyond BMO Nesbitt Burns and National Bank Financial, even followed the stock.

Stelco has been performing well. Last week, it reported that its third-quarter revenue rose to $619-million, up 84 per cent over last year. Profit rose to $123-million or $1.52 a share after adjustments. While U.S. tariffs cost the company $39-million during the quarter, Stelco management believes it can shift its U.S.-bound production to the Canadian market, eliminating tariffs altogether.

The stock looks cheap if these promising fundamentals hold up.

“The market seems to be implying 2019 EBITDA [earnings before interest, taxes, depreciation and amortization] is going to get cut hard, likely due to falling [steel] prices,” David Gagliano, an analyst at BMO Nesbitt Burns, said in a recent note.

He doesn’t think so. He assumes that U.S. steel prices will decline by an average of about 8.5 per cent next year. Even so, by his calculations Stelco will generate EBITDA of $478-million in 2019 – lower than his estimate for 2018 but about 120 per cent higher than 2017.

“After delivering a solid third-quarter result, supportive outlook, and announcing a 5 per cent share buyback, Stelco remains one of the least expensive stocks under coverage,” Mr. Gagliano said.

Mr. Watsa apparently agrees. And if he sees something in a steelmaker, you have to wonder if his institutional peers are gazing upon cyclical opportunities elsewhere too. If the global economy proves the naysayers wrong, these beaten-up stocks look like a deal. 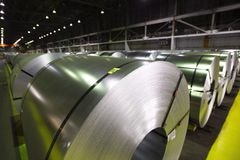 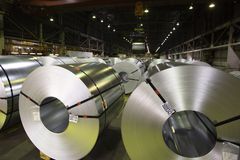