François Bourdon is taking some flak right now for his contrarian view on the economy. While some market watchers predict a recession will hit this year or next, the global chief investment officer of Fiera Capital Corp. believes the markets have more room to run.

Despite the criticism, Mr. Bourdon isn’t wavering from his view. "We think we’re later in the economic cycle. We are in the eighth inning, which means there’s still some game to be played. We don’t see a recession in 2019 or 2020, it’s probably coming in 2021 or later,” says Mr. Bourdon, whose team manages $14-billion in assets. The firm overall manages about $136-billion. His Multi-Strategy Income Fund, which includes a mix of investments such as stocks, bonds, preferred shares, real estate investment trusts and infrastructure, returned 2.6 per cent over the past 12 months, as of Feb. 28. Its compound annual growth rate was 5.7 per cent over the past 10 years.

The Globe and Mail recently spoke to Mr. Bourdon about his take on the economy, sectors he favours right now and what it’s like to be off consensus on something as big as a recession call.

Your forecast is different from those who believe a recession is imminent. Why?

The U.S. economy has done tremendously well over the last couple of years. The potential of the U.S. economy has improved, productivity has been better, the consumer is flush with cash. The U.S. consumer isn’t in trouble. As far as the rest of the world is concerned, its economic cycle isn’t even in the eighth inning. In Europe, they still have negative rates and the central bank isn’t tightening. In China, the government is pumping money into the economy. Typically, monetary policy takes 12 months to make its way into the economy. We think we’re good for another 12 to 18 months [of growth].

Where do you see interest rates heading from here?

We think they are headed higher. Right now, the yield curve is flat-to-negative. We think central banks will be back in the game at the end of the year after taking a pause because the economic environment was worrisome at the end of 2018 and the beginning of 2019. With improving economies around the world and a resynchronization of the global economy, we think that central banks will be back [raising rates] as inflation rises.

What’s your investing strategy based on your forecasts?

We like equities and think they’re headed higher. Even though the stock market has gone up in the first quarter, we think it will continue. That said, we also aren’t pounding the table and saying investors should be heavily exposed to risky assets, because of where we are in the economic cycle. Also, with the U.S.-China trade dispute, there's a risk any resolution that might happen won’t be good enough [to appease the market].

What sectors are you bullish on?

We like energy. The price of oil has increased a bit. The price of Canadian oil is moving higher, which is good news. Financials should also do well in an environment of reflation, which is when the central banks are pumping money to reflate the economy.

We also like preferred shares, which are a hybrid between fixed income and equity. They are lower on the balance sheet than typical bond and in front of common equity. As the credit situation improves and visibility of the economic cycle extends – based on our forecasts – it should be a good environment for preferred shares. They’ve been hurt badly [in recent months]. They haven’t rallied compared to other similar credit-related asset classes. From a risk-reward standpoint, we think preferred shares or preferred-share ETFs are a good spot to be in. They’ll benefit from an improving economy and from the yield curve finding its way back to positive.

What sectors are you bearish on?

We have sold down our position in interest-rate sensitive sectors such as utilities and telecom. We think they’re overpriced. We reduced our position at the end of 2018.

I’ve been in this business for quite a long time. We’ve been bearish and bullish. … We don’t go off consensus for the sheer pleasure of it. It’s our view, so we express it. Our job is to call the markets … and to make money for our clients. They don’t care about my view [being contrarian or not], as long as I’m right. 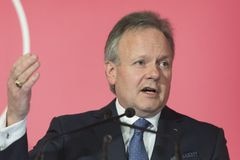 Contra Guys: Why it may be time to dump Berkshire Hathaway Subscriber content
April 4, 2019 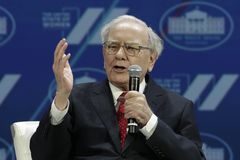