Are you baffled by where the stock market is headed next? You’re not the only one.

In recent weeks, stocks have advanced, based on the dubious logic that bad news is good news. According to this line of thinking, weaker global growth will be a pick-me-up for share prices because fading growth will pull already low interest rates even lower and increase the attractiveness of stocks.

If that makes sense to you, you are a very trusting soul. Or a money manager in need of comfort.

To make matters even more complicated, most of the key economic questions of the next few months are imponderables. Will China and the United States lurch into an all-out trade war? Will the United Kingdom crash out of the European Union in a no-deal Brexit? Will Canada’s housing market lose altitude or resume its ascent?

Nobody knows the answers. We can, however, offer you a useful substitute: The 2019-20 list of key indicators for investors to follow. This year’s top five indicators offer a diverse range of perspectives on the forces that will shape the 12 months ahead. Taken together, they can help you assess whether it’s time to flee the market or double down. Over the next few months, this might prove rather useful.

As housing goes, so goes the Canadian economy. For a broad look at how housing is faring across the country, turn to the Teranet-National Bank House Price Index. It offers monthly updates on resale prices of single-family homes in 11 major cities.

The Composite 11 index surged from 2000 to early 2017. But after the introduction of tighter mortgage requirements and levies on some foreign buyers, it has faced growing resistance. The index has flat-lined for the past year and a half.

What happens from here? Optimists argue a booming jobs market will help home prices regain their upward momentum. Pessimists worry that Canadians are carrying unprecedented amounts of debt and are vulnerable to any flicker of distress. Either way, a big part of Canada’s economy hangs in the balance. So keep watching the Teranet index.

Where to find it: housepriceindex.ca

U.S. President Donald Trump’s bluster on trade has occupied front pages since his election in 2016. Investors who want to track the real-world impact of his sabre-rattling should keep a close eye on what’s happening on factory floors.

The JPMorgan Global Manufacturing PMI offers a convenient way to do just that. It surveys purchasing executives at manufacturers around the world to gauge the state of their businesses. Right now, the purchasing managers’ index is unusually glum: It has sunk to its lowest point in six-and-a-half years.

At the start of July, the PMI was registering a reading just below 50, a level that suggests the sector is shrinking. To put that another way, global manufacturing is in a recession. This is not good news.

Where to find it: Google “JPMorgan Global Manufacturing PMI news release.” The index is updated at the start of every month, so look for the latest release.

As factories downshift, so do expectations for global growth. Those fading expectations are reflected in bond yields, which have plunged around the world as worried investors rush to the supposed security of bonds.

German bonds demonstrate just how far this trend has gone. Back in January, investors willing to lock up their money for a decade in German government debt could still earn a sliver of return. As expectations have faded in recent months, the yield on the benchmark 10-year bond has sunk even lower, dipping below zero. People are now paying for the privilege of saving.

German bonds are just one part of a massive pile of negative yielding debt around the world. This mountain of sub-zero debt now tops US$12-trillion and is a clear sign of growing pessimism about the global outlook. Investors should celebrate any hint this negativity is fading and yields are once again moving up.

Where to find it: Both MarketWatch and Bloomberg.com offer data on German 10-year bond yields.

U.S. bonds can also tell you a lot, especially when it comes to assessing the risk of a North American recession. The key here is watching for deviations from the usual pattern.

It usually costs more for a bond investor to borrow money for longer periods than for shorter periods, because tying up your money for a decade involves more uncertainty than committing yourself just for a few months. The yields on 10-year bonds are therefore nearly always higher than on two-year bonds.

When this pattern flips, and it costs more to borrow cash for shorter periods than for longer stretches, trouble is brewing. Over the past half century, the yield curve – a measure of how short-term bond yields compare with long-term yields – has inverted before nearly all U.S. recessions.

Right now, different parts of the U.S. yield curve are sending different messages. The most frequently cited yield-curve measure – how 10-year bond yields compare with two-year bond yields – is not inverted, but it’s awfully close. The 10-year yield is only a tiny fraction of a percentage point above the two-year yield.

This flattening trend suggests recession risks are rising, but a recession is still not a done deal.

Where to find it: Go to fred.stlouisfed.org, a site maintained by the Federal Reserve Bank of St. Louis, and search for “10-year Treasury minus 2-year Treasury."

Forget central bankers. The people who hold the keys to the global outlook are U.S. consumers. So long as they keep shopping, the world’s largest economy is still in decent shape – good news not just for Americans, but for Canadians as well.

You can track the state of the U.S. consumer by following the rate of growth in U.S. retail and restaurant sales. When growth falls to zero for more than a couple of months, the U.S. economy is hitting headwinds. This doesn’t necessarily mean a recession is imminent, but it does suggest stresses are growing.

Right now, retail and restaurant sales are still growing, albeit at a modest clip. This is a mildly positive sign. Optimists have to hope it continues.

Where to find it: Go to the St. Louis Fed site at fred.stlouisfed.org and search for “advance real retail and food services sales.” Select this series, then hit the “edit graph” button and choose “per cent change from year ago” under “units.”

Opinions are a dime a dozen in investing. That’s why it makes sense for every investor to keep track of a few economic indicators. These gauges can offer an objective counterweight to some of the heated rhetoric and dire forecasts you will hear.

Which indicators should you follow? That will vary with economic circumstances. A year ago we suggested investors track half a dozen key gauges. Our list included the Teranet-National Bank House Price Index of Canadian housing, the U.S. yield curve, U.S. retail sales, Italian bond yields, the S&P SmallCap 600 index and the CSI 300 index of Chinese stocks.

Each of these indicators proved its value over the past 12 months. The house price index, for instance, flat-lined. That suggested Canada’s economy was neither cooling nor roaring ahead – which turned out to be an accurate representation of reality.

For their part, Italian bond yields offered a front-row seat on the tumult in the euro zone. At first, the yields shot up in response to growing worries over Italy’s fiscal situation. Then they plunged as the euro zone economy slowed and bond yields across the region took a nosedive. Right now, Italy can borrow money for 10 years at lower rates than the U.S. can. If nothing else, this should help allay investors’ concerns about any imminent breakup of the economic bloc.

Over in the U.S., the yield curve suggested anxiety was mounting in the months after our article appeared. However, decent retail sales showed that Main Street was still in good shape. S&P 500 investors who took the hint and stayed the course had to endure a wild ride, but wound up eking out a gain.

One of the key issues a year ago was how the U.S.-China trade conflict would play out. The CSI 300′s plunge and recovery since then demonstrates that China appears confident it can weather the storm. In contrast, the lacklustre results of U.S. small cap stocks – a traditional refuge in times of economic stress – suggests that Donald Trump’s escalation of trade wars may be inflicting damage on his own country.

This year we’re going with a slightly different list of indicators:

They should offer a good read on how today’s environment of ultra-low rates, trade tensions and lofty Canadian real estate prices will progress. 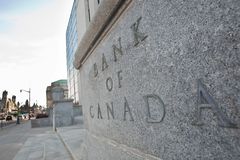 Why the market had a downbeat response to an upbeat jobs report (and what it means for the path of interest rates)
Subscriber content
July 5, 2019 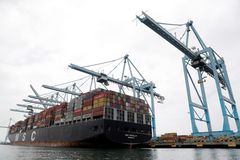 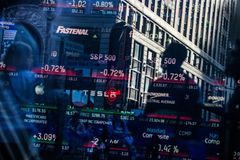