Ian McGugan
Published May 31, 2020 Updated May 31, 2020
For Subscribers
Comments
Please log in to listen to this story. Also available in French and Mandarin. Log In Create Free Account

Global stock markets are in an ecstatic mood. Their consistent message is that history’s briefest depression is receding fast.

Maybe so. But you don’t have to be a curmudgeon to wonder if investors are getting just a bit ahead of reality.

Sure, central bankers have responded with overwhelming force to the pandemic. Public-health authorities appear to be making progress against the novel coronavirus. And many countries, including Canada, are now restarting their economies.

But there is still a lot we don’t know about what comes next. Investors should consider four threats that could darken the market’s carefree mood over the months ahead.

The first is obvious: We still don’t know how well contained the virus is. The Spanish flu pandemic of 1918 proceeded in three stages. This coronavirus may also come in waves. Or it could simply take advantage of relaxed restrictions to flare up again in local outbreaks, as it has already in South Korea and Lebanon. If so, rolling regional lockdowns may continue to stifle activity.

That points to a second threat – the possibility that the economic recovery won’t be quite so rapid as markets are assuming, perhaps because of renewed viral outbreaks, perhaps because of other factors such as increased consumer caution and other ripple effects from lockdowns.

Expectations for the rebound are now so high that it would not take much of a shortfall to disappoint them. To see just how rosy projections have become, look at the iShares MSCI World ETF, which tracks stock markets in developed countries around the globe. It has rocketed upward by 37 per cent since March 23. The investors who are propelling it skyward seem convinced the global economy will bounce back strongly from the pandemic.

Their growing ebullience is reflected in the panic/euphoria model developed by Citigroup analysts. The model consists of a series of calculations that measure market sentiment by looking at surveys of investors’ attitudes as well as more concrete measures of optimism such as margin debt and futures buying.

The model indicated panic in late March. It now registers outright euphoria – a remarkable change of heart considering that unemployment rates in Canada, the United States and other advanced countries are still at Depression-era levels.

The surging optimism is testing the limits of plausibility, according to a spreadsheet developed by Aswath Damodaran, a professor at New York University and author of numerous books on valuation.

His spreadsheet values the S&P 500 Index by looking at a range of potential answers for four key questions: How much will corporate earnings drop this year? How strongly will those earnings bounce back by 2025? What percentage of cash flows will companies return to investors through dividends and buybacks? And what risk premium will investors demand to invest in stocks rather than bonds?

Based on the current value of the S&P 500, it seems that investors are now betting on an unusually fortunate combination of these key factors – a combination that would rank in the top 20 per cent of potential outcomes.

This is not completely irrational. It is, however, highly optimistic.

The optimism will be tested in coming weeks by the growing tensions between the U.S. and China.

The latest showdown between the two superpowers is over Hong Kong. Beijing has vowed to impose a strict new national security law on the territory, undermining the “one country, two systems” arrangement under which the former British colony has operated since returning to Chinese control in 1997.

In response, the Trump administration declared this past week that it no longer considers Hong Kong to be an autonomous territory. The announcement endangers the special trading status that Hong Kong enjoys with the U.S. and could result in the Asian financial centre losing easy access to both U.S. markets and U.S. technology.

The dispute could spiral into another round of global tariff battles. At the very least, it will pose a threat to Western companies that depend on Chinese suppliers or buyers.

The conflict also plays into a fourth and final market threat: the U.S. election in November.

As recently as February, Donald Trump seemed a shoo-in for a second term as president. But his administration’s shambolic response to the virus has put his re-election in doubt. Picking a fight with China might offer a way to bolster his appeal to Rust Belt voters.

“We view the election as a key risk for stocks this summer and into the fall,” Lori Calvasina of RBC Capital Markets wrote in a note on Friday.

She notes that betting markets now expect a close race for both the White House and Senate. Meanwhile, buzz is beginning to grow in political circles about the possibility that Joe Biden, the presumptive Democratic candidate, will pick progressive firebrand Elizabeth Warren as his running mate.

Stocks don’t tend to thrive during periods of political upheaval. The wild election season ahead in the U.S. offers one more reason to be wary of the market’s high spirits. 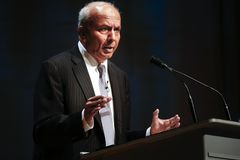 A case study in how not to invest in bank stocks
Subscriber content
May 29, 2020 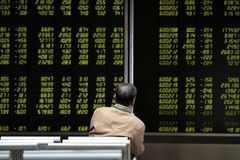