Value investors who want to bulk up their portfolios may want to check out gym operators in emerging markets.

African investments and an edible-oil shipper are other potential bargains, according to speakers at this week’s annual value investing conference organized by the Ben Graham Centre at Western University.

The conference, now in its 14th year, brings together financial heretics – people who disagree with the prevailing academic viewpoint, which holds that the stock market is an efficient calculator of what individual stocks are worth. Instead, value investors insist that Mr. Market is more like a moody sports fan, prone to swinging between irrational extremes of optimism and pessimism.

Conference speakers said the stock market is now going through one of its periodic patches of exuberance. Some believe a reckoning is due.

She suggested that many of the heavily hyped tech businesses now coming to market, such as Lyft Inc. and Uber Technologies Inc., are money-losing operations that don’t deserve the lush prices the market is putting on them. Many other sectors – such as highly indebted, traditional television broadcasters – are living in denial of the technological disruption around them.

Investors should look for opportunities to short such businesses – that is, bet their stock prices are going to fall. We are entering “a golden age of short selling,” Ms. Bernard said.

Many value investors hope she is right, at least when it comes to a major market shift. The past decade has generally been a miserable time for traditional bargain hunters. As highly priced tech stocks have roared ahead and ultra-low interest rates have encouraged companies to strap on mountainous debts, investors who search for bargains and insist on a margin of safety have been left behind.

Some worry that governments and central banks are ready to unleash even more financial stimulants. Kiril Sokoloff, chairman of 13D Global Strategy & Research, told the conference that he perceives a shift in thinking, with many people, including famous investors such as Ray Dalio and Warren Buffett, growing more comfortable with government deficits.

Meanwhile, Modern Monetary Theory is making inroads. Proponents of MMT argue governments that borrow in their own currency should not feel constrained by worries over debt and should create money to goose the economy during times of slow growth and high unemployment.

In many countries, “the financial spigots will be opened up because you’re not getting growth and the populist pressure is just too great,” Mr. Sokoloff said. This could lead to a resurgence of inflation.

So what does that mean for investors? Mr. Sokoloff believes emerging markets offer attractive opportunities because of the low stock valuations, improving quality of governance and relatively rapid population growth. Even Africa, a continent usually ignored by most investors, deserves attention, he said.

In addition, producers of many raw materials, from oil to gold, look cheap. “The whole commodity sector is enormously undervalued,” he said.

Value investors typically shy away from cyclical commodity producers, but it may be time to rethink that aversion, according to Bob Robotti of Robotti & Company Advisors LLC in New York. He encouraged conference attendees to think more broadly about areas they have shunned in the past.

One of his top picks is Stolt-Nielsen Ltd., a European provider of bulk-liquid storage and shipping for chemicals, edible oils and similar products. It is a commodity-based business with low margins and substantial amounts of debt – features that turn off many value investors. But Mr. Robotti argued the business has significant barriers to entry and is improving its earnings potential under current management. All of that makes the stock look like a bargain in his eyes.

The key to finding attractive prospects is going out to meet companies face to face, Ms. Bernard said. One area she is fascinated by is gym chains, especially in emerging markets.

For instance, her company has bought shares in Leejam Sports Co., which operates fitness centres in Saudi Arabia and the United Arab Emirates. It is well positioned to benefit from the region’s youthful population – about 70 per cent of Saudis are under the age of 40 – and also from its focus on women-only gyms, an attractive business in a region where women are barred from many activities.

Leejam boasts strong growth, high margins and a robust balance sheet – all features lacking in many North American companies. Ms. Bernard said her company is skeptical of valuations in the U.S. stock market. Instead, she is looking for opportunities in mid-sized companies with low debt and dominant market shares in emerging economies. “That’s where we believe you can still find value,” she said. 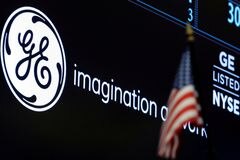 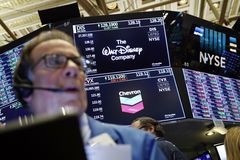