A merciful respite from the pandemic panic in stock markets on Tuesday gave investors the chance to survey the extent of the damage so far, and the cost is a heavy one – US$20-trillion wiped out from global markets over the course of a brutal sell-off.

In Canada, it was only a little over three weeks ago that the S&P/TSX Composite Index rang in a record high, at which time the total market capitalization of the companies in the index was $2.74-trillion.

The ensuing seismic shift in market sentiment reduced the market value of Canada’s benchmark index to $1.89-trillion by the time the closing bell ended a chaotic session on Monday.

Since the start of last week, three trading days have had double-digit drops in Canadian stocks.

“From an orderly selloff in February, March has been pure madness so far with fears taking hold of investors, where the rush for safety led to indiscriminate selling,” Hugo Ste-Marie, a strategist at Scotia Capital, said in a report.

The sell-off in Canadian stocks has been all consuming, with every sector of the market and every single company in the Composite bearing losses. From peak to trough, the best performing Canadian stock as of Monday’s close was grocer Metro Inc., which was down by 2.7 per cent. The hardest-hit stock in the index was oil field services company Shawcor Ltd., which is down by 90 per cent.

Several other oil and gas companies have suffered enormous losses, including Cenovus Energy Inc. at minus 72 per cent, MEG Energy Corp. at minus 74 per cent and Whitecap Resources Inc. at minus 78 per cent.

The sole non-energy name in the 10 worst performers is Cineplex Inc., which announced on Monday it was temporarily closing its entire chain of theatres. The company’s agreement to be taken over by London-based Cineworld Group Inc. is also very much in doubt. Cineplex shares dropped by 72 per cent from mid-February.

There has been no refuge in defensive stocks, which up until the pandemic meltdown, were on a roll. The TSX utilities sector dropped by 27 per cent, while real estate stocks were down by 29 per cent.

In the United States, the bear market is setting grim records for its speed and severity. On Monday, the CBOE Volatility Index (VIX), which is a proxy for the level of investor fear at any moment, skyrocketed to a record high of around 83, which exceeded its peak at the height of the global financial crisis.

A repeat of Monday’s 12-per-cent drop in the S&P 500 index – its worst since 1987 – would probably require the VIX to soar again, further into uncharted territory in excess of 100, Jonathan Golub, chief U.S. equity strategist at Credit Suisse Securities, said in a note.

“While this is surely possible, we believe it is highly improbable,” Mr. Golub said.

But it is far too soon to call a bottom to the market rout, with the coronavirus coursing through Europe and North America and vast swaths of the global economy shutting down.

In addition to volatility-driven selling pressure, dropping economic estimates and falling profit forecasts will likely exact a deepening toll on equity prices in the days and weeks to come.

There aren’t any suitable modern precedents for grasping the potential damage to the economy. But China’s experience with the coronavirus offers some troubling clues into the effects of sweeping lockdowns.

On Monday, China’s National Bureau of Statistics reported that industrial output fell by 13.5 per cent in the January-February period from last year. Economists were expecting a 3-per-cent drop.

“These are unprecedented rates of contraction far in excess of the impact of the global financial crisis,” Bank of Nova Scotia’s head of capital markets economics, Derek Holt, said in a note.

With North American stock benchmarks where they are, investors have yet to assume a severe recession is imminent.

“If the S&P 500 falls meaningfully below 2,300, it will signal to us that stocks are starting to bake in something more onerous,” wrote Lori Calvasina, head of U.S. equity strategy at RBC Dominion Securities.

How young investors are reacting to their first major market rout
March 17, 2020 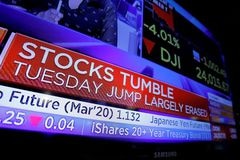 A couple of months could mean frightening things for the economy and GDP
Subscriber content
March 17, 2020 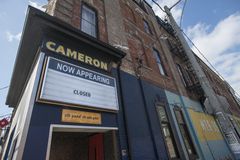 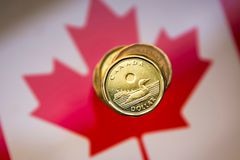