The stock market is handling the crude oil supply shock with a level of calm bordering on indifference.

The drone and missile attack that temporarily knocked out half of Saudi Arabia’s oil output on the weekend certainly shook the global energy market, with both crude prices and oil and gas stocks spiking.

But the disruption did not generate the kind of wild gyrations in broad stock-market indexes typically reserved for major geopolitical events.

In this instance, the ability of the oil market to dominate overall investor sentiment seems to have diminished.

On Monday, the resource-heavy S&P/TSX Composite Index rose by just 0.4 per cent. “That reflects how the energy sector has lost some prominence in Canada,” said Les Stelmach, an energy portfolio manager at Franklin Bissett Investment Management.

On Tuesday, in the wake of a 6-per-cent retracement in crude prices after Saudi Arabia played down the impact the attack will have on production, the TSX Composite climbed a further 0.5 per cent.

In the United States, whose economy is historically averse to higher energy prices, the S&P 500 index reacted to the news out of Saudi Arabia with a mere 0.3-per-cent decline on Monday and little change on Tuesday.

That resilience is likely rooted in the U.S. shale-oil boom, which has profoundly altered the global oil market over the past decade.

The U.S. now has the world’s largest oil and gas industry, effectively providing some insulation against supply shocks originating in the Middle East.

“If this happened 10 years ago, when the U.S. was still a much smaller producer than Saudi Arabia, I wonder if oil prices would have skyrocketed,” Bank of Montreal chief economist Douglas Porter said.

The attack effectively removed 5 per cent of the world’s oil supply, enough volume by historical standards to incite a much more dramatic move than was seen on Monday.

The oil glut starting in 2014 that crushed crude prices by as much as 75 per cent, for example, was brought on by a global surplus of just 2 per cent.

The move in West Texas Intermediate (WTI) futures on Monday was a relatively muted 14 per cent, which still made it the largest one-day advance since 2008.

On Tuesday, after Saudi officials said it should be back to full production within a few weeks, WTI lost about half of its gains from the previous day to drop back below US$59 a barrel.

But the incident should serve as a reminder that crude-oil prices deserve a “risk premium,” which had previously vanished in the face of a perennial global oversupply, Mr. Stelmach said.

The clearest beneficiary of the repricing of crude was the beleaguered energy sector, as the group of exploration and production stocks within the S&P/TSX Composite Index rose by 11.4 per cent on the Monday, while the broader energy sector increased by 4.2 per cent. Canadian energy stocks largely held on to their gains in the face of Tuesday’s oil-price decline.

But the Canadian energy sector has seen its market influence steadily wane. A downturn now five years running has reduced energy’s weighting within the S&P/TSX Composite Index to around 16 per cent, compared with 27 per cent in 2014.

While domestic stocks are less susceptible to oil’s fluctuations, the Canadian economy still clearly benefits from higher oil prices as a result of the country’s considerable energy exports.

The U.S., on the other hand, was until recently the world’s largest oil importer, making its economy highly vulnerable to the price of oil.

“That's no longer the case,” Mr. Porter said. “It's not the single-edged sword that it used to be for the U.S. economy. Now it has mixed blessings.” 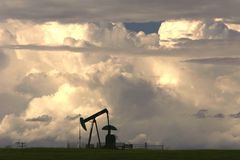 Iran’s Supreme Leader rules out talks with U.S. as tensions rise in wake of attack on Saudi oil facilities
September 17, 2019 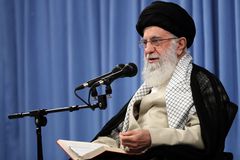 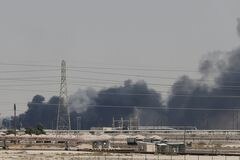