The inflation numbers are starting to look worrisome, the more so because Statistics Canada can’t seem to get its act together.

The federal agency first pegged the January rate at 1.5 per cent but then revised it upward to 1.8 per cent a few days later, citing errors in methodology.

If the revised figure is correct, it’s getting very close to the low end of the Bank of Canada’s traditional target range of between 2 per cent and 3 per cent.

The bank, along with the U.S. Federal Reserve, has indicated it will not move quickly to raise rates to contain inflation. Doing so could put a brake on the post-pandemic economic recovery.

Both Bank of Canada Governor Tiff Macklem and Federal Reserve chair Jerome Powell adopted a “What, me worry?” approach to inflation expectations in comments last week. Both indicated that rates would stay low for as long as it takes for the economy to fully recover.

“The economy is a long way from our employment and inflation goals,” Mr. Powell said before the U.S. Senate Banking Committee. That’s likely to take “some time to achieve.”

Mr. Macklem took the same line in a virtual speech to the Calgary and Edmonton chambers of commerce. “It will be some time before we see a complete economic recovery,” he said. “The Bank’s latest forecast doesn’t anticipate economic slack being fully absorbed until into 2023.”

But if inflation keeps pushing higher, the central banks are going to have to walk a fine line.

Even without central bank intervention, market rates are already moving higher. The yield on 10-year U.S. Treasury bonds settled at 1.459 per cent on Friday, up from 0.917 per cent at the start of the year. That’s an increase of 54.2 basis points in two months, a very significant and troubling move. (There are 100 basis points in a percentage point.)

Investors are seeing the impact in both stocks and bonds. Stocks recorded big losses on Thursday, with high-flying technology issues hit especially hard.

The bond market didn’t do much better. When yields rise, bond prices drop and that’s exactly what has happened. As of Thursday’s, close, the iShares Core Canadian Universe Bond Index ETF (XBB-T) was down 4.6 per cent year to date. The Long Term Bond Index ETF (XLB-T) has taken a bigger hit, with a loss of 9.4 per cent. The longer a bond’s term to maturity, the more exposed it is to rising interest rates.

Even inflation-protected bonds are struggling. The iShares Canadian Real Return Bond Index ETF (XRB-T) lost 7.7 per cent in the past two months. The bond market did regain some ground on Friday.

In times like these, the best strategy with fixed income securities is to stay short term, although even the iShares Core Canadian Short Term Bond Index ETF (XSB-T) is down 0.8 per cent year-to-date. The Corporate Bond version (XSH-T) has lost 0.6 per cent.

The best performer in the iShares Canadian bond family so far this year is the Convertible Bond Index ETF (CVD-T), which has gained 2.4 per cent. Convertibles offer a play on both the bond and stock markets.

Inflation hasn’t been a major concern for years, but that idyllic scenario may be ending. Governments have been deficit spending at rates unseen since the Second World War. Central banks are employing quantitative easing to buy massive amounts of new bond issues, a process that simply amounts to printing money. Since the start of 2020, the money supply in the United States has increased 25 per cent. The comparable figure is 18 per cent in Canada. All this is unsettling stock markets, which were already in bubble territory.

These are treacherous waters for investors. As mentioned, on the bond side of the equation the safest strategy is to stay short. Money market funds are once again worth considering as rates rise.

As for stocks, we’re seeing the negative impact of rising bond yields as some money shifts from high-priced tech issues to the safety of Treasuries. My advice with tech stocks is take part profits if you have some large gains. Reinvest some of your gains in bank stocks, which do well in a rising rate environment.

Meanwhile, keep a close eye on inflation numbers and U.S. 10-year Treasury bond yields. If they keep rising at the current rate, it’s a sign of more trouble ahead.

Gordon Pape is editor and publisher of the Internet Wealth Builder and Income Investor newsletters. For more information and details on how to subscribe, go to www.buildingwealth.ca/subscribe 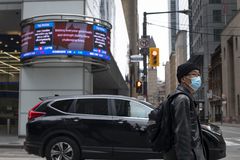 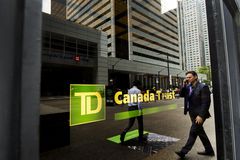 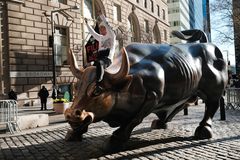