It’s been a bad year for real estate investment trusts. The pandemic hit the industry hard, with those specializing in malls, office buildings and hotels taking the brunt of the impact.

But a recovery is under way. The numbers tell the story. The S&P/TSX Capped REIT Index was down 14.7 per cent for 2020 as of Dec. 4. But the latest quarter shows the sector up 14.4 per cent in that period. REITs are staging a comeback and income investors should pay attention while there are still bargains to be found.

Here are three to check if you want to add some high-quality real estate to your portfolio.

Comments: This REIT offers a portfolio of high-quality health care real estate located in major markets in the Americas, Europe and Australasia. In Canada, the REIT is the largest non-government owner and manager of medical office buildings and health care facilities from coast to coast. The portfolio consists of medical office buildings, clinics and hospitals and is characterized by long-term indexed leases and stable occupancies.

On Nov. 12, management released solid third-quarter results and announced the completion of its $3-billion European joint venture, which will enable it to expand its footprint in the European Union.

Third-quarter net operating income increased by 3.4 per cent over the same period a year ago to $72.2-million. Adjusted funds from operations (AFFO) came in at almost $40-million (23 cents a unit) compared with $35.6-million last year.

Management said the defensive nature of the REIT’s portfolio meant the pandemic had little effect on its cash flows and occupancy. As of quarter-end, occupancy was 97.2 per cent and more than 80 per cent of revenue was provided directly or indirectly by public health care funding.

The yield is very attractive for a REIT of this quality and the nature of its portfolio limits the downside risk.

Comments: Not many REITs have raised their distribution this year. This is one of the rare exceptions. It wasn’t a big increase – 3.4 per cent, effective with the August payment. But it showed confidence that the Minto will come through the pandemic in good shape. Even with the increase, the yield remains low at 2.4 per cent, suggesting a high degree of investor confidence.

Minto owns and operates a portfolio of 29 high quality, multiresidential properties in Toronto, Ottawa, Montreal, Calgary and Edmonton. It describes itself as Canada’s only 100-per-cent urban residential REIT, as all of its properties are located in urban core areas with excellent transport links.

Third-quarter results were very good, especially in the context of widespread concern about tenants falling behind on rents during the pandemic. AFFO increased by 23.8 per cent to $11.6-million, compared with $9.4-million in the same period last year. However, AFFO a unit declined by 0.6 per cent compared with last year, as a result of new share issues.

“The REIT’s portfolio continues to generate solid performance despite the uncertainty created by COVID-19,” said Michael Waters, chief executive officer of Minto. “Our rent collections remain strong, and we continue to execute on our internal and external growth strategies.”

Comments: Although the REIT sector is gradually recovering, it’s rare to find one that is trading at a higher price than at the start of the year. This one is up an impressive 14.7 per cent since Jan. 1.

Granite was spun out from Magna International Inc. in 2011. It houses the properties on which Magna’s plants are built. Management has pledged to diversify to other industries since then, and it has been delivering on that promise. In the third quarter, it completed $164-million worth of new acquisitions, including a distribution facility near Toronto’s Pearson airport, four industrial buildings in Mississauga and a fully leased light manufacturing facility in Ajax, Ont. It also closed previously announced deals in Europe and the United States.

Third-quarter adjusted funds from operations was $52.7-million (91 cents a unit), compared with $44.4-million (90 cents) the year before. Net operating income was $76.5-million compared with $60.1-million in the prior-year period. Management said the increase of $16.4-million was primarily as a result of acquisition activity beginning in the third quarter of 2019.

Granite joins Minto as one of the few REITs to increase the distribution in 2020. The board of directors has approved a 3.4-per-cent hike to 25 cents a month ($3 a year), effective with the December payment (which investors will receive in January).

Not all REITs are faring as well. But most are well off their March lows and the sector is looking interesting again. It’s time to take a fresh look.

Gordon Pape is editor and publisher of the Internet Wealth Builder and Income Investor newsletters. For more information and details on how to subscribe, go to buildingwealth.ca/subscribe.

The highest yielding stocks on the TSX, plus risk data
Subscriber content
December 7, 2020 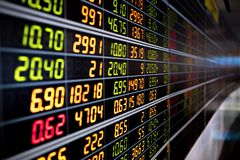 Gordon Pape: With signs of recovery emerging for REITs after a rough 2020, these three are worth attention
Subscriber content
December 7, 2020 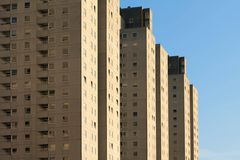