It’s time to check out the Q&A inbox and see what’s on readers' minds. Here are some of the most interesting questions we’ve received recently.

Q – My wife and I have been subscribing to your newsletter for 10+ years and have found the information that yourself and your contributors provide very helpful and informative.

Recently, Nuvei released its IPO and I was wondering what your opinion is on this stock? Given the future requirements of secure transactions, it seems as though they may be a good long-term investment but given the volatility of the world today it is difficult to judge what might happen even tomorrow.

Any thoughts on NVEI would be greatly appreciated. – Justin C.

Nuvei announced the completion of its initial public offering (IPO) on Sept. 22. The company issued almost 31 million shares at US$26, raising a total of US$805 million. The shares trade on the TSX under the symbols NVEI (Canadian dollars) and NVEI.U (U.S. dollars). The stock has moved higher since it began trading, although it recently pulled back from its higher. The shares closed on Oct. 13 at $52.66 (US$40.05).

The financial reports presented in the prospectus show a company that is increasing revenue and improving the bottom line. In 2019, Nuvei reported revenue of US$245.8-million, up from US$149.7-million in 2018. For the first six months of this year, revenue was US$165.6-million.

So, what do we have here? Another Shopify? That seems doubtful, given the narrow base of its product offering (payments). But investors clearly see value, and perhaps takeover potential, in the stock. Moreover, it has momentum, which is essential in today’s market.

I would view it as a speculation at current levels, despite the improving financials. If you have some money you are willing to risk, go ahead. But conservative investors should stand clear. – G.P.

Would you please comment on that spread? Is it too aggressive?

Should we anticipate a significant change in the value of the Canadian dollar versus the American dollar in the near future?

Thank you for your opinion. – Marcel B.

A – Your allocation is not aggressive at all. In fact, it’s much too conservative. Yes, these are uncertain times but holding 75 per cent of your RRIF in cash is overkill, especially when you are counting on it as your main source of income. I doubt that your equity holdings are generating enough cash flow to meet the minimum withdrawal requirements, which means you are encroaching on principal.

Here is an alternative conservative approach. Figure out how much cash you will need over the next three years and retain that amount, half in Canadian and half in U.S. dollars. No one can predict with any degree of certainty how the exchange rate will evolve over that time, so hedge your bets.

Your RRIF will generate more income and the cash position will protect you from having to sell if you need to withdraw money when the market is down. – G.P.

Q – I’m trying to decide which discount broker to deal with. Which one do you suggest? – Sandra C.

A – I have not analyzed the pros and cons of various Canadian discount brokers however Rob Carrick of The Globe and Mail publishes an annual review. His 2020 ratings were released last January, with Qtrade Investor at No. 1.

He writes that he is impressed by Qtrade’s “attention to details in supplying almost all the features investors need to be successful”. He rates it “A+”.

I was also recently alerted to a smaller scale analysis done by Christopher Liew, CFA, who is the creator of Wealth Awesome.

He ranks the top six trading platforms in this country and rates Questrade as No. 1, stating: “The company has competitive fees, fantastic customer support, research tools, and a variety of trading platforms for beginners to pros”. Qtrade is also on his top six list. You can read his report here.

It’s worth noting that among the major banks, TD Direct Investing rates high on both lists. Mr. Liew names it as his No. 1 choice among the big banks, while Mr. Carrick gives it an “A” rating. – G.P.

Q – My wife and I recently sold our U.S. vacation home. We took the cash and transferred some into Canadian dollars. We will use these dollars to pay our Canadian tax obligations as well as a couple of large purchases. We are left with over US$200,000. At the moment these funds are sitting in a U.S. dollar account at RBC. This account pays next to no interest. Presently we have no need for this money. In the future we would like to use some for travel.

It might be a good time to transfer some of these dollars to Canadian because of the exchange rate. What do you think? However, we would like to keep most of this money in U.S. funds. Do you have a suggestion as to where we could park/invest this money? Many thanks! – Martin K., Okotoks, Alberta

A – I think your idea of keeping most of the money in U.S. dollars is wise. It’s hard to see the Canadian dollar significantly appreciating in value in the near- to medium-term unless there is a sudden spike in oil prices – which is highly doubtful.

As to where to park the money, according to RateHub.ca, the best rate available on a one-year U.S. dollar GIC is 1.10 per cent at ICICI Bank Canada, a subsidiary of a large Indian bank. Their five-year rate is 1.55 per cent. – G.P.

Q – I have to withdraw money from my RRIF account before the end of this year. I plan to transfer shares in-kind to my non-registered account. I believe in transferring shares that are expected to grow in value. (Of course, there is no guarantee.) If the shares' value increases in the RRIF, the tax will be about 50 per cent for the capital gain at the eventual withdrawal. In the non-registered account, the tax is only about 33 per cent for capital gain. Do you agree with this approach? - Tibor H.

A - When you say you have to withdraw money from the RRIF by year-end, I assume you are referring to the annual minimum payment. That’s the only reason you are legally obligated to take money from a RRIF.

I suggest you don’t take any more than that. If you withdraw additional money just to reinvest, you’ll have to pay tax on it immediately and you’ll lose years of tax-sheltered compounding inside the RRIF that tax payment would have produced. My view is that you should never pay taxes any sooner than you need to.

As for the tax rate you’ll pay in the future, it won’t necessarily be 50 per cent on money earned from capital gains. It will depend on your total income in the year of withdrawal. - G.P.

If you have a financial question for me, please send it to gpape@rogers.com and write Globe Question in the subject line. I can’t guarantee a personal response, but I’ll answer the most interesting questions in this space.

Heinzl’s mailbag: The best way to tap your RESP – and another take on Brookfield Renewable Corp.
August 21, 2020 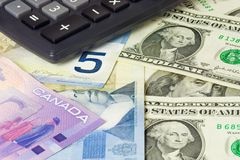 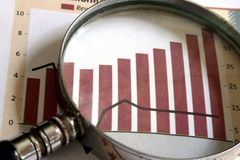