There were many reasons to greet unclear U.S. election results this week with some trepidation, from fears of social unrest to concerns about the government’s response to the raging pandemic and weak economic recovery.

The stock market, though, was delighted: The S&P 500 rose 7.3 per cent this week, marking its best one-week performance since April – and a sharp reversal from the previous week, which was the worst since March.

“It’s directly related to the perception that gridlock won the election,” Ed Yardeni, president of Yardeni Research, said in an interview.

The key question now: How will this gridlock play out for investors over the next year or so?

Friday marked a slight setback. After big gains on Wednesday and Thursday, the S&P 500 ended the day down about one point, or flat in percentage terms.

The action was mixed outside the United States, too. Canada’s S&P/TSX Composite Index fell 15 points or 0.1 per cent on Friday, while British stocks were almost unchanged and Germany’s DAX index fell 0.7 per cent.

If you were devising an investing strategy based solely on historical numbers, though, you might find plenty of reasons to stick with a divided Washington, where neither party controls the White House, the House of Representatives and the Senate (but assuming that the presidential contest between Donald Trump and Joe Biden, unresolved on Friday, will conclude soon).

Yardeni Research looked at stock market returns during periods when Democrats and Republicans controlled the White House and both houses of Congress, and when Washington was divided.

For numbers going back to 1933, when Franklin D. Roosevelt won the presidency, the researchers found that divided periods generated the biggest gains for the S&P 500: 60-per-cent gains, on average, over periods that stretched as long as 12 years.

Annual breakdowns aren’t as favourable for divided eras. But with an average annual gain of 9.5 per cent, years of division certainly don’t suggest that the current political environment is a reason to run from stocks.

“The alternative that was widely feared by investors was a blue wave, with the Democrats implementing lots of anti-business measures that would adversely affect corporate earnings,” Mr. Yardeni said.

Indeed, a number of observers noted this week that the election results offer a fine balance: They suggest that government will be able to reach an agreement on economic stimulus (even if the final aid package is smaller than what Mr. Biden had hoped for) but there won’t be sufficient political backing to raise corporate taxes.

Oh, and Mr. Trump’s mercurial approach to international relations and tariffs disappears from the national stage

Still, the market’s euphoric response to this week’s election papers over a number of simmering concerns – such as the pandemic, which has been sending U.S. daily infection numbers above 100,000 this week.

“This will likely lead more states to pause or reverse their reopening plans, compounding the detrimental influence on business and consumer confidence,” Michael Gregory, deputy chief economist at BMO Nesbitt Burns, said in a note.

As well, investors are discovering that a divided government can have a big impact on financial markets.

Just look at how government bond yields swung wildly. The yield on the 10-year U.S. Treasury bond climbed as high as 0.9 per cent this week in anticipation of a Democratic sweep (and big stimulus spending). The yield then slumped as low as 0.73 per cent – a notable move by bond standards – on the ambiguous results, weighing on bank stocks.

While a Democratic sweep looked good for underperforming stocks that stood to benefit from a massive stimulus package, that bet is now being challenged as investors rush back into technology stocks.

The tech-heavy Nasdaq Composite Index jumped 6.6 per cent over the past three days, outperforming U.S. dividend aristocrats (companies that have raised their dividends annually for at least 25 years) by more than five percentage points.

The winner of the U.S. presidential election wasn’t decided over the course of this week’s trading – but the stock market isn’t waiting around. 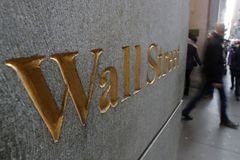 'The market perhaps is starting to cheer’: What observers on the Street are saying with Biden on doorstep of White House
November 6, 2020 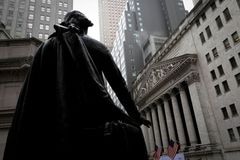 Market movers: Stocks that saw action on Friday - and why
Subscriber content
November 6, 2020 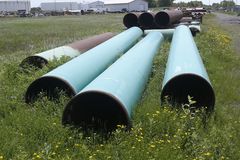