Opining that Canada’s housing market is in a bubble is a popular activity right now – but the stock market doesn’t appear worried.

If the bubble talk is on the mark, it raises the question of whether such stocks are in a precarious position.

The three lenders offer mortgages for prospective homebuyers, in some cases focusing on borrowers who don’t qualify for prime mortgages at major banks. This business model looked vulnerable during the early stages of the pandemic last year, when the lenders’ share prices were hammered in February and March amid fears of surging unemployment and waves of defaulting homeowners.

Since then, rock-bottom interest rates, government financial support and an improving economic backdrop have pushed these concerns aside – and driven strong demand for homes in major urban centres and, increasingly, smaller towns.

The numbers are eye-popping. Canadian home sales in January increased 35.2 per cent from a year ago (before the pandemic struck North America) and the national average price of a home sold increased 22.8 per cent over the same period, according to the Canadian Real Estate Association.

Sales activity rose further in February of this year, while home prices showed the biggest monthly increase on record, prompting warnings from the Canada Mortgage and Housing Corp. (CMHC) and a number of economists of a potential correction.

“This is one sector where strength is not fully greeted with open arms. Indeed, the debate over a possible Canadian housing bubble has broken wide open,” Douglas Porter, chief economist at BMO Capital Markets, said in a note last week.

Canadian mortgage companies are far less diversified than the big banks, making them more susceptible to a housing downturn. Doubts may be creeping in: Home Capital’s share price has retreated about 7 per cent from its recent highs last week. Equitable Group’s share price has fallen about 8 per cent over a similar period.

Given that economists and observers are now floating ideas for how to cool the housing market, risk-averse investors have a strong case for staying clear of the sector.

But does that mean share prices will retreat further? There are a few reasons why mortgage companies can grind higher in spite of concerns over Canadian housing – which, let’s face it, have been brewing for years.

For one, valuations are hardly lofty. Home Capital, Equitable Group and First National trade at an average of 11.9 times reported 2020 profits. The price-to-earnings ratio for these three stocks falls to a modest 10.1 based on estimated profits in 2021, according to RBC Dominion Securities.

What’s more, while share prices are well off their lows from a year ago, they’re not exactly tearing into record-high territory.

Home Capital has not yet passed its prepandemic highs in early 2020. Equitable Group has surpassed its high, but only by 16 per cent. First National is the outlier here: The share price is more than 30 per cent above its prepandemic high, but that’s because investors have warmed to the high dividend yield and the company’s lower credit risk.

Analysts expect profits to rise as the pandemic recedes, economic activity picks up and the yield curve steepens – making loans more profitable for lenders. Another potential tailwind can come as Canada opens the door to immigrants, who can add demand for housing (if not immediately). Last year, the number of immigrants to Canada fell to its lowest level since 1998, because of COVID-19 restrictions.

For now, mortgage stocks are reflecting an optimistic scenario for housing. But they are up against a formidable challenge, as bubble talk ensues. 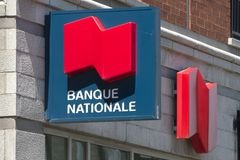 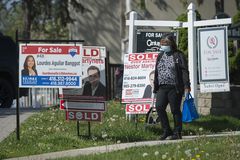