Housing skeptics argue that Canada’s real estate frenzy is a bubble that will inevitably explode, just as the U.S. property boom did in spectacular fashion back in 2007. But what if the skeptics are reading history wrong?

The U.S. experience over the past two decades has been widely misinterpreted, according to recent research from a trio of economists. In a paper entitled The 2000s Housing Cycle with 2020 Hindsight, the researchers point out that while U.S. home prices were unquestionably frothy in 2006, they weren’t entirely the speculative lunacy that is commonly perceived.

The strongest evidence for that viewpoint is that U.S. home prices recovered strongly after their plunge from 2007 to 2012. Looking back over the course of the entire past 20 years, the pattern “is not a boom-bust but rather a boom-bust-rebound,” write Gabriel Chodorow-Reich of Harvard University, Timothy McQuade of the University of California, Berkeley, and Adam Guren of Boston University.

To put that another way, bubble-era speculators were undoubtedly premature, but they were not necessarily wrong. The housing crash devastated home prices for a few years, but it did not leave them in a permanent hole.

The S&P/Case-Shiller U.S. National Home Price Index now stands above its bubble-era peaks, even after adjusting for inflation. This is not what one would expect to see if the boom-era surge in prices had been based on nothing but runaway emotions and wonky debt, as The Big Short and other popular histories of the housing mania suggest.

Instead, fundamental factors appear to have played a larger role then previously thought, according to the researchers. They found that the cities that had the biggest booms in the bubble period between 1997 and 2006 also had the largest busts – but that was then followed by the strongest rebounds.

This suggests bubble-era buyers were not, by and large, a pack of fools. These investors were correct in thinking that the long-run outlook for real estate in several cities had fundamentally improved.

Where these buyers went wrong was in being too optimistic about the short term and taking on too much debt as a result. This led to financial fragility and a crash that dragged home prices below their fundamental value. However, once that shock was past, strong fundamentals powered an impressive rebound.

What were the fundamentals that shifted, beginning in the late 1990s, to drive this trend? Among other things, superstar cities such as Seattle, San Francisco, San Diego and Boston became magnets for well-paid jobs in finance and technology. As well-educated, upwardly mobile families flocked to take advantage of those jobs, they ran up against a limited supply of housing.

Viewed this way, a significant part of the U.S. housing mania in the early 2000s can be seen as a reflection of supply and demand rather than a spontaneous outburst of euphoria or a reflection of loose lending conditions. Indeed, the researchers found they could predict the size of the boom-bust-rebound cycle in various U.S. cities with a model that looked at a few fundamental factors such as housing supply, local incomes and amenities.

The researchers tip their collective hats to the work of the late Charles Kindleberger, a famed professor of economics at the Massachusetts Institute of Technology, who wrote Manias, Panics and Crashes, a classic work on financial crises.

Prof. Kindleberger contended that manias typically begin with a real improvement in fundamentals. This change excites investors, who then grow overoptimistic and bid prices up unreasonably high, leading to an eventual crash.

The challenge for investors (and for policy makers) is to separate the genuine improvement in fundamentals from the speculative fever – the rational exuberance from the irrational, so to speak.

“Of course, hindsight is 20-20,” the researchers write. Separating overoptimism and fundamental factors, and saying how much of each is responsible for any given rise in housing prices, is nearly impossible when rapid changes are occurring. But they suggest policy makers “should heed Kindleberger’s dictum that essentially all manias are to some degree grounded in fundamentals.”

Canadians may want to ponder this notion. The Canadian cities that have enjoyed the biggest gains, such as Toronto and Vancouver, share many features with U.S. superstar metropolises – they are centres for financial and technology jobs, with a limited supply of housing.

Rather than dismissing house prices in these cities as speculative bubbles, it may help to see them through the Kindleberger lens as grounded in fundamentals, with perhaps a dash of overoptimism added in. To be sure, a short-term correction is possible, but, if the U.S. experience is any guide, it will require a change in fundamentals – such as a large increase in housing units – to bring prices in these centres back to earth over the long haul. 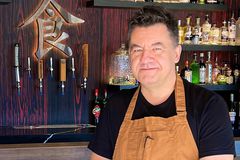 Gordon Pape: When it comes to mutual fund sales, your bank is not your buddy
Subscriber content
September 13, 2021 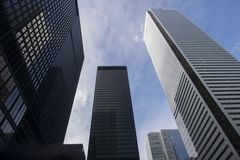