These days, many investors are building portfolios of dividend stocks in hopes of becoming financially independent well before age 65. Susan Brunner has been there, done that. She began investing during the 1970s and ended up with a dividend portfolio that enabled her to leave the work force in 1999, when she was in her early 50s.

The Globe and Mail recently interviewed Ms. Brunner, now in her early 70s, about her 40 years of investing and 20 years of retirement.

Can you give us a little history of your investing before retirement?

I read up on investing and started buying stocks, beginning with Bell Canada in 1982. What resonated were stocks with growing dividends. I looked to buy when they were undervalued and hold them long term to create a rising stream of income that could keep up with inflation.

I saved a lot and kept buying these stocks. My portfolio’s return, including dividends and capital gains, was very good from 1982 to 2000, thanks to the help of the bull market that unfolded over most of this period. It seems lengthy bull runs tend to happen after big market crashes like the ones in 1981 and 2008.

Much of the return came from my overweighting of Canadian financials and utilities. Companies in these industries are large and have substantial market power. They also have supportive regulatory frameworks that help keep finances strong.

During this time, I got married but ended up a single mom. Another big event was getting laid off from my business-analyst position in 1999. I was going to search for another job but then I looked at my dividend income on an after-tax basis. Most Canadian dividends are taxed lightly, so a dollar in dividends goes a lot further than a dollar from other sources.

That led to my decision to retire. Saving and dividend stocks took some of the stress out of my life. They gave me options that came in handy at key points.

Is there anything you’d do differently during your accumulation phase?

At the start, my withdrawals were not fully covered by dividends. But they are now because my dividend income has grown every year and climbed above withdrawals. Switching to some higher yielding shares in solid companies also helped.

Because I have simple pleasures, my withdrawal rate has come down – so that has helped too. It now sits close to 3 per cent a year, compared with the yield on my portfolio of 3.4 per cent a year. Along with ongoing capital gains on my portfolio, my required RRIF withdrawals usually leave money left over to be reinvested in [tax-free savings accounts] and unregistered accounts.

I’ve been through many bear markets. They are easier on the nerves when one can focus on a steady and growing stream of dividend income. Even in the worst year for my portfolio, just after the 2008 market crash, the growth rate was over 5 per cent. I also maintain a large cash balance so that I am not forced to sell stocks during bear markets to pay for expenses.

How do you identify undervalued dividend stocks?

The filter I like most is the current yield. If it is high relative to the historical yield, the stock has been marked down in price and may be worth buying. I also like comparing price-to-sales and price-to-book ratios to their respective 10-year medians.

Many well-managed Canadian companies do business globally. I like to let them provide my foreign diversification. Besides, when companies have wide moats around them, like Canadian banks and utilities, foreign and other kinds of diversification would seem to be less imperative.

What are some stocks you own?

Great! One reason I wanted to retire early was to pursue my love of reading. I do that most mornings after breakfast. Currently, I am reading The Six-Day War, The Breaking of the Middle East by Guy Laron. I post book reviews on a blog. In the afternoons, I enjoy researching stocks and blogging about them.

I do Tae Bo and walk an hour a day. I used to talk with two lady friends over lunch but both have died, unfortunately. So, I have joined several investment clubs. Other clubs I belong to are the UK Connexion, Toronto Field Naturalist and East York Probus clubs.

How this engineer saved and invested his way to financial independence by 39
Subscriber content
December 25, 2018 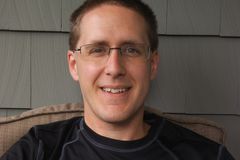 How this former economics professor is using REITs and dividend stocks to beat the market
Subscriber content
October 23, 2018 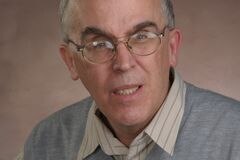