Stock markets have a knack for detecting recessions before they begin.

Historically, the months leading up to an economic downturn have proven to be among the worst times to hold equities.

But turn cautious too early and you risk missing out on what are typically some of the best days of a bull market – the last leg skyward before the approach of recession establishes a peak in equities.

That makes timing the market largely an exercise in estimating how much time separates us from the next recession.

“Unless you think a recession is around the corner, you should overweight stocks. It’s as simple as that,” Peter Berezin, chief global strategist at Montreal-based BCA Research, wrote in a recent report. That, he said, is “the most useful lesson I have learned over the past 25 years studying macro and markets.” 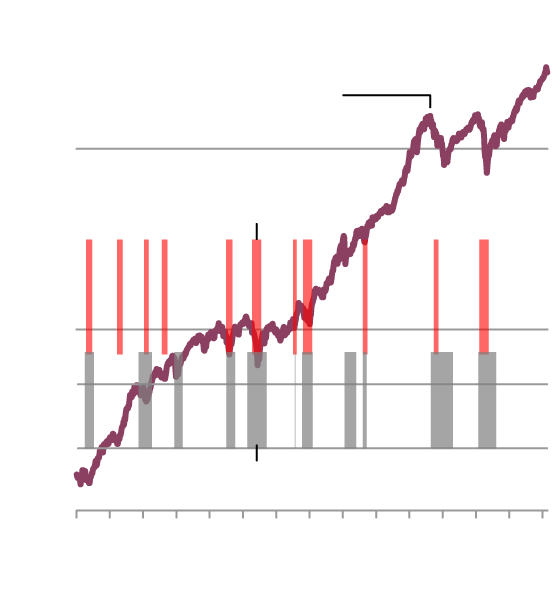 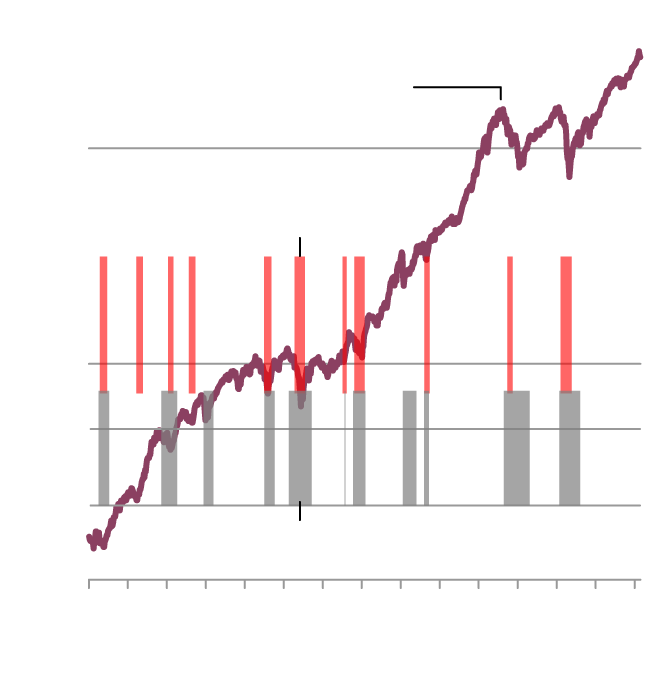 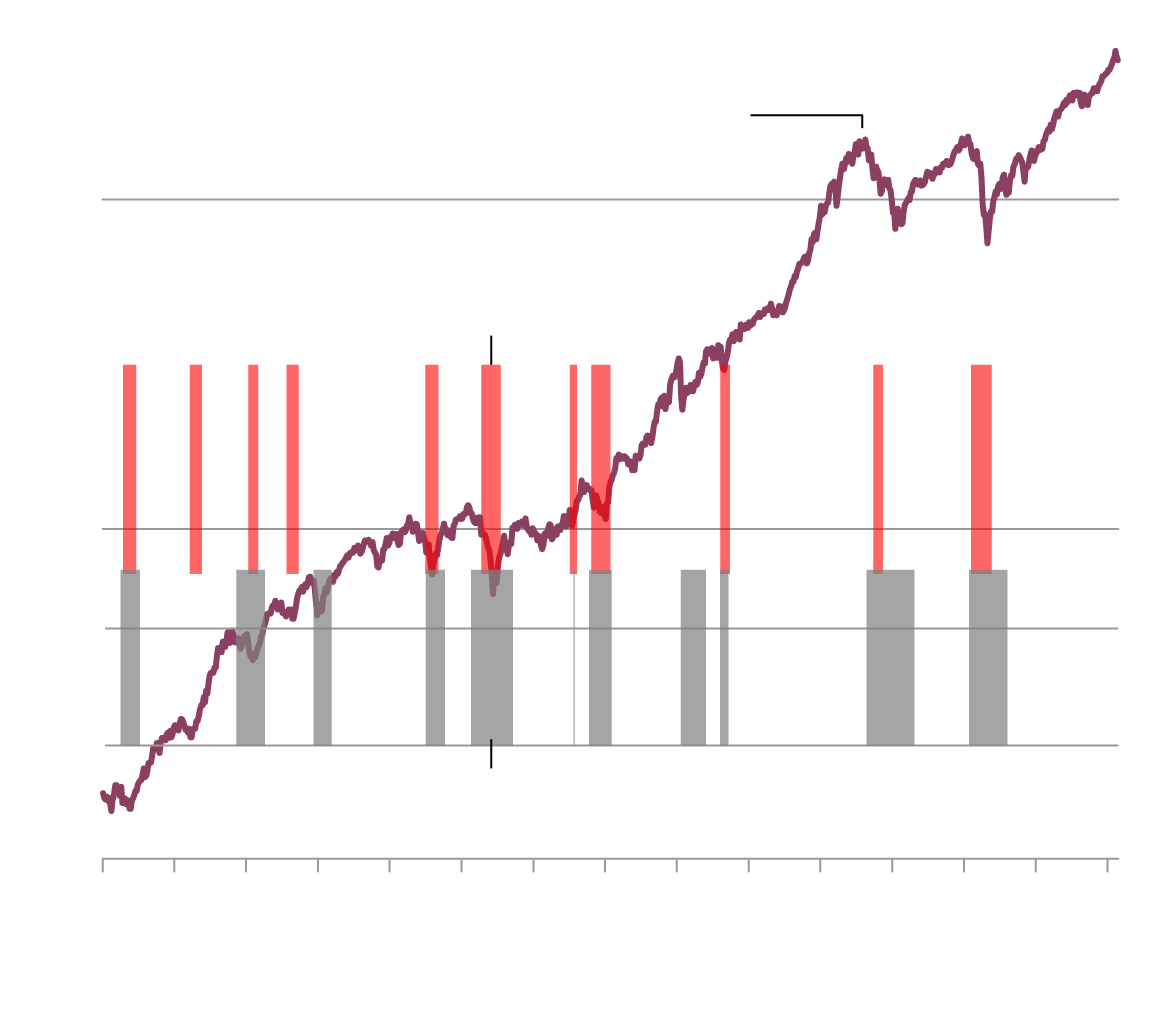 The balance of economic indicators suggests that the dark side of the business cycle is still far enough in the distance to justify a healthy exposure to stocks, Mr. Berezin said.

“Equities typically do well in the second-to-last year of business-cycle expansions,” he said. “We are probably in that window now.”

The relationship between the real economy and the stock market is not always so well-defined. Canadian investors can attest to that, having just experienced a year boasting of the best economy among the Group of Seven countries, combined with one of the worst-performing national indexes in the developed world.

But nothing puts stocks in sync with the economy quite like a recession.

“The stock market is not a fan of recessions,” said Craig Basinger, chief investment officer at Richardson GMP.

“Lower economic activity, credit risk, multiple compressions – the list of recession symptoms is long, and the vast majority are not good for equities.”

There have been 11 U.S. recessions since the late 1940s, almost all of them closely coinciding with bear markets in U.S. stocks.

But the bulk of the pain for investors, at least, is inflicted in advance. The six months prior to those recessions produced an average annualized loss of 7.8 per cent in the S&P 500, according to BCA data.

The same pattern is apparent in Canadian stock history, with a couple of caveats. With so much commodity-cycle influence and with the Canadian market being more volatile in general than the United States, “the TSX is a bit of a basket case,” Mr. Basinger said.

The S&P/TSX Composite Index sunk into a bear market absent a recession in 2011-12, for example. But Canadian returns also tend to turn negative in the 12 months prior to a recession, while the year before that historically produces lucrative equity returns.

It’s been nearly a decade since the previous recession, which is enough time to get people wondering whether we’re overdue for the next one.

At the same time as global growth is slowing down, the threat of inflation has re-emerged from a long hibernation. Add to that cocktail the threat of a global trade war and the world economy suddenly appears on less stable footing.

But the recent decline in a number of leading economic indicators is likely to be temporary, Mr. Berezin writes. “Another recession is not around the corner.” Interest rates may be rising, but are still highly accommodative, while fiscal policy is still stimulative, particularly in the United States.

It will likely not be until 2020 that rising interest rates will bring about the next recession, Mr. Berezin said.

The consensus seems to be that the immediate recession risk is low. According to the latest Merrill Lynch global fund managers’ survey, which canvasses the views of about 200 institutional-, mutual- and hedge-fund managers, just 13 per cent of respondents believe a recession is likely within the next year.

For the Canadian economy specifically, “the risk of recession remains effectively zero,” HSBC Global Asset Management said in a report.

Acknowledging the fallibility of any single economic indicator, Richardson GMP combines 30 such metrics to help gauge economic momentum. When 10 or fewer of them are bullish, it’s considered a recession risk, the report said. Currently, 21 of the 30 indicators are in bullish territory.

“If there’s market weakness and there isn’t a recession coming, it’s usually a buying opportunity.”