It is fascinating to have seen the stock market’s reaction to the more dovish tone from the U.S. Federal Reserve of late – an initial relief trade until the realization set in as to why the central bank is backing away from its prior aggressive posture.

The futures market has gone from pricing in 26-per-cent odds that the Fed would hike three more times in 2019 a month ago to just 7 per cent currently. The odds of two rate increases next year (after the hike expected on Dec. 19, which the Fed has boxed itself into) have similarly dwindled to 41 per cent from 70 per cent.

‎I keep hearing that we should ignore the yield curve inversion – where longer-dated Treasury yields falls below shorter-term yields – because it merely reflects a fund-flow shift from bond investors abroad out of the low-yield regions to the high-yield U.S. Treasury market.

What a crock of you-know-what.

The downdraft in European yields of between 30 and 40 basis points of late has matched what’s happened in the United States, so this flight to safety has hardly been an isolated event. It is global.

Plus, nobody ever mentions the foreign-exchange hedging costs for a typical European buyer of U.S. debt securities. It is perilous to bet against a leading indicator that has worked with near precision over the past seven decades.

We are 10 years into the second-longest expansion on record. It is soon to rival the 1990s cycle, which at least was one built off the productivity and wealth effects of the internet mania, whose economic benefits were real.

That one is in stark contrast to this cycle, which was built on a house of straw from relentless central bank liquidity infusions. What exactly are the productivity benefits from the likes of Amazon, Apple, Netflix and Google, except that we never have to get off our rear-ends to do anything? Let’s just call it the “Stationary Economy.”

But even then, the tech revolution of the 1990s gave way to financial excess, exuberant asset inflation and a supertight labour market that pushed the Fed into action.

As the yield curve inverted, the great minds on Wall Street debated its veracity, claiming that the business cycle would be extended from the increasingly elastic global aggregate supply curve. The classic hubris at the peak of the cycle was then followed, in 2006-07, by a boast by former Fed chair Ben Bernanke that the central bank had managed to beat the business cycle because of the democratization of the credit markets.

If history has taught us anything, it is that cycles, up or down, do not last indefinitely – they all die at the hands of the Fed, and this one is no different. Not to mention, at 10 years, this current one is very old and the laws of longevity are taking over. This thing doesn’t last to 2020 or beyond, in my opinion, and the markets have been signalling all year long that we are making the transition out of this elongated expansion.

Sounds dire, but this is part of life and, before long, we will be discussing the rebirth of a new cycle as today’s Pollyannas hide under the table screaming “uncle” just as they did at the market bottom in March, 2009 – contrarianism runs in both directions. And it’s only dire for those unsuspecting souls who aren’t prepared for what can only be described as inevitable.

Maybe at some point we will have robots manage the economy and policy, and the cycle will be forever beaten, but because we humans are flawed and prone to excess, this one is about to suffer the same fate as its predecessors. Don’t be that person still playing by the old rules of anticipating a perpetual economic expansion alongside a buy-the-dip mentality.

It’s time for understanding what history teaches us, which means de-risking, heeding the wisdom of sages from the past such as the first Baron Rothschild, who said he got wealthy by playing the middle 60 per cent of the cycle instead of trying to time the lows and highs. As such, effective risk-management right here and right now requires the discipline of preserving capital, bolstering the quality of the investment portfolio and turning off the television set.

Why investors are suddenly so fearful again about bond yields Subscriber content
December 5, 2018 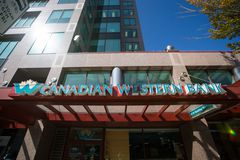 Seeking shelter from the market turmoil? Here are some ideas for Canadian investors Subscriber content
December 4, 2018 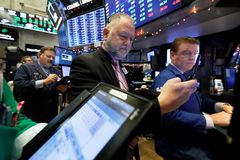