Investors with long memories may be feeling a chill these days.

Forty years ago, following a rough decade for stocks, Businessweek magazine published a cover proclaiming “The Death of Equities.”

The cover line was spectacularly mistimed. After the issue appeared in August, 1979, stocks began to climb – and, with a couple of bumps, went on climbing for years.

The cover became Exhibit A for contrarian investors. It demonstrated how popular sentiment and mass media tend to get key turning points in the economy exactly wrong.

Now, the latest iteration of the same magazine has generated buzz with a similarly bold cover line. “Is Inflation Dead?”, this past week’s Bloomberg Businessweek asks. The article’s conclusion: Yes, probably. Capitalism killed it. With globalization, automation and de-unionization.

This is an entirely reasonable position. It does, however, stir memories of that similar cover from 40 years ago. Could inflation, as with the 1970s stock market, just be biding its time?

To be sure, the odds appear stacked against it. In Japan, inflation has barely ticked above zero for more than two decades. In Canada and the United States, price increases have also been well contained, although at higher levels, for many years. Ever since the financial crisis, policy-makers in both countries have been more concerned about persistently weak inflation than its opposite number.

The biggest worry now is whether this long patch of price stability has created its own hazards. Many investors, consumers and corporations have come to regard low inflation as a given. Any sign of even a mild resurgence would rattle bond and stock markets, because it could prompt central banks to hike interest rates to bring inflation to heel.

Last year’s brutal decline on Wall Street showed even tiny shifts in expectations can have big effects. During the fall of 2018, the U.S. Federal Reserve indicated it intended to raise interest rates at a gradual pace to help tamp down early signs of inflationary pressure. The S&P 500 plummeted as it confronted the risk of higher rates as well as growing trade tensions. It was only after the central bank did an about-face on its rate-hike plans in early January that a massive market rally began.

Few people now see rate hikes as likely any time soon, because any inflationary pressure that did exist appears to be dissipating. The U.S. central bank’s preferred inflation gauge is showing just such a retreat. Similarly, Bank of Canada Governor Stephen Poloz acknowledged this week that if the recent slowdown in the Canadian economy persists, inflation in this country could fall below target.

However, inflation may not be quite as dead as it appears. On Friday, the United States reported first-quarter growth had hit a surprisingly strong annualized pace of 3.2 per cent. While most economists expect the surge to be short-lived, a patch of rapid growth – and renewed inflationary pressure – can’t be ruled out.

There is also the possibility some old relationships may reassert themselves now that unemployment in the United States and Canada has fallen to multidecade lows.

Some economists think the relationship is due for a revival. Christopher Collins and Joseph Gagnon of the Peterson Institute for International Economics published a paper this month suggesting the Phillips curve has a kink in it.

They argue the curve may be flat when inflation is low, but steepens quickly. Once unemployment falls to extremely low levels – as it has now – inflation could once again pick up.

“If low inflation bends the Phillips curve as we expect, inflation is likely to rise a bit more than forecasters currently expect,” they wrote.

If nothing else, the debate about the shape of an abstract curve offers a demonstration of how little we know for certain about the forces behind inflation. Many analysts, for instance, think an aging population leads to lower inflation, perhaps because older people are vigorous savers and, therefore, support policies that maintain the buying power of their money. Japan offers a case in point: The rapid aging of its population has occurred at the same time as its fall in inflation.

In contrast, researchers at the Bank for International Settlements argue the opposite. In a paper last year, Mikael Juselius and Elod Takats examined the proportion of dependants in various countries from 1870 to 2016, and detected a strong link to inflation. They found that prices tend to rise in countries with increasing numbers of dependants, whether kids or old people, whereas a bigger share of working-age population is disinflationary.

“Our estimates indicate that inflationary pressures are likely to rise in future due to the increasing share of older population cohorts," the researchers wrote.

Yet another force that might help lift inflation is the growing possibility that central banks would be fine with such a move, as long as it’s kept within limits.

Following the financial crisis, a few prominent economists suggested inflation targets should be lifted from their current levels – around 2 per cent in the United States and Canada – to ensure policy-makers have more room to respond to any future emergency by cutting interest rates.

Larry Summers, the former U.S. Treasury secretary, is among those who worry that striving too hard to keep inflation bottled up could ultimately lead to bigger problems than letting it climb a bit above today’s comfort levels.

“I have never seen a calculation of the costs of running, say, 3-[per-cent] rather than 2-per-cent inflation that are terribly large,” he told a conference at the Brookings Institution last year.

If his viewpoint becomes more widespread, inflation may be due for a comeback. Which, at the very least, would make for a great magazine cover.

U.S. economy grows 3.2 per cent in first quarter, but contributing factors believed to be temporary
April 26, 2019 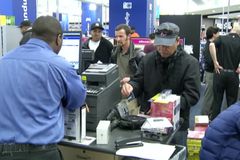 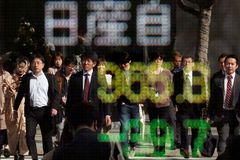 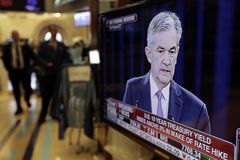