From magazine covers to op-ed pieces by Ivy League professors, warnings about the rising threat of inflation are everywhere.

A common prediction is that prices will surge as economies reopen over the next few months. Some forecasters go further and argue that inflation is poised to rip higher for years to come – ambushing investors, challenging central banks and trashing the notion of lower-for-longer interest rates.

So what should investors do in the face of this imminent peril? Despite what you may think, the most appropriate response, at least for now, is probably nothing.

Inflation makes for a great horror story, but it is extraordinarily difficult to predict. Investors discovered this after the financial crisis of 2008, when many people expected inflationary pressures to blast out of control because of the enormous amount of reserves created by central banks. Instead, inflation slipped even lower.

As things now stand, basing your investing strategy on a new outburst of inflation is a bit like shaping your world view around the possibility that the various members of the old Soviet Union could get back together and launch a new Cold War.

Sure, it’s possible. But neither inflation nor the Red Army have been a serious concern for policy-makers since the early 1990s. For either to mount a renewed threat, the world would have to change in major ways.

Inflation began its long decline in Canada and the United States in the early 1980s. It lurched further downward around 1991 and has crawled along at a low level since the turn of the century. Following the financial crisis, policy-makers have been less concerned about tamping down inflation than about understanding why it so often falls short of targets.

Until recently, that is. What have helped to make inflation the subject of so many warnings, as well as a cover story in The Economist magazine, are the unusual circumstances created by the pandemic.

Inflation alarmists point to the vast amount of money that has accumulated in household and corporate bank accounts. Government support programs have poured out money at the same time as lockdowns have closed down places to spend it.

Combine the enormous reservoir of spending power with ultra-low interest rates and it is easy to envisage a wave of spending when lockdowns ease. If so, inflation could once again bloom as demand overwhelms the economy’s capacity to produce goods and services.

This is the case put forward by Jeremy Siegel, a professor at the Wharton School at the University of Pennsylvania and author of the investing classic, Stocks for the Long Run.

In articles and interviews, he has pointed to the stunning rise in M2, a broad measure of money supply. Since the start of the pandemic, M2 in the U.S. has jumped by more than 25 per cent, to around US$19.5-trillion.

All that money will inevitably push prices higher as the lockdowns ease, raising interest rates and hurting bondholders, Mr. Siegel argues. Not that he is predicting hyperinflation or even high-single-digit inflation, mind you. But he does see inflation running significantly higher than the Federal Reserve’s 2-per-cent target for a few years to come.

Some forecasters see even greater reason for concern. Charles Goodhart and Manoj Pradhan, a pair of respected U.K.-based economists, argue in their new book, The Great Demographic Reversal, that inflation will stage a major comeback over the next decade thanks in large part to an aging global population.

They reason that this aging trend will be accompanied by a power shift in the economy.

As the proportion of older retirees rises worldwide, people of working age will make up a smaller portion of the overall population. Workers’ growing scarcity will give them new bargaining clout and allow them, at long last, to win higher wages. This will fuel a long-lasting wave of inflation, according to Mr. Goodhart and Mr. Pradhan.

Could they be right? Could Mr. Siegel? Maybe. But before scurrying for cover from an oncoming inflationary onslaught, investors should consider all the things we don’t know.

Begin with that supposed link between M2 and inflation. In theory, it is there. In practice, however, it is difficult to spot much of a connection in recent decades.

If there were a predictable, mechanical link between rising M2 and rising inflation, investors would now be demanding extra protection from higher inflation to come and bond yields would be soaring to levels not seen in years.

There is no sign of any such panic. Bond yields have bounced higher in recent weeks on growing optimism about vaccines, but they are still low by historical standards.

Longer-term market indicators such as break-even rates, which gauge the gap in yields between inflation-protected bonds and their conventional counterparts, show investors are now braced for inflation of just over 2 per cent a year during the decade ahead – in other words, pretty much right in line with central bank targets.

Most economists agree with the bond market and think any flash of above-target inflation over the coming year will amount to a brief flicker. There were no signs of runaway inflation when unemployment rates were at half-century lows a year ago; it is difficult to see how inflation can stage a sustained comeback when jobless rates are still as elevated as they are now.

“Inflation will pick up around the world in the months ahead, but this will be driven by temporary factors and should not be mistaken for a persistent demand-driven increase,” Jennifer McKeown, head of global economics at Capital Economics in London, wrote in a note.

The Bank of Canada, too, sees little reason to worry on the inflation front. In its last policy statement, the central bank cautioned that lots of slack still remains in the economy and that a complete recovery will take time, despite all that pent-up money in bank accounts. While inflation may blip higher in coming months, the bank doesn’t see inflation returning sustainably to its 2-per-cent target until 2023.

Could demographics eventually boost inflation over the longer haul, as Mr. Goodhart and Mr. Pradhan fear?

It’s possible, but many economists, from Harvard’s Lawrence Summers to the European Central Bank’s Elena Bobeica, think not. They argue that as a country’s population ages, consumption and growth tend to decline, dragging down both inflation and interest rates. It’s noteworthy that Japan, with one of the world’s oldest populations, has also been the one most afflicted with deflation – that is, falling, not rising, prices.

The biggest problem of all from an investor’s perspective may be that there are few obvious places to hide even if you are convinced that inflation is ready to roar again. As in the inflationary 1970s, stocks would probably suffer just as much as bonds. Gold is no bargain at its current level, either, unless you are truly convinced that monetary authorities are going to lose control.

For now, investors may want to stand pat. Until hard evidence of persistent pricing pressures emerges, there is a lot to be said for emulating what inflation has done for the past few decades, and going for an extended nap. 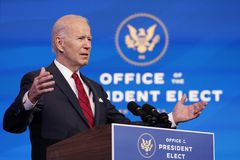 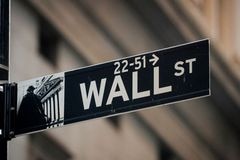 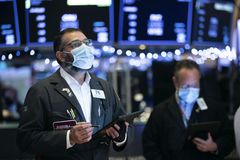