Street forecasts for credit markets paint a positive outlook for the loonie in 2019. But, in light of a recent series of weak domestic economic reports, investors may want to curb their expectations for the currency.

The Canadian dollar’s high sensitivity to relative yields – the government of Canada two-year bond yield minus the two-year U.S. Treasury yield – is illustrated in the first chart (at bottom of article). The oil price still matters in determining the loonie’s value (we’ll get to that) but over the past five years, correlation analysis indicates that yields have had a larger impact. Higher domestic bond yields relative to U.S. yields have served to support the Canadian dollar’s value.

Tuesday, the domestic bond yield was trading at 1.86 per cent and the Treasury yield was 2.57 per cent, leaving a spread of minus 71 basis points (one basis point is a hundredth of a percentage point). The dollar is trading at approximately 75.5 US cents.

The consensus economist forecast points to a yield of 2.39 per cent for the Canadian two-year bond and 2.93 per cent for the U.S. two-year yield at the end of 2019. This means the yield spread is expected to narrow to minus 54 basis points. On the chart, the spread narrowing would be represented by a rising purple line and, based on previous performance patterns, it would push the domestic currency significantly higher.

Bank of Canada rate hikes and economic growth are the two factors expected to drive bond yields higher from current levels to 2.39 per cent. Right now, the market is pricing in two rate hikes by the Bank of Canada this year and gross domestic product growth of 1.9 per cent.

All of this would be fine as far as forecasts go if recent indications didn’t show that the Canadian economy shrank in November. Disappointing results for month-over-month November domestic retail sales – which was estimated to drop 0.6 per cent but fell short of even that number, declining 0.9 per cent – and also wholesale trade and manufacturing sales, have economists predicting a 0.1-per-cent contraction when GDP data are released Thursday.

November is only one month and the growth trend could improve. Nonetheless, the economy is clearly slowing and that makes higher bond yields far less likely. The Bank of Canada is unlikely to raise interest rates when faced with a shrinking economy and the 1.9-per-cent GDP growth estimate for 2019 is also at risk.

The threat to 2019 GDP growth was apparent in a Merrill Lynch report this week citing economic growth risks for its downgrade of Bank of Montreal from “neutral” to “underperform.” In a Jan. 28 report, analyst Ebrahim Poonawala wrote “we believe that investors may be underestimating [BMO’s] revenue risk from slowing GDP growth” because of its exposure to commercial lending.

Oil prices are the one factor that could justify the current bullish outlook for the domestic currency. Our second chart (below) shows that crude prices, both Western Canada Select and West Texas Intermediate, have had influence on the loonie, even if the correlation is less strong than between spreads and the dollar. Higher oil prices have consistently been accompanied by a strengthening currency.

BMO chief economist Doug Porter acknowledges that the growth and monetary policy outlook does not support strength in the Canadian dollar. But, in an interview, he adds, “one thing that could circle the square of the forecasts … would be a rebound in oil prices (and/or a generally weaker USD) … it would both strengthen the case for Bank of Canada hikes as well as supporting the narrowing in two-year spreads. But, more broadly … given the pronounced softness in domestic demand recently, even two rate hikes by the BOC this year is looking increasingly like a long shot.” 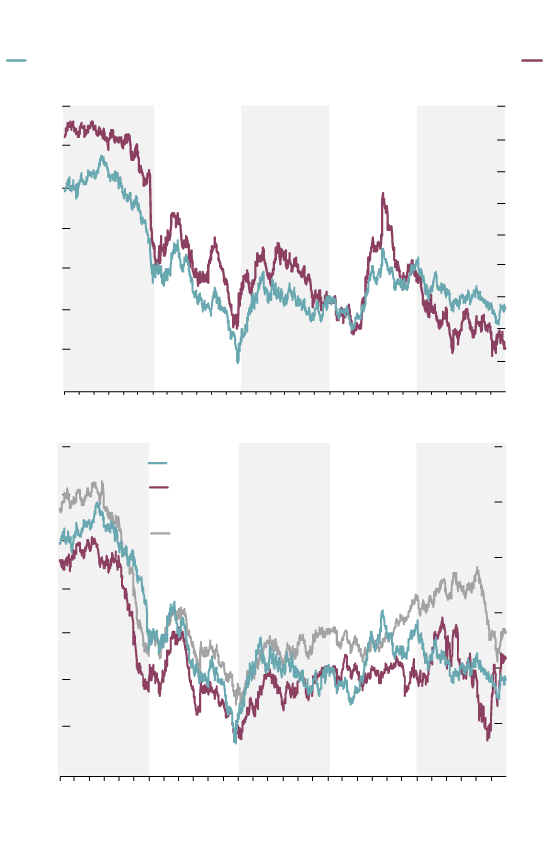 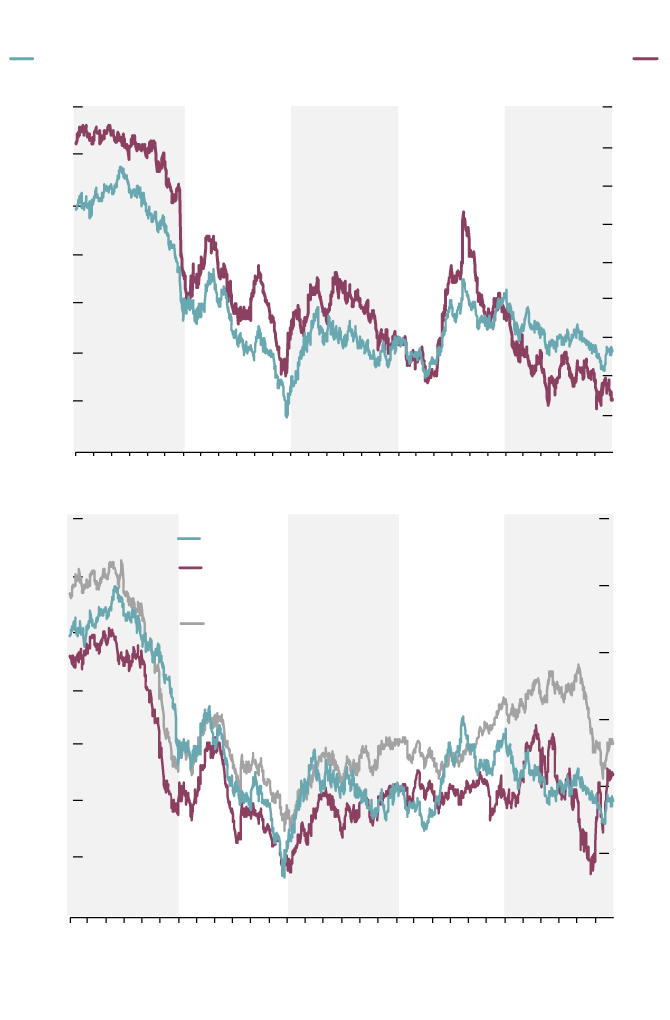 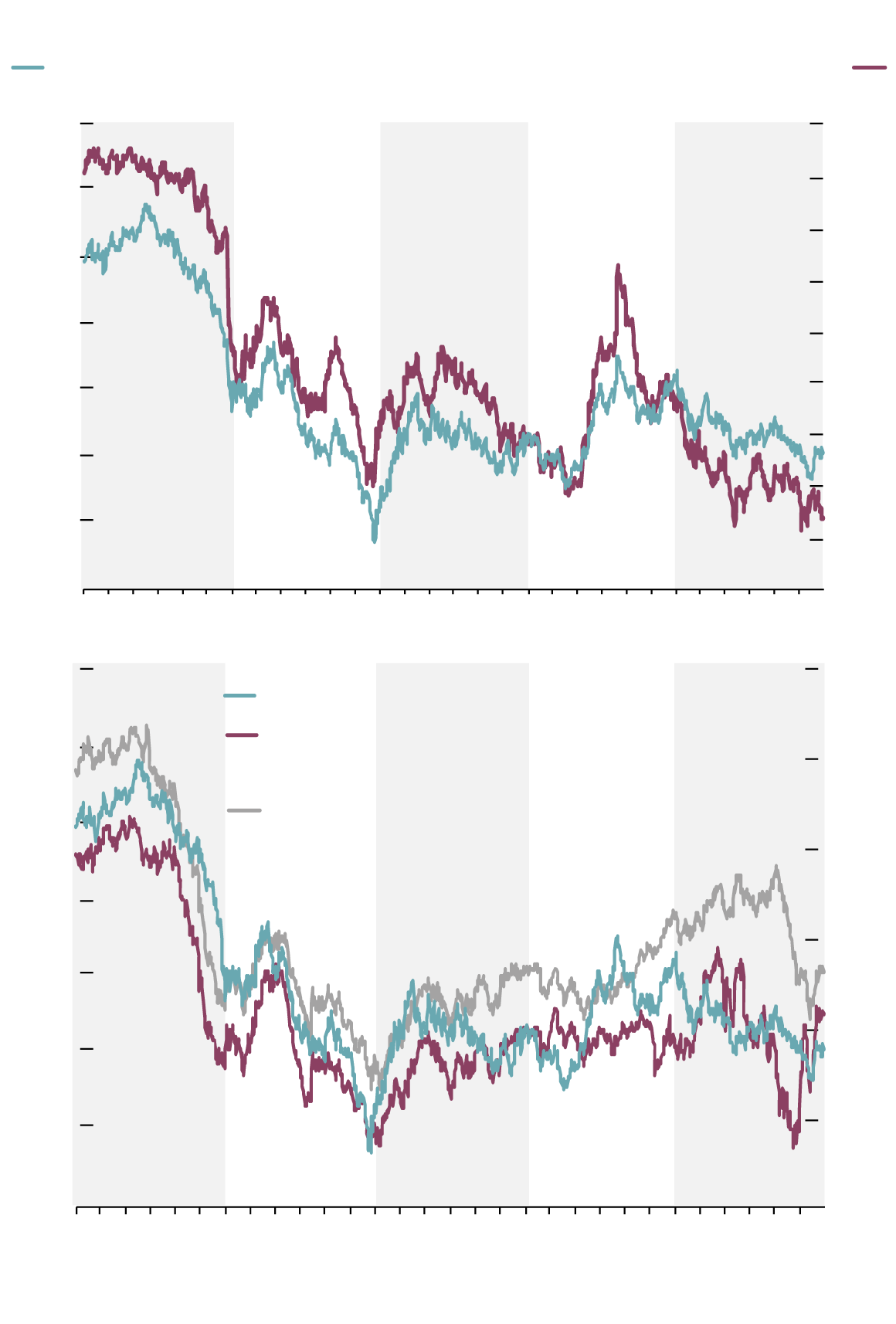