Canadian investors are increasingly embracing the comforts of cash as a bulwark against future market shocks.

Flows to cash-equivalent securities have spiked since last fall’s global market correction, with assets in Canadian money-market funds reaching $31.6-billion as of the end of September, according to data provided by Lipper.

Meanwhile, cash-like ETFs, which invest in high-interest savings accounts, have been among the country’s bestsellers in recent months.

For leery investors, cash offers some protection from a major sell-off, while also providing dry powder that can be deployed when markets stabilize.

“The only investor who’s happy when the market falls is the person who has cash to spend to take advantage of the opportunity,” said Lorne Steinberg, president of Montreal-based Lorne Steinberg Wealth Management.

But there is an inherent downside to holding substantial amounts of cash, which act as a drag on returns when the stock market is on the rise.

Many investors have been willing to make that trade-off this year.

Last December, a global growth scare sparked a stock-market sell-off that saw the S&P/TSX Composite Index fall by 17 per cent from peak to trough.

That episode cued a broad rotation from equities to defensive asset classes, such as government bonds and cash.

“People are so nervous they’ll buy government paper or money market funds with negative yields,” Mr. Steinberg said. While yields in North America have not followed the European market into negative territory, they remain historically depressed.

Since the end of 2017, assets under management in Canadian money-market funds have risen by 44 per cent, with that money typically earning considerably less than the rate of inflation.

Investors have recently been flocking to an alternative to money-market funds in high-interest savings ETFs, which yield around 2 per cent net of fees.

The CI First Asset High Interest Savings ETF drew net inflows of $410-million in October, putting it atop the Canadian ETF leader-board for the month, according to National Bank Financial.

“We see the demand [for high-interest savings ETFs] as an outgrowth of the sparse opportunities within the wider bond market,” said Daniel Straus, head of ETF research and strategy at NBF.

Apprehension over stock valuations has led other investors to trim back equity exposure and build up cash reserves.

“Investors should think about cash as a pressure valve to balance off equities when they have risen too far and/or too fast,” said Brett Girard, a portfolio manager at Liberty International Investment Management.

The Steinberg Global Value Equity fund currently has a cash weighting of about 30 per cent, Mr. Steinberg said, and that could very well go up if equity multiples keep rising. “It’s getting tougher to find cheap assets anywhere,” he said.

And yet, increasing volumes of cash on the sidelines can point to a healthy amount of skepticism preventing the stock market from getting overheated. Total assets in U.S. money-market accounts recently hit the highest level in a decade at US$3.4-trillion, according to Lipper.

“We see that as a positive support mechanism,” said Rob Duncan, a portfolio manager at Forstrong Global Asset Management. “If we do not fall into a recession, that money in cash has to be put back to work to generate returns for clients.”

However, the problem with raising cash reserves for retail investors in particular, is that they have not generally proven to be great market timers in the past.

Following historical corrections, investors have shown a tendency to cling to excess cash weightings well after the market bottomed out, causing them to miss out on the early ascendant gains of a market recovery.

“By adding cash into their holdings, passive investors are increasing the chances they will underperform the market,” Mr. Girard said.

What to make of negative bond yields, how to earn $52,000 tax free, and Rosenberg’s dark outlook for markets and society
August 12, 2019 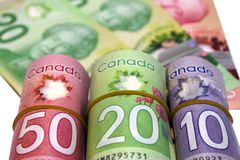 This is the place to stash your investing cash Subscriber content
June 26, 2019