A market indicator that several top strategists use to predict periods of turbulence in stocks is signalling that investors better brace themselves for a prolonged period of volatility.

And we’re not talking about just the next few weeks here – more like at least 18 months.

Market volatility, as measured by the CBOE Volatility Index, surged at the start of this month, nearly doubling from the summer vacation months that saw relatively tight trading ranges in equity markets. The VIX is a gauge of short-term equity market volatility using option prices.

Don’t panic, but be prepared. An investors' survival guide for the unstable, uncertain and volatile months ahead

Most predict more wild swings in markets in coming weeks as the U.S. presidential election draws near, and with it, the possibility of a delayed vote count due to a large number of mail-in ballots. Risks are also rising of more economic slowdowns if the anticipated second wave of the coronavirus materializes.

The buildup of options positions in the big U.S. tech stocks could also contribute to further gyrations in markets.

A close inspection of credit markets suggests increased bouts of volatility could be here for some time.

To predict where the VIX will head in the future, a number of prominent market pundits, including Savita Subramanian, quantitative strategist at B of A Securities, and Citi U.S. equity strategist Tobias Levkovich rely on the steepness of the U.S. yield curve – specifically, the difference between the 10-year bond yield and the two-year bond yield.

The accompanying chart depicts the close relationship between bond markets and the stock market volatility. The blue line represents the yield curve; note that the data are plotted inversely to better show the trend. 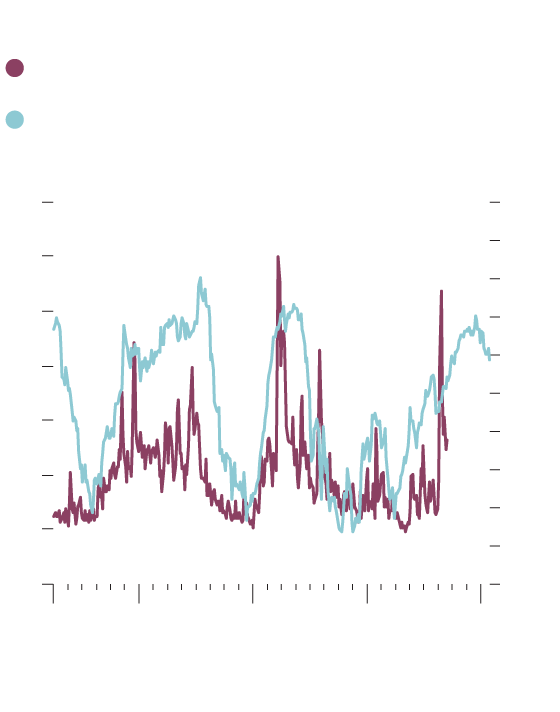 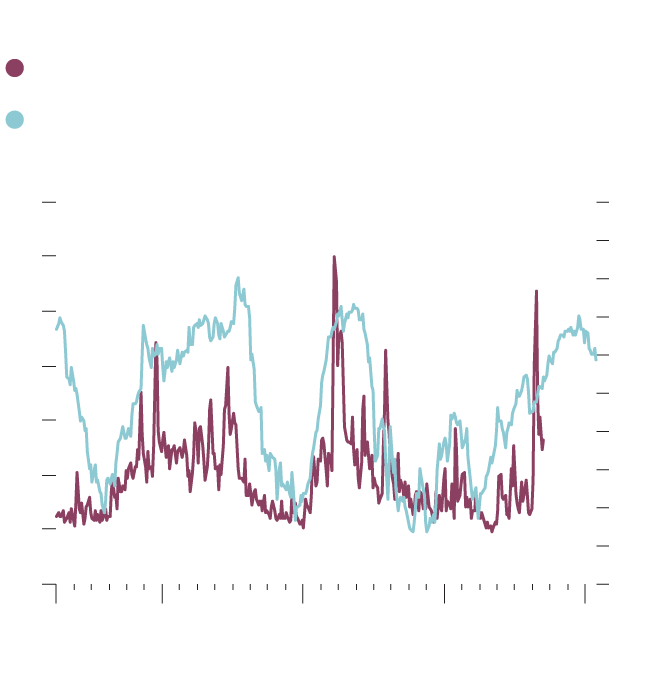 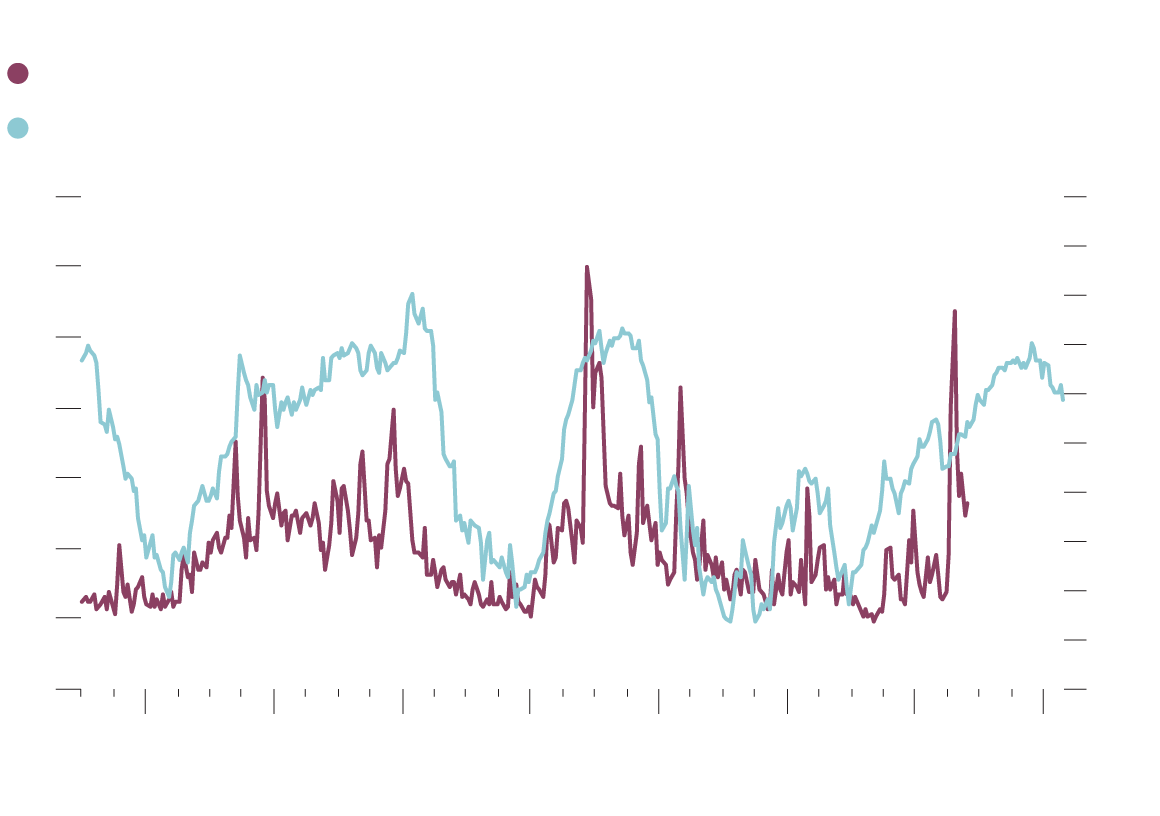 The purple line represents the volatility index, pushed forward 36 months. For example, the first data point in the series is plotted at January, 1990, but it’s actually the reading for January, 1993.

The premise is that the shape of the yield curve affects the VIX and market volatility with a three-year lag. It suggests that the VIX will remain elevated for at least the next 18 to 24 months (the purple line will, based on past trends, track the blue line higher).

There are two reasons to put some faith in this chart’s predictive powers. The first reason is that the steepness of the yield curve reflects economic optimism (or pessimism). It’s entirely possible that the usual period between a flat yield curve (low economic optimism) and market volatility is three years.

The second reason is that the steepness of the yield curve affects credit creation. A steeper curve makes loans more profitable for banks that borrow funds at short term interest rates and lend them at longer term rates. A flattening yield curve (a rising blue line on the chart) could indicate weakening credit creation that eventually results in equity market volatility in 36 months, helping create the correlation on the chart.

I posted the chart in the finance section of social media and negative reactions rolled in. A few accused the Wall Street originators of “data fitting,” which is fair in that the relationship is inconsistent. (Correlation calculations indicate that the connection between the two series is statistical significant, however.) Others were incredulous, as in: “Oh, really? The yield curve in March 2017 predicted a global pandemic?” Also fair.

I’m not necessarily recommending investors change their portfolio allocations based on the yield curve and the lagged VIX relationship. But it’s fascinating how the yield curve largely predicted the spike in volatility earlier this year, and in years’ past.

The current investment environment features a market rally centred on technology stocks, expensive stock valuations, very loose monetary conditions and rising volatility as measured by the VIX. This combination was last evident in the late 1990s.

That doesn’t mean we’ll be faced with a similar market calamity as the one that began in March, 2000, when the dot-com implosion hit. Investors should, however, prepare their portfolios for higher levels of market volatility in the months ahead, either through reducing holdings in high-flying, high valuation equities or increasing cash levels. 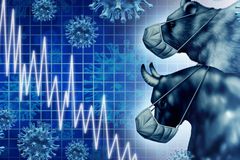