Canada’s stock market continues to drift sideways, frustrating investors who expect that the home team must deliver returns that match or even exceed U.S. stocks. But is this a reasonable expectation?

This question has taken on some urgency this week after Canada agreed to a tentative new trade agreement with the United States and Mexico, only to see its stock market shrug off the upbeat news.

Since Monday, the S&P/TSX Composite Index has zigzagged. It ended the three-day period on Wednesday where it began the week, and is down nearly 1 per cent in 2018.

More importantly, Canadian stocks have lagged U.S. stocks: The S&P 500 has risen 12 points or 0.4 per cent over the past three days, and the Dow Jones Industrial average has surged a record 370 points, or 1.4 per cent, stretching year-to-date gains and underscoring Canada’s dismal underperformance.

Observers are taking note. Douglas Porter, chief economist at BMO Nesbitt Burns, pointed out that the ratio of the Dow to the TSX has risen to a record high of 1.67:1. (The Dow closed at 26,828 on Wednesday, and the TSX at 16,072.)

“That may not sound all that astonishing, but to put it in some perspective, the Dow and the TSX were basically in line with each other as recently as seven years ago,” Mr. Porter said in a note.

David Rosenberg, chief economist and strategist at Gluskin Sheff + Associates, noted this week that Canadian stocks trade at a significant discount to U.S. shares because of recent trade-related anxieties. Closing this valuation gap to where it was at the start of this year would deliver a 14-per-cent rally in Canadian stocks.

This is a persuasive argument: Cheap valuations should attract long-term investors. And Canada’s market is stuffed with world-class banks, insurers, miners, oil producers, pipelines and technology companies that should reward investors over time.

But here’s another thought: The S&P/TSX is so different from U.S. indexes, in terms of its components, that perhaps investors should simply tune out performance comparisons.

Let’s start with FAANG stocks: The S&P 500 has them, the TSX does not.

This year alone, Apple is up 39 per cent, Amazon.com is up 68 per cent and Netflix is up 97 per cent. These are very large companies, which means that their gains have a big influence on indexes.

Within the Dow, Apple has contributed 445 points or 20 per cent of the index’s year-to-date gain.

This difference isn’t a drag for the Canadian index when commodity producers are powering ahead. But gold miners are in a slump. Energy stocks, held back by a deep discount in the price of Canadian oil that has widened from US$26 a barrel in January to more than US$40 today, are trading at 2009 levels.

Yes, Canada has marijuana stocks. But the producers in the S&P/TSX Composite have a combined weighting of only 1.2 per cent, giving them little sway.

Canada also appears to be more sensitive to rising bond yields. Canada has more exposure to utilities and pipelines, which have struggled as U.S. and Canadian government bond yields have risen with central bank rate hikes this year. The yield on the 10-year U.S. Treasury bond rose to a fresh seven-year high of 3.15 per cent on Wednesday, surpassing a previous high in May.

More broadly, the dividend yield for the TSX is 2.9 per cent, well above the 1.8 per cent yield for the S&P 500, which suggests that the TSX could be more vulnerable if bond yields continue to climb.

Should you give up on Canadian stocks? Of course not. But measuring their performance next to U.S. stocks is causing needless frustration. And look on the bright side: Canada is outperforming Spain. 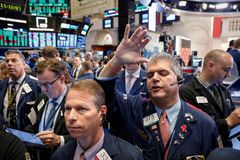 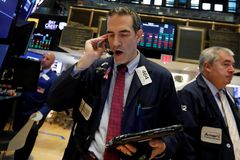 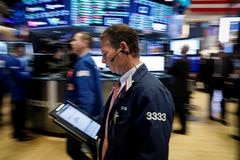