Canadians love their bank stocks. Maybe too much.

Over the past few decades, the country’s biggest lenders have rewarded their shareholders with generous dividends on top of big capital gains. After so many years of sterling performance by bank stocks, multitudes of Canadian investors are now heavily invested in shares of the Big Five, confident that further gains by the financial giants will help finance their retirements.

It may be time to rethink that bank-heavy strategy. Canadian banks aren’t going to go bust, but their future is nearly certainly going to be less bright than their past.

Among the headwinds facing Canadian lenders is the near-record level of debt among Canadian households. That crimps possibilities for further bank lending, especially if the pandemic proves to have a long-lasting effect on economic growth.

In areas such as wealth management, Canadian banks confront growing competition from fintech rivals that promise to deliver state-of-the-art advice at rock-bottom costs. Meanwhile, they must grapple with a domestic market that is already saturated with traditional banking services. Increasingly, Canadian banks are looking beyond Canada for growth, but their foreign ventures have yet to deliver a gusher of profits.

Most worrisome of all is the corrosive effect of lower-for-longer interest rates. Short-term policy rates in Canada and the United States are now hugging zero, while 10-year Government of Canada bonds pay only about 0.63 per cent.

This low-rate situation is likely to persist, not just in Canada but around the world. Jerome Powell, chair of the U.S. Federal Reserve, made it clear in a speech this week that he sees U.S. interest rates staying down for a long, long time to come. Also this week, Isabel Schnabel, a member of the executive board of the European Central Bank, delivered a rousing defence of the ECB’s negative-rate strategy.

Banks find it difficult to prosper when interest rates fall to near zero. Consider Japan, where the yield on the benchmark 10-year bond plunged from more than 8 per cent in 1990 to below 1 per cent in 1998 as the economy slid into a deflationary funk.

The combination of low interest rates and slowing economic growth devastated Japanese banks. Their shares lost half their value on average between 1998 and 2011.

At the time, many people tried to blame the dismal performance on the peculiarities of the Japanese economy. However, subsequent events have demonstrated that other countries’ banks are equally vulnerable in similar circumstances.

In any economy where growth is slowing and interest rates are falling, banks suffer. They have to grapple with slumping demand for new loans. At the same time, they need to set aside more money to offset future loan losses.

Banks also make less profit on every dollar they do succeed in lending out. This is because banks generate much of their earnings by borrowing short and lending long – that is, paying savers relatively little in exchange for short-term deposits, while charging borrowers considerably more for longer-term loans.

European banks have seen how ugly this math can get. The continent’s lenders suffered brutal declines in their share prices after 2014, when the European Central Bank dragged some key interest rates into negative territory in an attempt to spark an economic revival.

The euro zone’s big banks – including BNP Paribas SA in France, Deutsche Bank AG in Germany and Banco Santander SA in Spain – now trade far below their 2014 prices. Over the past five years, the iShares MSCI Europe Financials ETF has lost 5.3 per cent a year.

Investors appear to have concluded that U.S. banks are equally vulnerable. The KBW Nasdaq Bank Index, a yardstick for U.S. bank performance, has tumbled 31 per cent this year.

Warren Buffett, for decades a big investor in bank shares, is slashing his bets on many major U.S. financial institutions. According to regulatory filings in August, he sold billions of dollars worth of shares of JPMorgan Chase & Co. and Wells Fargo & Co. He also dumped the remainder of his Goldman Sachs Group Inc. stock.

John Higgins, chief markets economist at Capital Economics, believes investors should step away from the banking sector. He argued in a note this week that financial stocks in general will continue to lag behind the broader market as rock-bottom interest rates continue to squeeze net interest margins.

“The valuations of many financial firms are now very low from a historical standpoint,” he wrote, noting that the typical bank now trades below its book value. “Nonetheless, we anticipate that their valuations will remain depressed.”

Fans of Canadian bank stocks may want to ponder whether there is any good reason to think this country’s bank shares will be exempt from the global malaise.

This country’s big lenders do offer some undeniable virtues. Most notable are their diversified business models, which span not just lending, but areas such as wealth management and capital markets that can generate fee income even in a low-interest-rate environment. On top of that, Canadian banks take pride in their cautious approach to risk management and their high levels of equity capital in comparison to their assets. All of that bolsters confidence in the Big Five’s ability to maintain dividend payouts.

But will that be enough to stave off the problems facing the banking sector? It seems unlikely. Japanese and European banks boasted many of the same advantages, but failed to prosper in low-rate environments.

If anything, Canadian banks appear especially vulnerable because of their relatively high valuations. Royal Bank of Canada, this country’s largest bank, trades for 1.79 times its book value. By comparison, JPMorgan Chase, the largest U.S. bank, changes hands for 1.33 times book. If Royal Bank were to slide to a valuation similar to JPMorgan’s, the pain for Royal shareholders would be severe.

Investors in Canadian bank shares should keep their expectations in check. The dividends will keep on coming, no doubt. But hoping for a lot more than that may be a stretch. 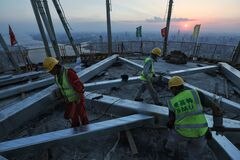 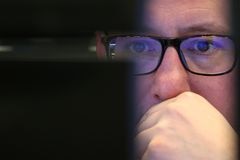 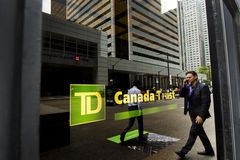