More and more experts are warning that Wall Street stocks have surged into bubble territory.

In fact, some analysts sound like sports fans as they compare today’s market euphoria with previous episodes of irrationality and argue about which ones belong in the hall of fame.

The hot debate is whether the current frothiness is as bad as the dot-com frenzy of the late 1990s, the Roaring Twenties bull market that led into the Great Depression, or even earlier examples, such as the South Sea bubble of 1720 that hammered Sir Isaac Newton and other investors.

Despite today’s giddiness, Citigroup strategist Robert Buckland is among those who still see room for stocks to climb. “Global equities are looking increasingly frothy but current performance and valuations still lag previous mega-bubbles,” he wrote in a note.

Mr. Grantham, who issued prescient warnings about both the dot-com bubble and the later U.S. housing bubble, wrote in a report earlier this month that today’s market “will be recorded as one of the great bubbles of financial history, right along with the South Sea bubble, 1929, and 2000.”

Whether this market is outright lunatic or just unusually expensive depends on which indicators you examine.

Mr. Grantham emphasizes what he says is the single most dependable sign of late-stage bubbles – “really crazy investor behaviour, especially on the part of individuals.”

The sevenfold increase in the share price of Tesla Inc. over the past year qualifies as lunacy, he suggests. So does the stampede to invest in special purpose acquisition companies (SPACs) that ask people to put up money on the vague promise that the company will eventually find something worthwhile to buy.

To be sure, irrational exuberance can persist for years, Mr. Grantham acknowledges. However, he thinks the current patch of giddiness won’t. The final legs of bubbles are usually marked by a flurry of accelerating gains, typically amounting to an advance of more than 60 per cent in the 21 months leading up to the peak.

U.S. stocks have surpassed that 60 per cent threshold in the months since the market bottom in March, 2020. “My best guess as to the longest this bubble might survive is the late spring or early summer,” Mr. Grantham writes.

For his part, Mr. Buckland prefers to focus on how share prices stack up against stocks’ long-run earnings power. He gauges this by calculating their cyclically adjusted price-to-earnings (CAPE) ratio, which compares stocks’ current prices with their average annual earnings over the past 10 years.

By CAPE standards, the current U.S. market is expensive but not a record setter.

What to make of this? The U.S. market is likely a bubble, “but history suggests it could get much worse,” Mr. Buckland says.

Investors may want to ask whether the potential reward for staying in the market is enough to offset the possible damage from a downturn.

Aswath Damodaran, a professor of finance at New York University and noted authority on valuation, likes to assess the market by calculating its equity risk premium – a measure of the extra expected return that investors are demanding for holding stocks instead of safe government bonds.

In a recent essay, he uses his estimate of the equity risk premium to calculate the U.S. market’s expected return. He pegs this expected return at just less than 5.7 per cent a year, well below the level in prior periods but still somewhat attractive in a low return world. Stocks may be overvalued by about 12 per cent, he estimates, which is “certainly not bubble territory, but still richly priced.”

In practical terms, though, his estimates still offer excellent reason to be cautious, especially given the uncertain outlook for containing the novel coronavirus. “I have a lot more cash in my portfolio than I usually do, and for the first time in a long, long time, I have bought partial protection from a market drop, using derivatives,” he writes.

He is not the only expert who is turning cautious. William Bengen, the 73-year-old financial planner and researcher who devised the widely used 4-per-cent rule for drawing down retirement savings, said in a recent interview with Barron’s magazine that he has temporarily cut his portfolio’s typical exposure to stocks in half.

“I just have a very uncomfortable feeling about the speculation in this market, the extremely high valuations and the disparity between the stock market and the economy with the virus,” he told Barron’s.

For Canadian investors, the good news is that the worst of the frothiness appears to be located in the U.S. By comparison, the rest of the world looks reasonably priced and British stocks appear downright cheap, according to Mr. Buckland.

But global stock markets tend to rise and fall in tandem. That suggests caution is in order even for stay-at-home investors.

‘Bubble? Perhaps, but it could get worse’
Subscriber content
January 25, 2021 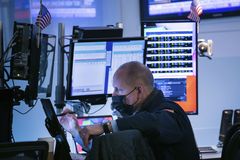 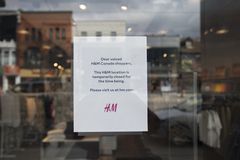 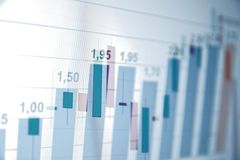