You can tell two compelling stories about today’s stock market. Both are quite persuasive. Unfortunately, they completely disagree.

The bullish story focuses on robust economic readings, such as the strong jobs numbers reported on Friday in Canada and the United States. Given such obvious signs of vitality, bulls argue that stocks are fairly valued, if not downright cheap, after the brutal declines they have experienced over the past couple of months.

In contrast, the bearish narrative points to the general trend toward slower economic growth, and concludes that Wall Street is living in a fool’s paradise. According to this line of thinking, share prices are doomed to continue dropping as corporate earnings fall back into line with historical trends.

Which story is more correct? Stock markets can’t decide. On Thursday, share prices plunged as Apple Inc.’s revenue warning and lacklustre readings on Chinese manufacturing cast a pall over the market. Then on Friday, stocks soared as the eye-popping U.S. jobs numbers spurred a new wave of buying.

Bond markets have been just as fickle. In December, investors in both Canada and the United States were betting that central banks would continue to hike interest rates in coming months. Only weeks later, those assumptions have largely evaporated. Futures markets, which measure investors’ expectations, show next to nobody thinks the Bank of Canada is likely to bump up rates at its next meeting, while the overwhelming majority believe the U.S. Federal Reserve will stand pat through all of 2019.


More mood swings are likely. But investors who feel whipsawed by the abrupt shifts can ease their anxieties by understanding both of the competing stories about where the market is headed next.

The bullish case rests on a still-decent global economy. Yes, growth is slowing, while trade tensions, Brexit and White House instability all offer reasons for concern. But most indicators continue to show moderate to robust expansion.

In the U.S., for instance, many commentators had warned in recent weeks of a recession ahead, but on Friday, the Bureau of Labor Statistics shocked observers by reporting the country had added 312,000 new jobs in December. The huge gain burst past forecasters’ expectations for an increase of only 177,000 jobs.

So much for that recession, at least in the next few months. “The economy is moving headed decently, if not solidly,” wrote Joel Naroff of Naroff Economic Advisors in Philadelphia. In his words, it is “decelerating, not declining.”

A similar trend appears true internationally. Robert Buckland, head of the global strategy team at Citigroup, maintains a checklist of 18 indicators that may be able to help spot a bear market ahead. The list includes factors such as elevated stock valuations, bond market stresses and big flows of money into stocks. In the run-up to previous stock market crashes, such as in 2000 or 2007, 13 or more of the indicators signalled it was time to sell.

Today, only 3.5 of the bear-market indicators are flashing red. The vast majority still signal no reason to fret. As a result, Mr. Buckland and his team predict global stocks will surge 14 per cent this year.

Tempting valuations are the biggest single reason for optimism. In Canada, the U.S. and the rest of the developed world, stocks look relatively cheap in comparison to their expected earnings over the coming year. In most cases, they are selling for under 15 times forecast earnings in 2019. By historical standards, that qualifies them as fair values or even outright bargains.

More sophisticated gauges of stock market valuation buttress the case for optimism. Consider, for instance, the equity risk premium, which estimates the compensation that people are demanding for the extra risk that goes along with investing in stocks rather than bonds. It now stands at the high end of its range over the past half century, according to calculations by Aswath Damodaran, a widely followed professor of finance at New York University.

The relatively lush premium indicates that investors are not being giddy. They are seeking a thick cushion of extra expected return for the dangers that go along with holding stocks. Given that, “I believe that stocks are more likely to go up in 2019, than down, given the information I have now,” Prof. Damodaran wrote.

So why worry? This brings us to the competing story, the case for negativity.

It rests on the tendency of corporate profits to surge then fall over the course of an economic cycle. Over long periods, the share of the overall economic pie that goes to companies’ earnings has a strong tendency to fluctuate around a constant level. If the earnings share of the economy gets too high, more competition will rush in, driving down earnings. On the other hand, if earnings fall too low, companies will withdraw from the market, allowing profits to rise again.

Since profits can vary, one good idea is to measure share prices against their underlying earnings per share over the course of an entire business cycle rather than just an individual year. The cyclically adjusted price-to-earnings ratio, or CAPE, does that by comparing stock prices to average real earnings over the past 10 years.

The CAPE ratio says U.S. stocks are still wildly overvalued. It suggests that U.S. stock prices look reasonable only because a decade of easy money policies has temporarily inflated the present value of corporate profits.

John Hussman, a prominent skeptic who runs the money manager Hussman Funds, uses the CAPE ratio to argue that U.S. stocks are still at one of their most expensive levels in history, even after their recent declines. Mr. Hussman calculates shares would have to lose about half of their value to return to historically normal valuations.

His point of view may seem rather extreme, but other observers share at least part of his concern. John Higgins of Capital Economics points to the high CAPE ratio as one reason to think U.S. stocks are still expensive. He expects companies’ profit margins to be squeezed in coming months by rising wages and higher import costs. In addition, he says, slowing global growth and maybe even a shallow U.S. recession are likely to weigh on companies’ bottom lines.

While it is tempting to think the worst is over for the S&P 500 index of big U.S. stocks, Mr. Higgins wrote Friday, “we wouldn’t be surprised if the S&P continued to falter.”

All of this, of course, is likely to leave investors as confused as ever. But if the recent market turbulence proves anything, it is that nobody knows what is going to come next. Greater clarity is going to emerge only slowly, as companies report earnings over the coming months. Until then, investors should enjoy hearing bulls and bears swap their tales, but not bet too much on either viewpoint. 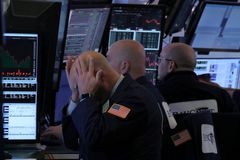 The stock market boom no one loved has become the bust no one understands Subscriber content
December 11, 2018 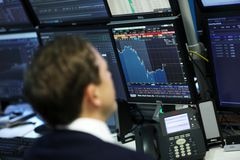 Why the foul mood of markets could flip on a dime Subscriber content
December 6, 2018