Quick: Name a stock market that outperformed Canada’s over the past decade and recently attracted the attention of Warren Buffett.

If you said Japan, congratulations. The Asian country, often held up as an example of economic dysfunction, is emerging as a surprisingly attractive alternative for investors seeking a counterweight to Canada’s stock market.

Consider this: Over the 10 years to the end of July, Japanese stocks more than doubled the payoff from Canadian shares. The iShares MSCI Japan ETF generated returns of 5.2 per cent a year on average compared with 2.4 per cent for the iShares MSCI Canada ETF. (All returns calculated in U.S. dollars.)

Mr. Buffett is one investor who appears to see more potential ahead. This week, his flagship company, Berkshire Hathaway Inc., reported it had made a US$6-billion investment in five of Japan’s trading houses.

Exactly what Mr. Buffett sees in them is a bit of a mystery. They are cheap and boast generous dividends, but also look like antiques, with sprawling, unfocused businesses that span multiple sectors of the Japanese economy.

Maybe that is part of their attraction. You don’t have to squint too hard to see Mr. Buffett’s investment as a diversified bet on the broad Japanese economy.

For Mr. Buffett, an investor who usually sticks close to his Nebraska roots, international forays are rare. If he is turning his eyes to Japan, it suggests that other investors may also start paying more attention.

So what about Japan’s reputation as a stagnant, dysfunctional economy? The country continues to skate on the edge of deflation, with public debt at mountainous levels compared to the underlying economy. To add to the drama, Shinzo Abe, the Japanese Prime Minister who attempted to stimulate the economy in multiple ways since 2012, has announced his imminent resignation and it is not clear what policies will be put in place by whoever takes his place.

Many of those issues, though, don’t look as uniquely frightening as they did back in the 1990s, when the abrupt slowdown in the Japanese economy was regarded as a weird one-of-a-kind problem.

These days, the country looks like more of a pioneer than a pariah. The problems it has confronted over the past three decades, including a popped real estate bubble, an aging population, stubborn disinflation and disappointing overall growth, now afflict much of the developed world.

Its biggest single issue is probably its declining population and especially its shrinking work force. It is difficult for any economy to grow vigorously if the number of consumers and workers within it is fading.

Skeptics, though, shouldn’t write off Japan just yet. The mediocre national numbers that result from Japan’s sliding population hide a much more positive story on the level of the individual worker.

In fact, if you adjust economic growth to reflect the decreasing number of workers, by focusing on gross domestic product per working-age population, Japan goes from dunce to honour roll. A 2015 study by the Bank for International Settlements found that Japan actually grew much faster than the United States in terms of GDP per working-age population between 2000 and 2013. So much for Japanese stagnation.

The country’s quiet success is reflected in investor returns. Over the past decade, Japanese stocks generated better returns than European shares as well as Canadian ones.

One particular point of appeal for Canadian investors is the lack of overlap between here and there. In many ways, Tokyo is the inverse of Toronto. The sectors that dominate the Canadian index – banks, miners and energy producers – barely register in the Japanese market.

In Tokyo, it is manufacturers, consumer discretionary, information technology and health care companies that make up most of the shares on offer. That suggests a modest exposure to Japan could act as a useful hedge against problems on Bay Street.

Japanese shares could also act as a hedge against further declines in the U.S. dollar or against global economic tumult. The Japanese yen is widely regarded as a safe haven in times of stress because of the country’s stable banking system and status as the world’s largest creditor.

On top of all that, Japanese share prices seem considerably less expensive than in many other markets. At the end of July, they were trading for 20.1 times their earnings, compared to 22.5 in Canada and 27.5 in the U.S.

It’s easy to see why Mr. Buffett may be interested. Other investors should pay attention, too.

Calculating the ‘greenium’? Germany may have an answer
September 2, 2020 The ‘reflation’ trade and why the outlook for the TSX is brightening. Plus, CIBC’s stock price may finally catch up to peers
September 2, 2020 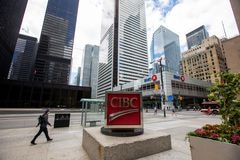