But that wasn’t the biggest financial story of the week. Investors were even more concerned about the melt up in bond prices as yields sagged to their lowest level in years.

By the end of trading on Thursday, yields on 10-year Canada bonds were down to 1.22 per cent, while 10-year U.S. Treasuries were yielding 1.72 per cent.

The dramatic decline in yields has been a surprise windfall for bond investors (prices rise as yields drop). A year ago, the U.S. Federal Reserve Board was in the midst of raising its rates four times in an effort to get back to more normal conditions. No one suspected at that point that the Fed would do an about-face this year that would revive the bull market in bonds that most people thought was dead.

But a combination of slowing global growth and escalating trade wars has changed the whole outlook.

And it’s not just the U.S. that has turned dovish. New Zealand, India and Thailand all announced rate cuts on Wednesday. The European Central Bank is expected to cut its rate in September, and its deposit rate is already negative, at -0.4 per cent. According to Deutsche Bank, about US$15-trillion worth of sovereign bonds now have negative yields, meaning you have to pay governments or central banks to hold your money.

The Bank of England held the line at its August meeting, although it cut its growth forecast for next year and put the odds of a U.K. recession at one in three, even if the country is able to negotiate a Brexit deal with Europe. A no-deal Brexit on Oct. 31 would almost certainly result in a massive rate-cut.

I’ve been advising readers for a long time to ensure they have some bond holdings to cushion their portfolios against a potential stock-market decline. Until recently, those investments were not generating great returns, but now all that has changed; bonds not only act as an insurance policy, they are also contributing to your bottom line.

For most people, the easiest way to add bonds to a portfolio is to buy ETFs that invest in them. Here are three I recommend:

iShares Core Canadian Universe Bond Index ETF (XBB). This fund is a proxy for the entire Canadian bond sector – government and corporate. It closed on Friday at $32.40.

Virtually all the bonds in the portfolio are investment grade (BBB) or higher. About 70 per cent is in federal and provincial bonds, 2 per cent in municipals and the rest in corporates. More than 23 per cent of the holdings are in long-term bonds, which are the most sensitive to rate changes – when rates decline, the price of long-term issues soars.

iShares Core U.S. Aggregate Bond ETF (AGG). This is the U.S. equivalent of XBB. It tracks the performance of the entire U.S. investment-grade bond sector. The closing price on Friday was US$112.64.

The credit quality of this fund is excellent, with almost 72 per cent of the portfolio invested in AAA bonds. However, it has more exposure to short-term bonds (five years or less) than XBB and less to long-term issues (20-plus years). That explains why the year-to-date gain is slightly less at 7.83 per cent.

iShares Global Government Bond Index ETF (CAD-Hedged) (XGGB). This fund seeks to track the FTSE World Government Bond Index, hedged back to Canadian dollars. It’s a new fund, launched in September, 2017, so we don’t have much performance history. It only gained 1.82 per cent in 2018, but this year it’s ahead 7.37 per cent year-to-date.

Consult your financial adviser before making any investment decision.

Disclosure: I own units in XBB.

Gordon Pape is the editor and publisher of the Internet Wealth Builder and Income Investor newsletters. 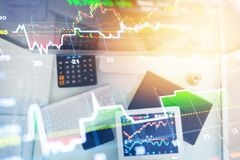 Despite an attractive yield, investors should steer clear of this company’s stock
Subscriber content
July 29, 2019 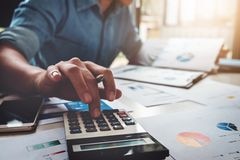