A key benchmark of British stocks surged to a record high on Friday, following a massive electoral victory by Boris Johnson’s Conservatives. Patient investors may want to bet on more stock gains to come.

One big reason to be optimistic is the sudden reduction in the uncertainty that has swirled around the British economy since a proposal to exit the European Union won a narrow victory in a 2016 referendum.

In the run-up to the election on Thursday, investors had feared the possibility of a Labour victory that would give Jeremy Corbyn the power to radically re-engineer the British economy in line with his brand of socialism. They had also worried about the possibility of an inconclusive result that would leave the Brexit situation as muddled as before.

The decisive vote, which gives the Conservatives a commanding majority in Parliament, clarifies the picture. And it sets the stage for a further rally in British stocks, according to some observers.

“We suspect there is much more upside potential for U.K. equities, and we think that they will perform quite strongly over the next couple of years,” Hubert de Barochez, a markets economist at Capital Economics, wrote in a note on Friday. “That is because they have underperformed their peers in other developed markets since the Brexit referendum by a large margin.”

British stocks are likely to play catch up over the next couple of years because they typically trade at valuations roughly 25 per cent lower than equivalent U.S. companies, Mr. de Barochez argues. He expects the MSCI index of British stocks to gain about 17 per cent in local currency terms by the end of 2021, compared with gains of 10 per cent or less for U.S., European and Japanese stocks.

Granted, a lot of uncertainty still lingers in the case for British stocks. While Mr. Johnson’s victory all but guarantees that Britain will leave the European Union in January, it leaves unsettled the terms of the future relationship between the U.K. and the continental trading bloc.

The two sides will spend the next several months negotiating during a status-quo transition period scheduled to last at least until the end of 2020. But exactly how long this transition period will ultimately stretch, or what the final shape of the trading relationship will be, is anyone’s guess. Mr. Johnson says he wants to reach an agreement by the end of 2020. Others think that deadline is hopelessly optimistic. Ivan Rogers, former British ambassador to the European Union, has warned that tying up all the loose ends could take up to 10 years.

“We need to expect a few more years of uncertainty,” cautioned Victoria Hasler, head of research at Square Mile Investment Consulting in London, in an interview with Investors Chronicle on Friday. “We should not expect a smooth ride.”

Investors who can tolerate a few bumps could find a lot to like in British stocks. The FTSE 100, an index of the biggest companies on the London Stock Exchange, boasts a dividend yield of 4.9 per cent – a lush payout compared with the yields on Canadian or U.S. stocks.

To be sure, many FTSE 100 companies are global miners or oil producers with only limited connection to the domestic British economy. But the next tier of LSE-listed companies, the FTSE 250, is more domestically focused and also boasts an attractive dividend yield of nearly 3.7 per cent. That index hit a record high on Friday as investors bet that increased clarity on Brexit, combined with more government spending by the Conservatives, will boost the British market over the next year.

One simple way for Canadians to invest in British stocks is through the U.S.-listed iShares MSCI United Kingdom ETF (EWU). It holds a diversified collection of large and mid-sized British stocks that could do well if a successful Brexit helps them narrow the valuation gap to their inter 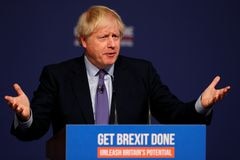 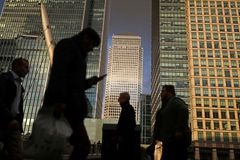 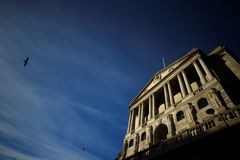