Once corporate Canada is comfortable spending money again, it will have a rather large pile of cash to put to work.

Canadian businesses have built up an excess cash position of approximately $80-billion over and above the prepandemic trend, according to CIBC estimates.

With a second wave of COVID-19 infections well under way, caution will likely prevail over the course of what is shaping up to be a difficult winter.

“We expect a relatively swift deployment of excess cash in the spring and into the summer,” Benjamin Tal, deputy chief economist at CIBC World Markets, wrote in a report.

“Keeping cash positions at current levels is hardly optimal and is thus unsustainable.”

It’s also fairly unusual, given the economic circumstances. In a recession, total business deposits tend to remain flat and steady, as cash preservation and reduced profits roughly offset one another.

This time around, Canadian businesses have grown their cash position by close to 15 per cent over last year, just one of the ways this recession is unlike any other.

Early on in the pandemic’s first wave, central banks forcefully intervened to keep liquidity flowing through the financial system, heading off the kind of credit crunch that morphed into the global financial crisis more than a decade prior.

With interest rates so low that money is basically free, Canadian corporations have tapped debt markets at will. They borrowed to build up war chests, to prefund planned projects, to refinance existing debt with better terms, and to keep dividends flowing.

Investment-grade issuance in Canada more than doubled in the first seven months of 2020, compared with the same timeframe last year, according to a report by credit-rating agency Moody’s.

Add in the unprecedented levels of monetary and fiscal stimulus by the U.S. Federal Reserve and the Bank of Canada, and corporate coffers have been flooded with liquidity.

The same goes for Canadian households. The initial surge in emergency government spending related to the pandemic was focused on quick deployment, and it more than offset the hit to Canadian incomes from layoffs and furloughs.

As a result, disposable income in the second quarter actually increased. And with fewer options to spend that money, many Canadians stashed it away. As of the end of June, the savings rate soared to 28.2 per cent, up from 3.6 per cent before the pandemic.

On the corporate side, easy access to cash has allowed the Canadian corporate sector to largely maintain dividends, even as earnings fell off a cliff.

The second-quarter hit to earnings for S&P/TSX Composite Index companies, for example, was 42 per cent, year over year, according to Refinitiv data.

And while dozens of small and mid-cap companies were forced to cut dividends, the large-cap segment of the market emerged unscathed, with the notable exception of Suncor Energy Inc., which reduced its payout by more than half in May.

Aggregate TSX dividends have remained steady so far this year, despite what is projected to be a 21-per-cent decline in 2020 earnings.

That continuity of dividends should remain, as long as there is an abundance of cash and liquidity, said Ryan Bushell, president and portfolio manager of Toronto-based Newhaven Asset Management.

“Unlike ’08-’09, we didn’t have a crisis of confidence, and so there hasn’t been an impetus to pull in the reins in any way you can.”

It’s less clear, however, that excess cash and ready access to credit markets will result in a resurgence of investment by Canadian corporations, once the pall of the pandemic finally lifts, Mr. Bushell added.

“Cash hoarding is nothing new. People have been waiting on that to go into capital investment for the last decade.” 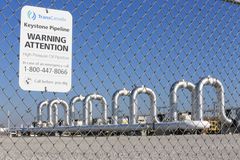