It’s harder to save for retirement if you’re a woman.

Women also live longer than men on average, which makes it still harder to save enough. Statistics Canada’s most recent numbers suggests a 65-year-old woman has a life expectancy of 22 more years, compared with 19.2 for a male. Note: Those are average numbers, with many people living both shorter and longer.

The difference in life expectancy between men and women

Women live longer than men on average, which is a big reason why they need to save more for retirement. Here's a look at life expectancy for women and men at various ages.

Single women, you’ve got to save more than the men in your circle of friends, family and contacts. Clay Gillespie, managing director of RGF Integrated Wealth Management in Vancouver, has estimated that women need total savings that are between 8.5 per cent and 9.5 per cent more than males just to make up for their longer life expectancy. He got these figures by looking at close to 50 different possible retirement outcomes and using a fairly conservative 3-per-cent rate of return after fees and inflation.

A 2016 paper written by Diane Garnick, a U.S. retirement income expert, said a woman recently graduated from college would have to save 18 per cent of her salary to be as well off as a man in a similar position who saved 10 per cent. That’s because women generally work for fewer years and receive fewer salary increases.

Married women, you’ve got to be sure you have enough to live on if your male spouse dies before you. “In almost all cases, even given differences in age levels, it’s relatively rare to see male partners outliving their female spouse,” said Richard Brown, longevity risk consultant with Club Vita Canada, a subsidiary of the consulting firm Eckler Ltd.

The gap between life expectancy for women and men has been narrowing in recent years. Mr. Brown said females lived 4.3 years longer than men in the 1980s and 2.9 years longer in 2011, the most recent year for which there is strong data. Still, it’s not projected that males will start living longer than females. “It’s pretty consistent across the globe that females outlive males,” Mr. Brown said.

Life expectancy is rising for both women and men, a fact that financial planners and investment advisers have really latched on to. I asked my planner and adviser connections on LinkedIn what life expectancy they’re using in their projections for clients and the answers were typically 90 to 95, although a couple of people said they go longer than that.

“I always use age 100 for planning,” Margaret Cameron, an Ottawa-based financial coach and CFP, wrote. “Given the number of clients I have older than that, I am wondering if I should increase it, especially when there is longevity in the family.”

Andrew Brydon of Wealth Stewards Inc. wrote that his firm starts with the age of 100. “For people currently age 60 and under or 70 and under with parents in their 90s, we stress- test to age 105 and develop a what-if-scenario plan to ensure the possibility is planned for.”

Planners don’t typically use life expectancy numbers like those from Statistics Canada because they distill widely varying experiences into a single number. Club Vita’s research shows that an individual’s longevity depends on health in retirement, level of affluence, socio-economic status and job type, along with age and gender.

For both clients and advisers, the worst possible outcome is for someone to outlive their money. As a result, advisers sometimes use life expectancy estimates that will in some cases be overly optimistic and thus require clients to save more than they actually need.

Ms. Bolstad, the financial planner in Calgary, said she encourages clients to let her use 90 or older because she considers longevity risk – the possibility of outliving your money – to be the biggest danger in retirement planning. Her plans project a life expectancy for the last to die in a couple, which often turns out to be a woman. “A lot of my 70-plus clients are single women whose husbands have passed,” she said.

Mr. Gillespie noted that longer lifespans work against women who choose an annuity (you pay a lump sum to an insurance company for a life-long stream of pre-set income). Online quotes from RBC Insurance this week showed a 65-year-old man would pay $368,446 for a $2,000-a-month annuity, while a woman of the same age would pay $414,922.09.

“I had someone literally get mad at me when I showed them that an annuity was different for a male and a female,” Mr. Gillespie recalls. “She said, that’s unfair.”

It’s pretty consistent across the globe that females outlive males.

The Canada Pension Plan (CPP) is another area where women’s longer lifespans have a big role in decision-making for planners and clients. If a husband aged 65 and older dies first, his spouse will not receive his Old Age Security, and the same could apply to his CPP benefits. There’s a small CPP survivor’s benefit for the spouse or common-law partner of a CPP recipient, but a woman might not be eligible to receive it if she has a substantial CPP benefit or of her own.

And then there’s the always contentious matter of when to start receiving CPP retirement benefits. The standard age is 65, but you can start as early as 60 at a reduced payment, or wait as late as 70 and get more. Mr. Gillespie said life-expectancy data suggest delaying, especially for women. “The math always suggests taking it later, unless you need the money.”

To do your own analysis of when to take your retirement benefit, try our online CPP calculator. It also includes a Q&A on how the CPP works, including the survivor’s benefit.

That U.S. paper on the gender retirement gap listed three savings challenges that apply to women before they retire – they work fewer years than men, they earn less and they take on less investment risk, which means lower investment returns.

“There’s more knowledge out there today about income gaps and women being caregivers and ultimately not being able to save as much,” Ms. Bolstad said. “And then, on the flip side, they’re living longer and have to potentially finance a longer retirement.” 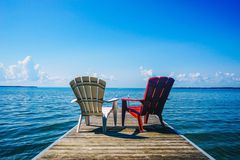 Ten of the worst mistakes you can make in retirement
January 9, 2018 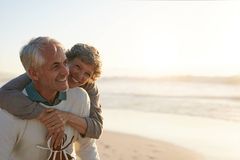 Retirement anxiety? How to reduce the risks
December 14, 2017 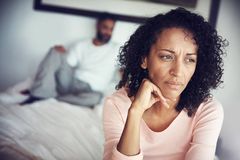