I get asked constantly about the extreme degree of risk in the world today. Of course, my answer is that the level of risk is at an extreme high, but the thing about risk is that the range of outcomes is still known – and it can be priced.

The real problem is uncertainty: The range of possible outcomes is not known and, unlike risk, it cannot be priced. And between global trade tensions, U.S. 2020 election unknowns (and the crucial implications for fiscal policy), Hong Kong strains, Argentina default risk, Brexit, Iran and North Korea, uncertainty has rarely been as high as it is today. This includes other very tense periods such as the financial crisis, the tech wreck and 9/11.

The way economists “model” this out in their GDP equations is to introduce a “dummy variable” to capture episodes of extreme uncertainty – uncertainty that is reflected in the private sector’s rising preference for liquidity and climbing savings rates. At last count, the drain to global GDP growth from all this uncertainty is fast approaching one percentage point for both this year and next.

We also have to factor in the U.S. Federal Reserve’s policy misstep of having tightened too far this cycle, taking the funds rate at least 100 basis points above our estimate of where the neutral rate is – even if the central bank has been trimming back of late. This is one area where I agree with U.S. President Donald Trump – between the nine hikes and the quantitative tightening, the Fed has effectively tightened policy by nearly 400 basis points this cycle. When the policy lags are taken into account, rare is the day that such restraint has not caused a recession to follow suit.

The 2002-07 expansion was built on an abundance of liquidity where nearly free money engineered a mortgage and housing bubble of epic proportions. The current cycle was fuelled by an even more dramatic and prolonged effort by the central banks to borrow freely and generate asset inflation that in turn would propel a “wealth effect” on spending. Well, we got the asset inflation all right, but with it came a massive widening in wealth inequality, which takes us to new extremes in terms of social instability. Meanwhile, the impact on spending was minimal.

In fact, the economic expansion ended up being so feeble that real GDP, fully more than a decade into this cycle, is some 15 per cent below the trendline it would have been on had this recovery been anywhere close to normal. From my lens, the damage is done. The deepest negative effects from the U.S.-China trade war lie ahead, especially this latest round that hits a broad array of household goods. The recent macro data have been skewed by pre-tariff, precautionary spending by consumers and the same is the case on the inventory front by the business sector – the latter point highlighted in the latest surveys by the Institute from Supply Management.

The collapse in business investment globally, relative to where desire‎d savings are, has been the critical factor behind the slide in market interest rates this year. That is the explanation that somehow gets muddled in the debate. Not to mention we are seeing deepening deflationary expectations, which is the only fundamental reason why an investor would buy a long-duration bond with a negative yield. It should not be lost on anyone that what made this cycle unique is that for the first time ever, an economic expansion failed to close the output gap.

And now with the leading indicator of the Organization for Economic Co-operation and Development slipping in each of the past 18 months, to the lowest level since 2009, this output gap will widen and exert downward pressure on prices. That this happened with global inflation peaking this cycle at an unprecedented low level of 2 per cent, half the 4-per-cent high of the previous cycle, and looking at how far inflation rates fall in global economic downturns, one can surely be forgiven for maintaining a deflationary view and investment strategy. This is why the rally in high quality bonds, rate sensitive and non-cyclical equities, gold, silver and defence-industry stocks will not end soon, and periodic pullbacks in any of these should be treated as buying opportunities.

While investors focus on how low U.S. Treasury yields are, what they fail to see is how high they are relative to the rest of the world. These securities have an average rating of AAA and trade at a premium to many lesser-credits around the world. Plus you get paid in greenbacks, which tend to be in short supply in periods of high anxiety and uncertainty.

One other thing about Treasury notes and bonds – two in fact. What they have that nothing else possesses to the same degree are safety and liquidity. Safety in that you know full well what you get paid upon maturity – that is true even with a negative-yielding bond, which is akin to putting your valuables in a safety deposit box for a fee for safe-keeping. That’s the theme here – how to be safe, even for a fee, in uncertain times. And liquidity is key, because while it’s close by when times are good, it’s awfully hard to find when things get rough.

Investors, be as liquid as possible. These are truly historic and dangerous times
Subscriber content
August 9, 2019 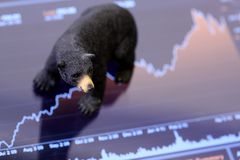 Six major risks facing the markets (and what to do about them)
Subscriber content
July 11, 2019 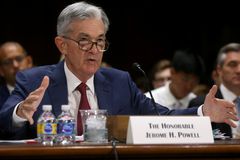 Why I’m the only one calling the U.S. jobs data a dud
Subscriber content
July 8, 2019 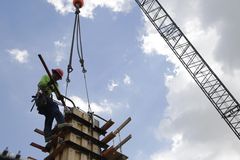