What ties together today’s plunging stock markets and midterm pipe bombs? Both are legacies of a decade of financial crises.

Share prices are vulnerable because central banks are withdrawing the extraordinarily low interest rates they put in place during the crisis years to nurse economies back to health. Meanwhile, political extremism is surging in many countries because middle-class families believe crisis-obsessed policy makers have demonstrated far more concern for banks than ordinary people.

Anyone who wants to ponder how these twin themes intertwine should read Crashed, a brilliant study of 10 years of financial calamities, published this summer. Its author, Adam Tooze, a professor of history at Columbia University, examines both the global meltdown in 2008 and the Greek debacle that rocked the euro zone a few years later. He demonstrates how the effects of those financial crises are still rippling through markets and politics.

In a recent interview, he made it clear that there continue to be plenty of reasons for worry, although the nature of those concerns has shifted. “We will not get a repeat of 2008,” he said, noting that the global meltdown came out of a peculiar configuration of events that created a private-sector crisis involving banks in many countries.

The next crisis is likely to proceed from very different causes. Mr. Tooze points to three areas of particular concern.

The first is the risk that a conventional recession in the United States could result in wider consequences for an economy that has feasted on ultra-low interest rates for too long.

While it’s not clear where risks are most concentrated – “that’s never obvious until the crisis is already here” – one likely candidate is the booming market in high-yield corporate debt. This debt – essentially junk bonds issued by corporations – has grown at a rapid clip. If defaults were to surge as rates rise and the economy weakens, the resulting losses could rip a hole in the balance sheets of the institutions holding the debt.

For now, though, Mr. Tooze regards the danger as being limited. To the degree these loans aren’t centred on fragile banks, the most likely outcome would be a downturn that would resemble the relatively modest recession after the bursting of the dot-com bubble rather than the global crisis of 2008.

Much more pressing, in his opinion, is the high-stakes poker game around European government debt. Italy’s insistence on running big deficits to finance increased government spending is testing the bounds of the euro zone rules on fiscal stability. If bond-rating agencies were to continue to downgrade Italian debt over the coming months, the cost of servicing that debt could spiral to a level that the already heavily indebted Italian government could not realistically sustain.

That could lead to a vicious spiral in which potential lenders suddenly demand much, much higher interest rates, turning Italy’s financial situation from worrisome to dire. And the problems could spread quickly beyond Italy if lenders begin to doubt the financial architecture of the euro zone as a whole. “That could be six months away,” he said.

A third area of concern is emerging markets. “Their balance sheets were wrenched out of shape by the incredible cheapness of dollars” in recent years, he said. As dollars get more expensive, both in terms of currency value and in terms of higher interest rates, the ripple effects will be significant.

One of the biggest victims will be China, which accounts for 30 per cent of global growth, more than the United States and Europe combined. “If the China bubble bursts, we have a very different outlook for the global economy,” Mr. Tooze warned.

Yet, he isn’t necessarily a pessimist about the world outlook. Much will depend, he said, on how leaders and institutions respond to the pressures that are building. Deft governance and close international co-ordination could mitigate, or even erase, many of today’s apparent problems.

The deeper issue, he suggested, is political. A decade of financial crises has gutted the appeal of many traditional political parties. In country after country, supposed leaders failed to spot dangers until it was too late, and didn’t deal with the aftermath particularly well. In nearly all cases, their emergency measures favoured banks, not ordinary citizens.

Voters have responded by kicking back at the Establishment. Whether it’s Trump-style Republicans in the United States, Brexiters in Britain or right-wing nationalists in Hungary, people have taken delight in rejecting the globalist, big-business orthodoxy that prevailed before 2008.

It’s not that the financial crisis created populism, Mr. Tooze said. The roots of the current discontent go all the way back to the 1970s, when globalization, technology and economic shifts began to widen the gap between white-collar and blue-collar workers. In the United States especially, that gap has become a chasm, with scarcely any unemployment among managers with graduate-level qualifications, but widespread unemployment or underemployment among those without the necessary qualifications.

The trends are long-standing, but what has changed over the past decade is the ability of mainstream political parties to mediate between voters' needs and a shifting economy. On the left, politicians used to be able to address working-class concerns within the context of a centrist economic policy. On the right, they could nod in the direction of nationalism, but still advance a globalist agenda.

The financial crisis strained those “uneasy combinations” of politics and economics. It exacerbated the fundamental electoral challenge by undercutting the parties in the centre of the spectrum and increasing the appeal of rabble-rousing extremists. “The ability of centrists to hold power, and wield it successfully, has suffered a devastating blow,” Mr. Tooze says.

Where we go from here is hard to predict. It depends on each nation’s political architecture and also the degree to which the actors in that system are responsibly maintaining it or using the crisis as an excuse to exploit grievances.

The Great Depression led to the rise of Hitler, Mr. Tooze points out. It also led to the progressive reforms of the New Deal in the United States. The lasting response to the financial crises of the past decade will depend not just on economics, but also on how politicians choose to forge a new consensus. 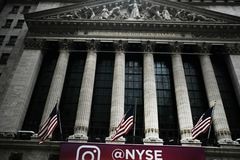 The 10-year hangover: How the long shadow of the global financial crisis endures Subscriber content
September 14, 2018 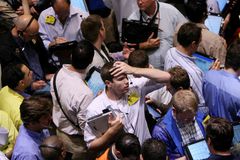 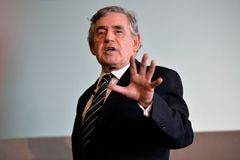 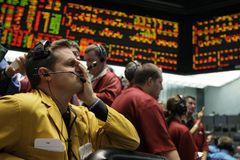