The minnows of Lake Erie dart away when disturbed by passing waders.

Their caution is warranted because they risk being captured by children or becoming lunch for larger fish.

When it comes to lunch, many investors pay for their lakeside repast using money sent their way in the form of dividends from large companies. But smaller companies also pay dividends and often generate succulent returns.

In an effort to catch some smaller stocks, I took the philosophy behind the Frugal Dividend portfolio and applied it to small and mid-sized firms. The idea, in a clamshell, is to look for dividend-paying stocks with low volatility in the past and low price-to-earnings ratios.

The search for smaller stocks is motivated by an effort to diversify dividend portfolios, which are often dominated by the big five Canadian banks. Don’t get me wrong, the big banks can be quite attractive and they fit the criteria well because they tend to be less volatile than average and often trade at low earnings multiples. But it’s useful to have exposure to a collection of different businesses, and smaller firms usually have more room to grow than the big guys.

To find smaller fry, I start with a pool of the largest 300 stocks in Canada and remove the biggest 50. I then fish through the remaining 250 stocks for dividend payers and chop the dividend-paying list in half to keep those that have the lowest volatility over the prior year. I then narrow in on the 20 stocks with the lowest price-to-earnings ratios and put them into what I’ll call the Perch portfolio in honour of my fishy theme.

The Perch portfolio enjoyed average annual gains of 15.4 per cent over the 20 years through to the end of July, 2019, assuming the portfolio was rebalanced monthly and contained an equal dollar-amount of each of the 20 stocks. By way of comparison, the Canadian stock market, as tracked by the S&P/TSX Composite Index, advanced by an average of 6.9 per cent annually over the same period. (The returns herein include reinvested dividends.)

The first accompanying graph shows the return history of the portfolio and the index in more detail.

I’m always interested in downside risk and the second graph highlights the Perch portfolio’s performance during poor periods. It shows how far the portfolio fell, as a fraction of its prior peak, and includes similar data for the index.

The S&P/TSX fell to less than 60 per cent of its prior highs in both 2002 and 2009. While the Perch portfolio sailed through the 2002 decline, it provided only a little protection during the 2008 crash when it declined by 35 per cent. The portfolio fared worse than the market during last year’s downturn when it gave up 18 per cent versus the market’s 12-per-cent tumble. Over all, the portfolio fared better than the market during many downturns, but not all of them.

The current list of Perch portfolio stocks is shown in the accompanying table. It sports an average dividend yield of 3.9 per cent and an average earnings yield of 11.4 per cent. (Disclosure: I own four of the 20 stocks.)

A word of caution is in order because methods that have performed extraordinarily well in the past may go on to disappoint. The returns may be worse, and the downturns more significant, in the future.

Stormy weather hit the market in the early part of August – as it often does in the summer and early fall. But a downturn can represent a good buying opportunity for those who don’t mind braving the market’s waves.

They should take a look at what the small fry have to offer.

Why investors whose advisers are using behavioural technology may not be getting the best service Subscriber content
August 5, 2019 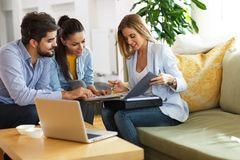 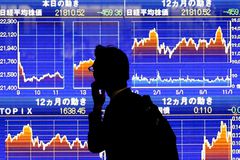 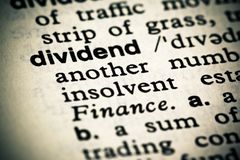